The Giulia will be powered by a Ferrari-sourced 3.0-litre twin-turbo V6; other engine options yet to be listed. 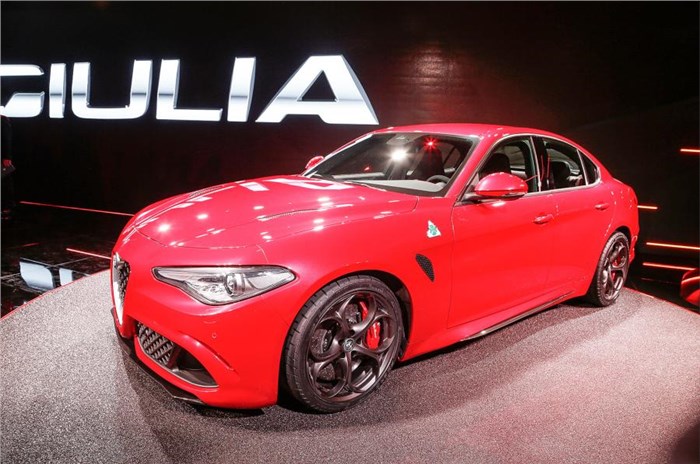 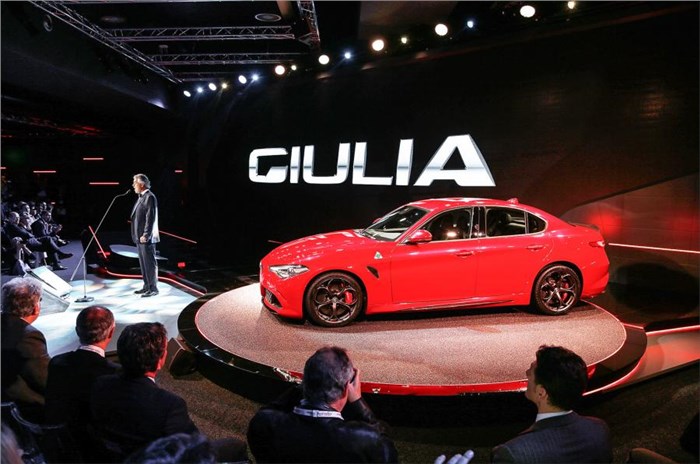 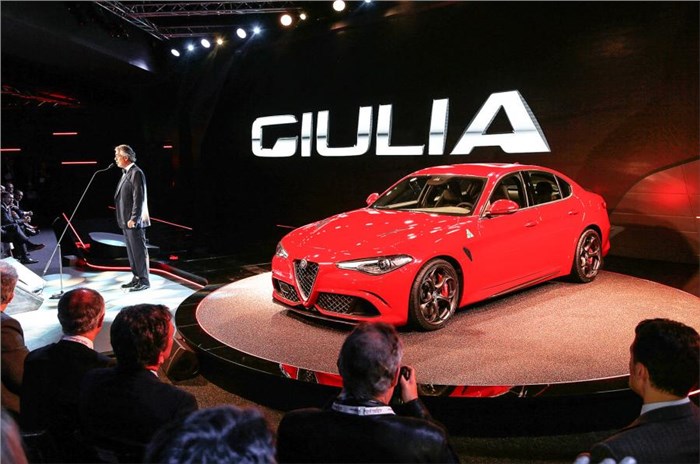 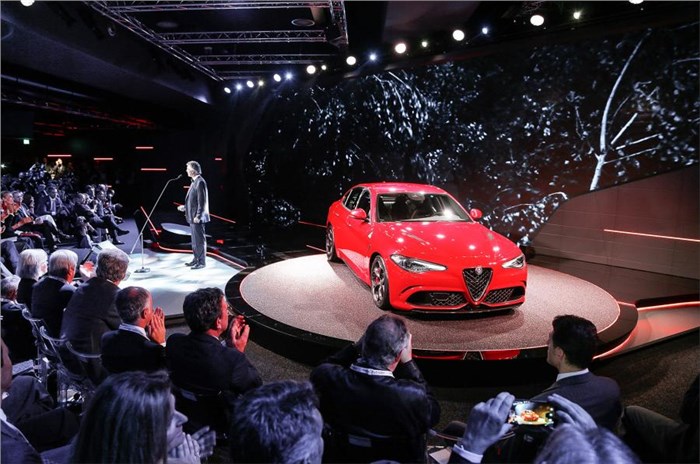 Alfa Romeo has taken the covers off its new Giulia. This model is expected to sit atop the range currently being offered by Alfa Romeo, once it goes on sale internationally sometime early next year.

The Italian manufacturer has used considerable amounts of carbon fibre, aluminium composites and plastic to keep the new Giulia’s weight to around 1,500kg in its top-spec Quadrifoglio Verde form. In the body panels, carbon fibre has been used to mould the bonnet, roof, prop shaft and front seat structures.

Inside, the Giulia uses leather, wood, fabric and carbon fibre throughout giving the interior space a premium look. The new Alfa also features only two control surfaces — one dedicated to the company’s DNA drive model system and the other for a new infotainment system. Expected to debut in the new car is the new Race mode in the DNA system.

Alfa says that the new Giulia features 50:50 weight distribution along with a customised suspension set-up based on a double wishbone front and multi-link rear unit.

Engine details for the new Alfa Romeo are limited with the company only confirming the use of a 503bhp, 3.0-litre twin-turbo V6 sourced from Ferrari in its Quadrifoglio Verde trim. The same engine is also expected to found under the hood of the upcoming Ferrari Dino. Alfa has remained quiet about the other expected engines. However, the replacement for the 1.75-litre four-cylinder unit from the current Alfa Romeo 4C is expected to make its way into the new Giulia. Power is expected to be around 290bhp in its highest state of tune.

The new Alfa Romeo Giulia will rival the likes of the BMW 3-series, Audi A4 and Mercedes-Benz C-class with the top-spec Quadrifoglio Verde trim to rival the performance models.