ABS becomes mandatory on two-wheelers, cars in India from today

This move is expected to enhance safety of two- and four-wheelers and reduce the instances of road accidents in the country. 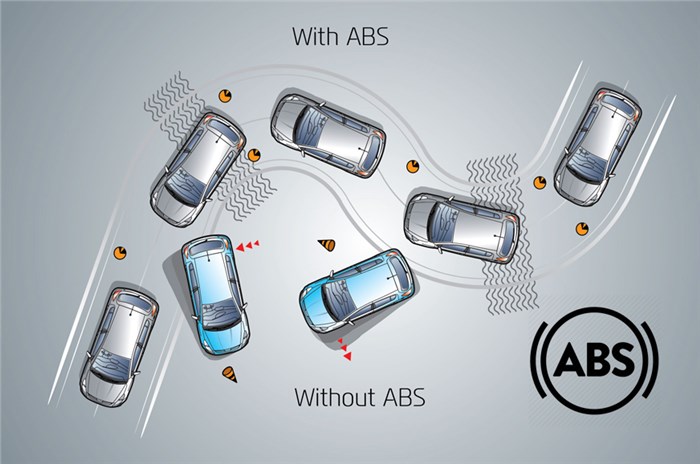 From today, April 1, 2019, all four- and two-wheelers manufactured in the country will have to be compulsorily fitted with ABS or an Anti-Lock Braking System.

The government's directive to make ABS mandatory – an important step towards improving road safety – spearheads a wave of vehicular safety measures that will come into effect this year.

The benefits of ABS technology are well-known and proven all over the world. And in many cases, it could even be the difference between life and death on the road. ABS is an advanced braking mechanism which prevents the wheels from locking up and, consequently, prevents the vehicle from skidding under hard or panic braking, thereby avoiding accidents.

In the run-up to the April 1, 2019 deadline of making ABS mandatory, many carmakers, especially those with models in the budget-end of the market, announced the addition of this safety feature to their existing model lines. Premium cars and bikes typically come fitted with ABS as standard across the range.

The directive for fitment of ABS will be followed by a bunch of other mandatory vehicular safety measures such as a driver-side airbag, a speed warning system, a seatbelt reminder for driver and co-driver and rear parking sensors that'll have to be standard on all cars from July 1, 2019.

More stringent requirements for full-frontal impact, offset-frontal impact and lateral/side impact – which have already been brought into force on all new cars launched after October 1, 2017 – will apply to all models on sale in India from October 1, 2019.