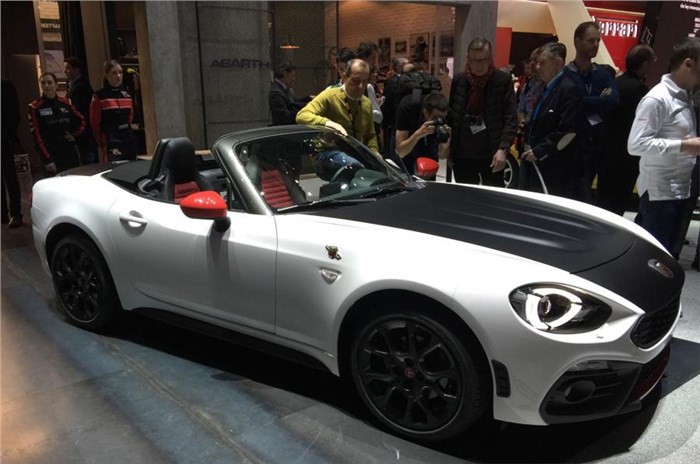 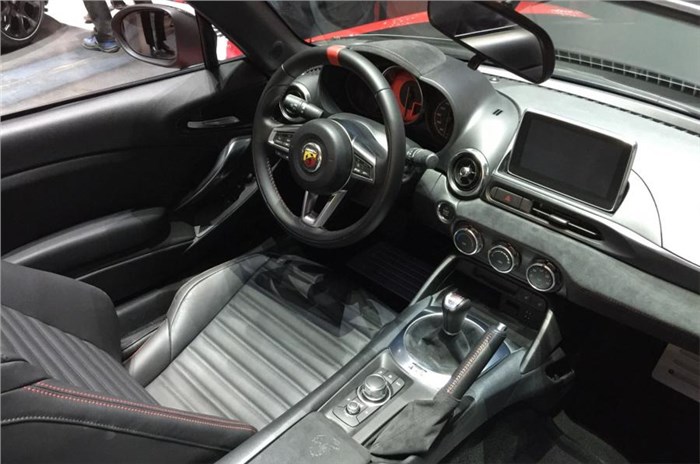 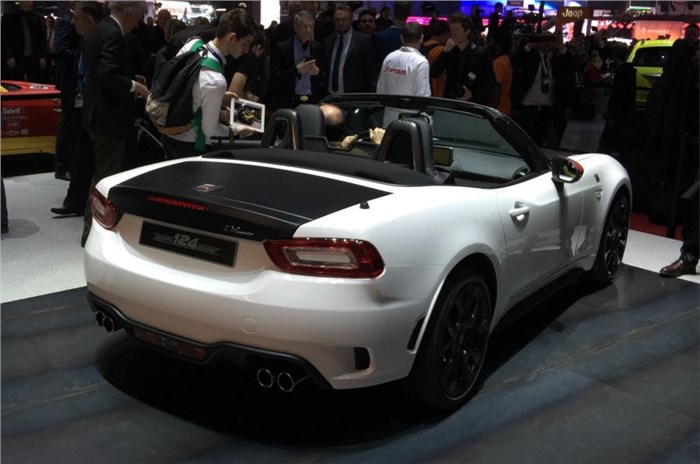 Fiat has unveiled a performance version of its two-seat roadster in the form of the Abarth 124 Spider.

The 124 has been developed in association with the Abarth Racing Team and gets more aggressive styling with a matte black bonnet and boot lid, and also comes with a limited-slip differential.

Abarth claims a 0-100kph time of 6.8sec and a top speed of 230kph, and the 'Record Monza' exhaust system comes equipped as standard.

The two-seat, rear-wheel-drive Abarth 124 Spider weighs 1060kg and has a 50/50 weight distribution, according to the manufacturer, who also says it has a class-leading power-to-weight ratio.

Suspension and damping has been tweaked from the Fiat 124, with the Abarth version getting double-wishbone front suspension and five-link setup for the rear, which the Italian manufacturer says has been tuned to offer greater braking and cornering stability. It also gets front aluminium calipers.

Abarth also unveiled a prototype rally version of the 124 Spider at Geneva, with 300bhp at 6500rpm, which is set to make its debut in the 2017 rally season.