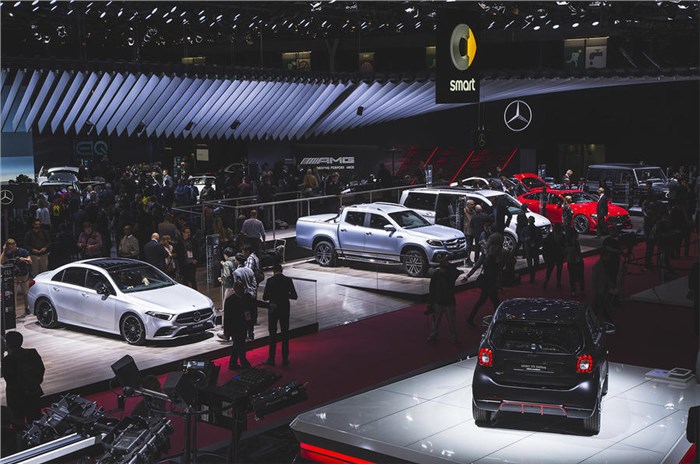 The 2020 Paris and Detroit motor shows are the latest international auto shows to be cancelled due to the coronavirus (COVID-19) pandemic.

The Paris motor show has been scrapped “in its current form” for this year, with organisers citing the uncertainty caused by the pandemic and its economic impact.

The biennial event was due to start on September 29 at the Porte de Versailles exhibition centre in the French capital. Alternating each year with the Frankfurt motor show, the event is one of the biggest on the motor show calendar, with more than a million visitors attending the 2018 event.

In a statement, event organisers said that the decision was taken due to the “unprecedented health crisis”, and the resulting “economic shock wave” it had caused for the automotive sector. Organisers cited the uncertainty over when movement and other restrictions would be eased, as a reason for the early decision.

While the main event will not run as a traditional motor show, organisers said that elements of the wider Paris Motion Festival – the Movin’On innovation and sustainability summit, the Smartcity show and a number of out-of-town events – were “not in question”.

Organisers added: “We will study all the alternative solutions. The profound reinvention of the event, with a festival dimension based around innovative mobility and a strong B2B component, could offer an opportunity.

“Nothing will be like before, and this crisis must teach us to be agile, creative and more innovative than ever.”

It remains unclear if organisers will attempt to run a full show again in 2022, or if the “profound reinvention” means the ‘traditional’ motor show element will not return. The organisers of the Frankfurt show have already decided to move it to Munich for its next running in 2021.

Organisers of the Detroit motor show also announced the cancellation of this year’s iteration of the show, along with announcing refunds for those who had already purchased tickets. The organisers cite the ongoing health crisis and the possibility that the venue for the show could be converted into a temporary hospital by the Federal Emergency Management Agency (FEMA) as reasons for the show being cancelled.

“Although we are disappointed, there is nothing more important to us than the health, safety and well-being of the citizens of Detroit and Michigan, and we will do what we can to support our community’s fight against the coronavirus outbreak,” said NAIAS executive director, Rod Alberts.

“With the more than 100 convention centres and facilities around the country being considered to potentially serve as temporary hospitals, it became clear to us that TCF Center would be an inevitable option to serve as a care facility to satisfy our community’s urgent health needs,” he said.

The 2021 edition of the Detroit Motor show is set to take place in June next year.

The COVID-19 pandemic has led to the cancellation or postponement of most of the major motor shows due to take place this year. The Geneva motor show, scheduled for earlier this month, was cancelled, while both the Beijing and New York shows – due to be held in April – have been postponed.