15 concept cars that ended up being made for the road 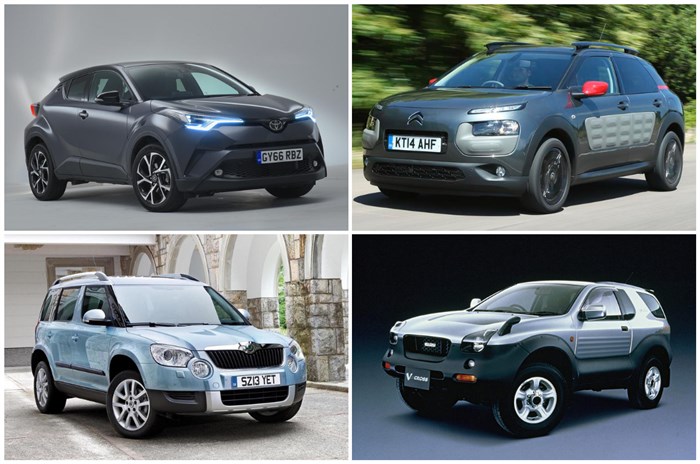 We highlight some models that look like they’ve just rolled off a motor show stand.

The pressures of marketing, finance, safety and the environment ensure that a concept car rarely makes it to the road without a raft of changes. A production version will almost certainly be a compromised shadow of its former self, much to the chagrin of the car’s designer. However, our list of 15 cars reveals that it is possible to live the concept car dream. 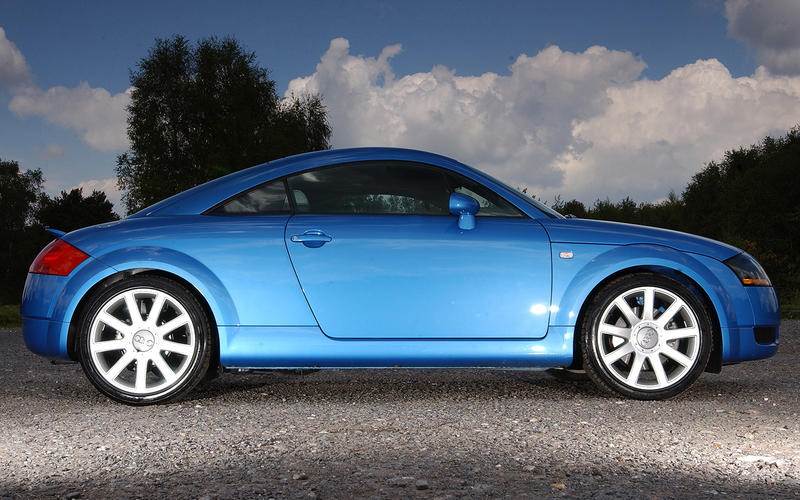 The original Audi TT was unveiled at the 1998 Paris motor show and it made the transition from a 1994 concept car to production reality with only minor revisions, including small windows behind the doors. A year later, at the 1999 Geneva motor show, Audi added a convertible model, which looked remarkably similar to the TT Roadster concept of 1995. Of course, the most notable change to the TT was the installation of a rear spoiler, fitted in the wake of a number of high-speed crashes. 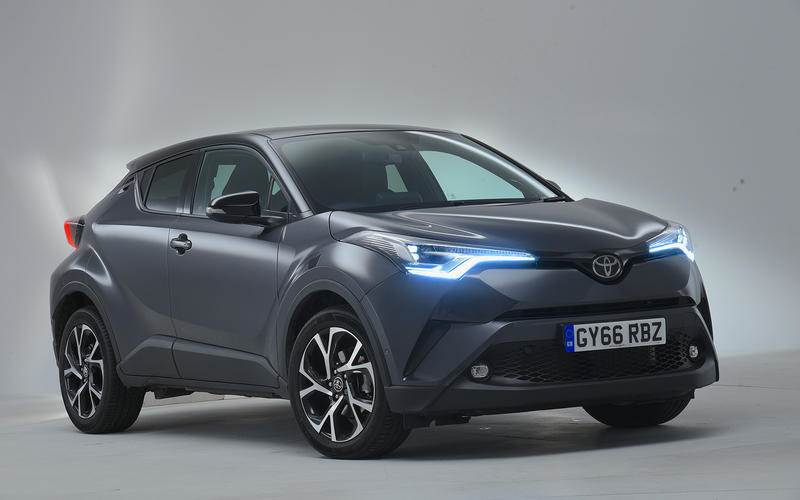 It’s not quite as daring as the C-HR Concept cars of 2014 and 2015, but you can’t accuse Toyota of playing it safe. The C-HR – or Coupé High-Rider – manages to stand out in a market dominated by dull and largely uninspiring crossovers, especially if you opt for the Nebula Blue metallic paint. Our sister publication, Autocar UK, said about the C-HR, “Although it’s not quite a class leader, the C-HR feels like the product of a giant of the global car industry getting out of its seat on the periphery of the European market to up the ante.” 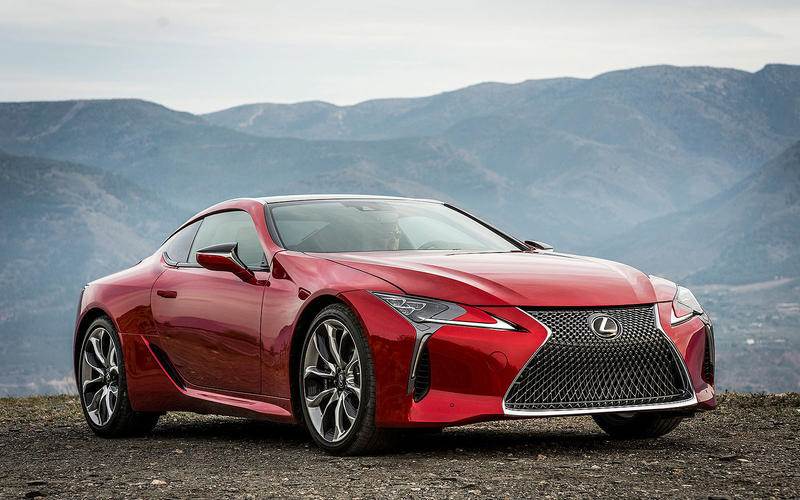 It’s amazing to think that the design of the stunning Lexus LC stems from the LF-LC concept of 2012. Nearly a decade on, the LC Coupé and LC Convertible are two of the most alluring new cars you can buy. Penned at Lexus’s Calty design studio in California, the production LC 500 went on sale in India early last year. Show-stopping styling with the power of a V8: what’s not to like? 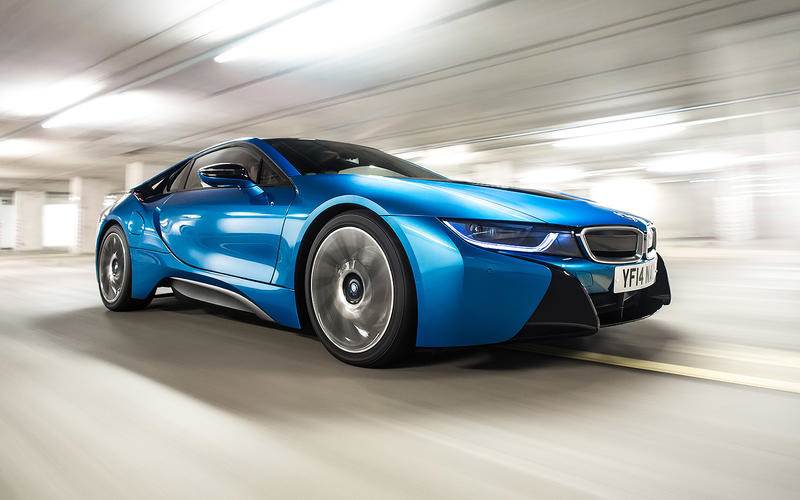 Its dihedral doors wouldn’t look out of place on a motor show stand; they even get an electric release rather than a conventional handle. The BMW i8 story began with the 2009 Vision EfficientDynamics concept, which featured a three-cylinder turbo-diesel engine and a pair of electric motors. This made way for a petrol-electric plug-in hybrid, before the production version arrived in 2014.

Many years on, the i8 still looks like the future. Production ended in 2020, without a direct replacement and over 20,000 examples were produced. 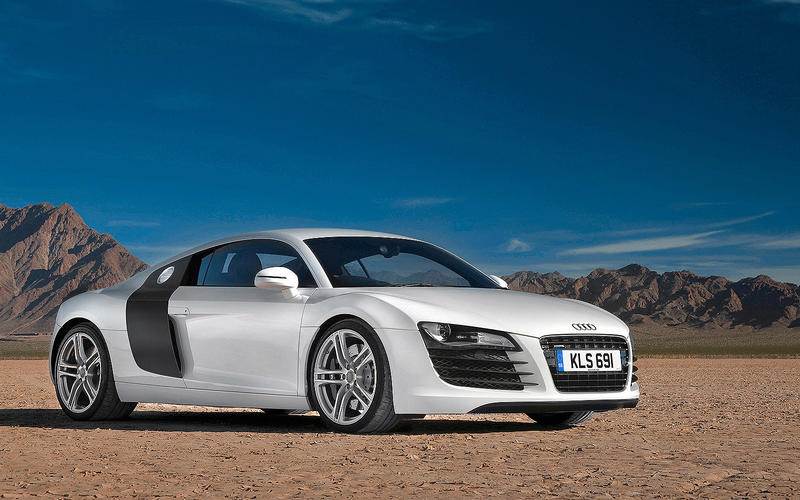 The production Audi R8 can trace its roots back to the Le Mans quattro concept car of 2003. In concept form, the aluminium spaceframe supercar drew power from a twin-turbo V10 engine producing 610hp, but the production version of 2007 had to ‘make do’ with a rear mid-mounted 4.2-litre V8. A year later, it gained a lovely 5.2-litre V10 engine from the Lamborghini Gallardo to propel the R8 into the supercar big league. 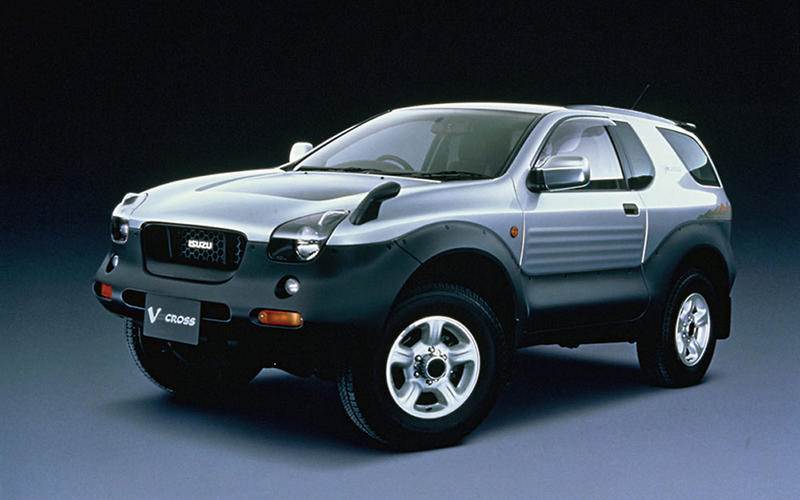 The Isuzu Vehicross looks like it has just rolled off a motor show stand or a Ridley Scott movie. Produced in relatively small numbers for the Japanese and US markets, the Vehicross is a rare sight on the roads. Still want that Defender? 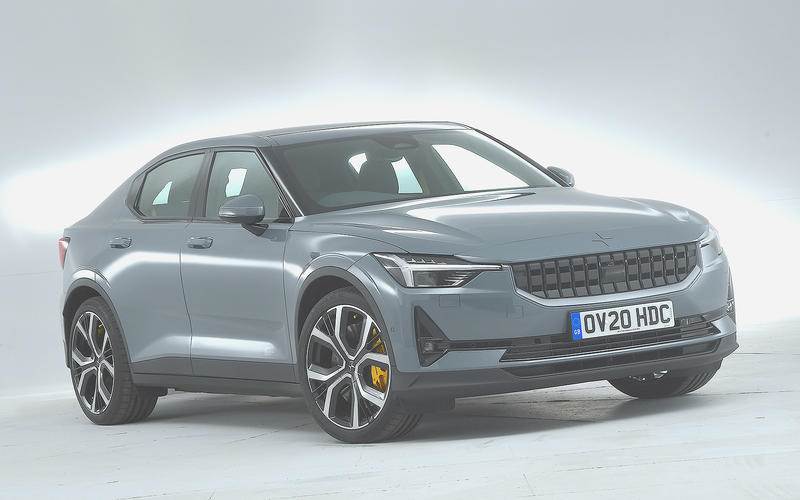 For such a simple and uncluttered design, the Polestar 2 has a high level of road presence. Maybe it’s the design of the rear lights, the largely unknown Polestar badge or the 20-inch forged alloy wheels. It started life in 2016 as the Concept 40.2, Volvo’s vision for a small saloon. Today, the Volvo badge and the T5 Twin Engine have been replaced by a 78kWh lithium-ion battery pack. 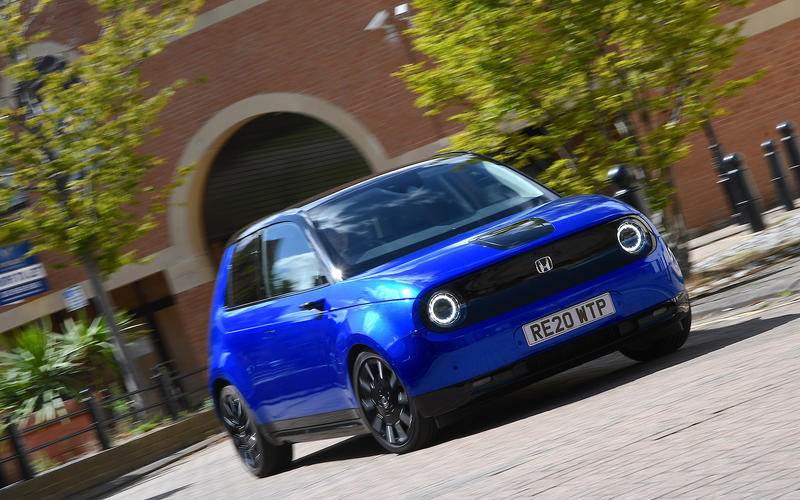 Viewed in the context of the adorable Honda Urban EV Concept of 2017, it’s not hard to feel a little short-changed by the production version. Gone are the front and rear LED displays with backlit Honda logo, the single-spoke steering wheel and rear-hinged doors. In isolation, however, there’s much to love about the Honda e, including the retro-futuristic styling, the slick design of the interior and the array of screens along the top of the dashboard. Try and find a more visually appealing EV for less money. 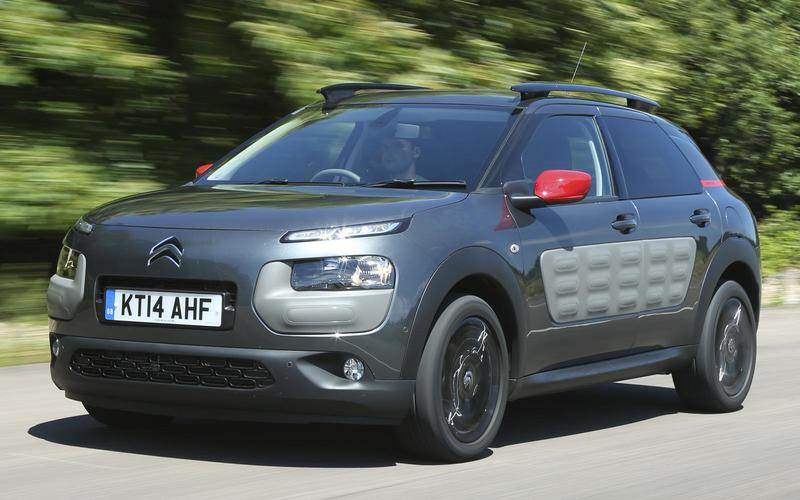 The Citroen C4 Cactus still looks like the result of a designer having too much fun with a mood board. How else would you explain the Airbump panels on the doors and bumpers? The idea failed to catch on and Citroen all but removed the panels when it gave it a facelift while toning down the individual styling. Like many Citroen models of old, the C4 Cactus was littered with quirks and idiosyncratic touches. To some, these gave the car its charm. To others, they were too irritating to ignore. 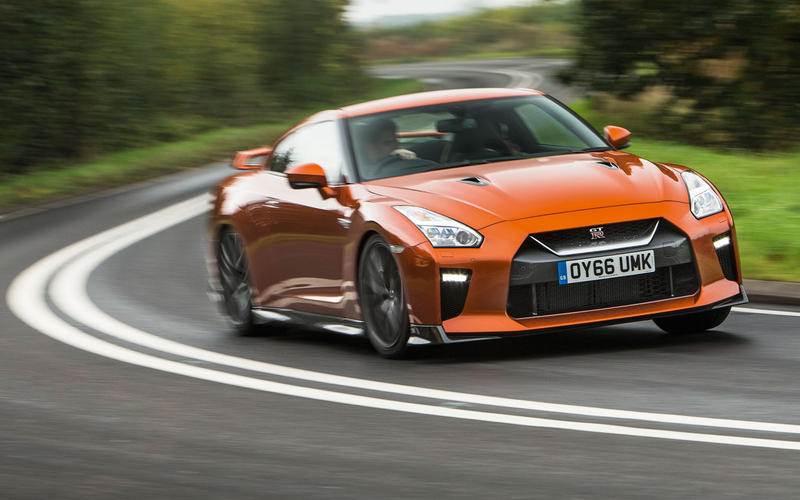 There are certainly hints of the GT-R Concept of 2001 in the production version, but the Nissan GT-R owes more to the Proto of 2005. Time can lessen the visual impact of a car, especially one that’s been on sale for more than a decade, but the GT-R’s similarities to the Proto earn it a place on our list. 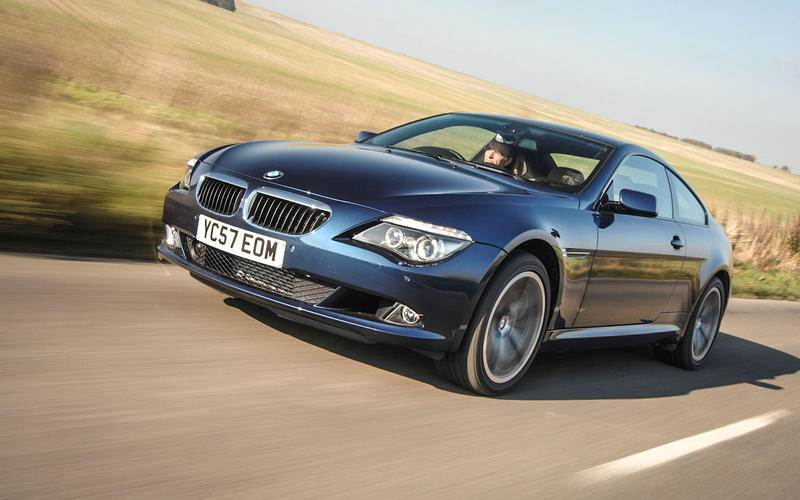 Great design should divide opinion, which means the BMW 6 Series is a, well… great piece of design. You might disagree, but there’s something big, bold and, er, beautiful about the BMW 6 Series (E63/64 generation) sold between 2003 and 2011. It owes a great deal to the BMW Z9 Gran Turismo concept of 1999, albeit without the crazy gullwing doors. The 6 Series is a brave purchase, but it’s interesting to look at. 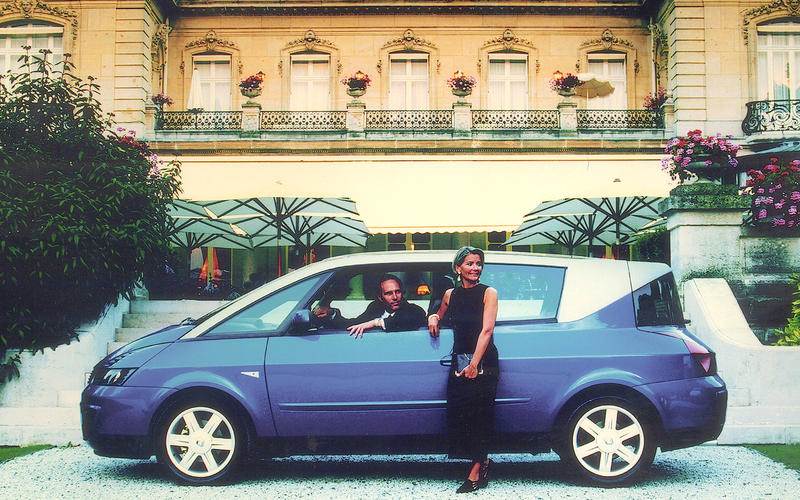 Stemming from Renault’s bonkers period – see also Vel Satis, Wind and Mk2 Mégane – the Avantime was a crazy MPV-coupé. The fact that nobody wanted an MPV-coupé was lost on Renault, which is why it bombed in a big way, but we’re delighted it was built. Unveiled as the CoupéSpace at the 1999 Geneva motor show, the production version featured four seats and a pair of extremely heavy doors. Only minor changes were made to the concept to make it production-ready. Renault probably wishes it hadn’t bothered. 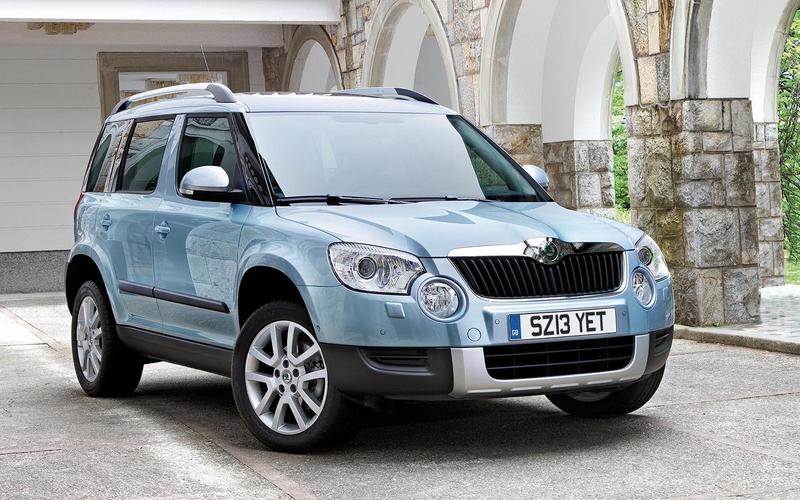 Unveiled as a concept at the 2005 Geneva motor show, the Yeti serves as a reminder of a time when Skoda built distinctive cars. The Roomster, Felicia Fun and Fabia vRS diesel are just three examples.

The Yeti tops the lot, although it took Skoda a full four years to turn the concept into reality. It was perfect timing, as the Yeti tapped into the growing demand for compact crossovers. The facelifted Yeti is less distinctive. Unlike many of the cars in this story, the Yeti is amazingly practical; in most versions you could remove the rear seats and turn it into a spacious van, yet it was the same length of a Volkswagen Golf. 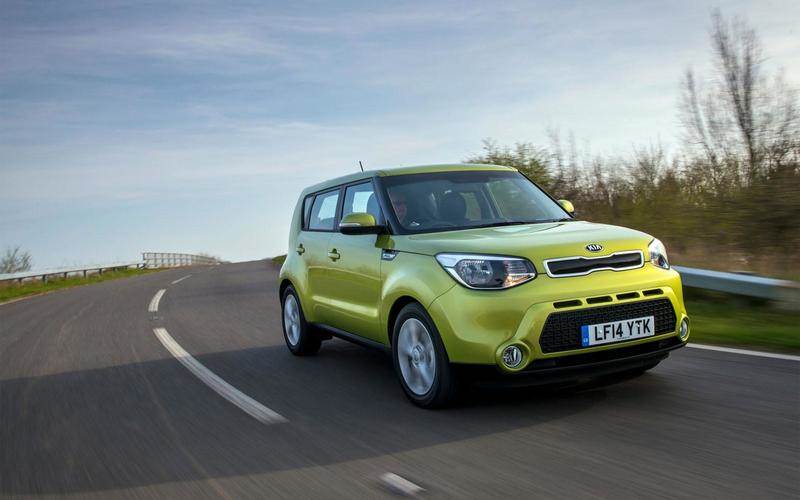 Speaking at the launch of the Kia Soul concept car in 2005, chief designer Tom Kearns said, “We wanted to inject some living, breathing life into this car – give it soul, if you will, and the word ‘Soul’ is a homophone for the home city of Kia Motors Corporation's headquarters, Seoul, South Korea.” The production version arrived in 2005. 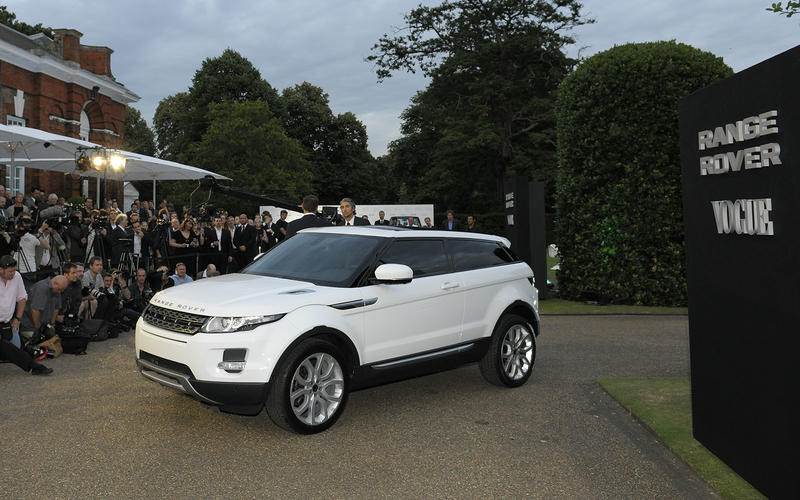 The Evoque looks very similar to the LRX concept unveiled at the 2008 Detroit motor show, but there are a couple of significant differences. Firstly, the concept wore Land Rover badges; the production version is a Range Rover. Secondly, the concept was built with electrification in mind, something absent from the original Evoque. But those concept looks – combined with the glamour of the RR badge – undoubtedly helped the model to huge success: nearly 8,00,000 examples were shifted over eight years.

A car's striking exterior looks at its start often results in unfashionable obsolescence by its end, but the Evoque has stood the test of time. So, when Land Rover came to design the Mk2 version, it gave just a gentle update on the winning theme.