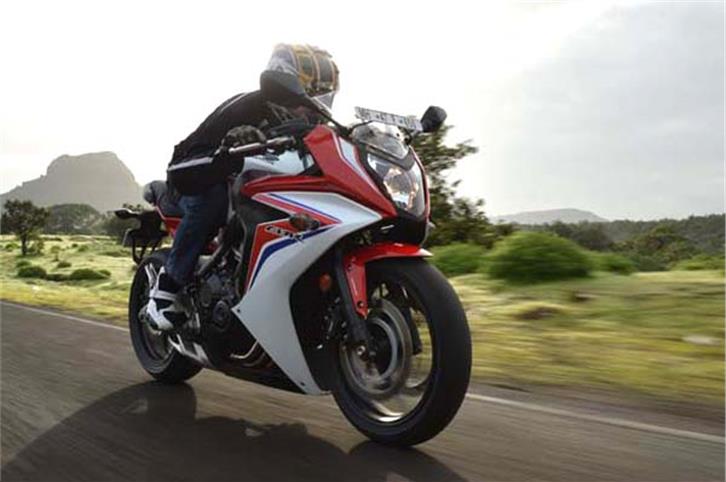 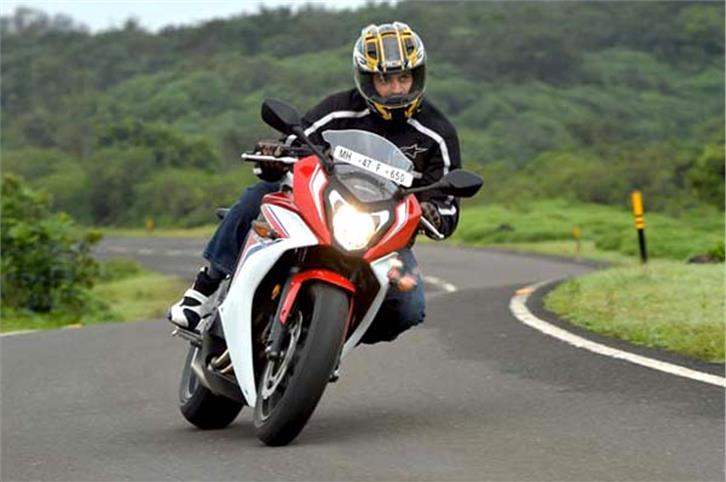 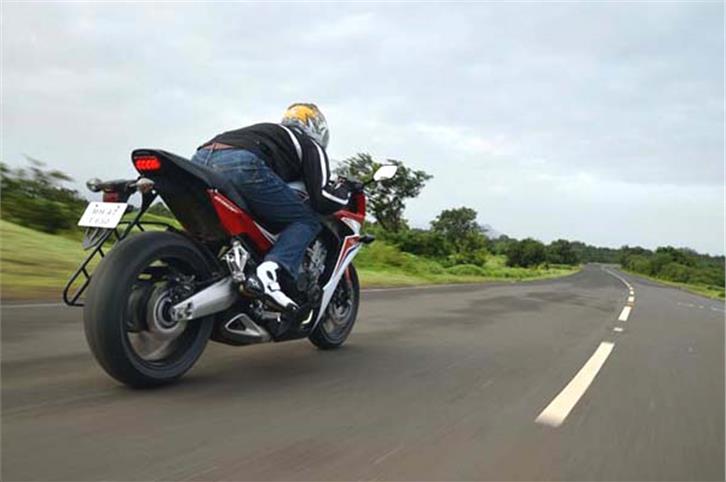 Honda announced the CBR 650F as India bound some years before. Speaking to top management of the big H in New Delhi at the time, we learnt they were to assemble in India, eyeing a target price around a sensible Rs 7 lakh, on-road. Back then, there was little competition in this segment, with only early bird Kawasaki present with their Ninja 650R, not even in the same league, being a twin where the CBR is an in-line four.

The CBR 650F looks impressive, with a mature, sporty air. However, Honda’s been unable to capitalize on a styling edge they held with earlier CBR bikes seen till around 2000, those making more dashing looking sportsbikes. The CBR 650F has a ‘V’ shaped headlight set in a raked fairing that gives the bike a conservative fascia, and looks a touch too sedate, more so when beside contemporaries.

The CBR 650F comes with a tapered, see through visor that’s a boon when riding the bike at high speeds, which the CBR 650F is so capable of. The speedometer is broad, well laid-out and all-digital, yet somehow looks a tad old fashioned. The new Honda comes with a reach adjustable front brake lever, the clutch side lacking this, both well finished in machined alloy. Switchgear is top drawer, smoothly shaped and nice to operate, with the pass light operated by pressing on the high and low beam toggle. There’s even a hazard warning button, and engine-kill switch. The CBR 650F comes with clip-on handlebars and fairing mounted mirrors that are easy to adjust, and offer adequate rear view.

The CBR 650F’s overall proportions match up to a good, adult-sized sportsbike, as seen in its large, superbly shaped fuel-tank, which offers comfortable thigh grip when cornering.

The generously padded seat is single piece, low enough for even a shorter rider to appreciate, while the pillion sits slightly higher. At rear, no grab-bars leave the CBR 650F tail neat, and cleaner looking, while grab recesses are integrated into the cowl.

Styling for the flanks and rear is excellent, with smooth, flowing lines. The CBR 650F fairing opens smartly to expose its engine casings. Black has been used extensively to contrast the bike, and you get a cropped under-belly exhaust and shiny swingarm bringing up the rear.

As expected, Honda has ensured quality and fit-finish stay top-class on the new CBR 650F.