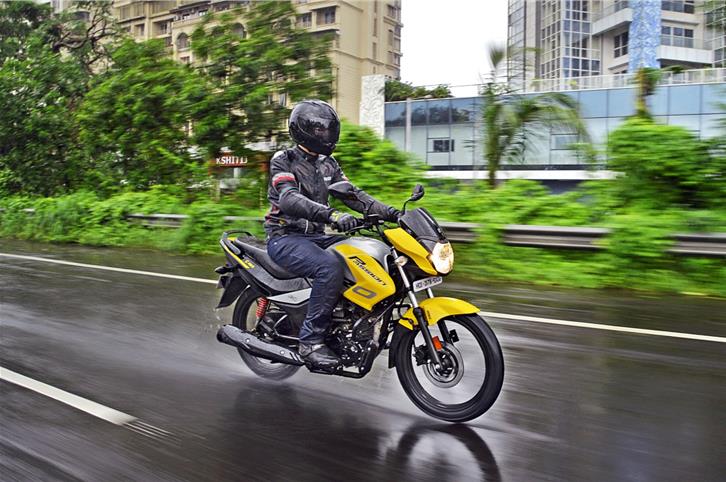 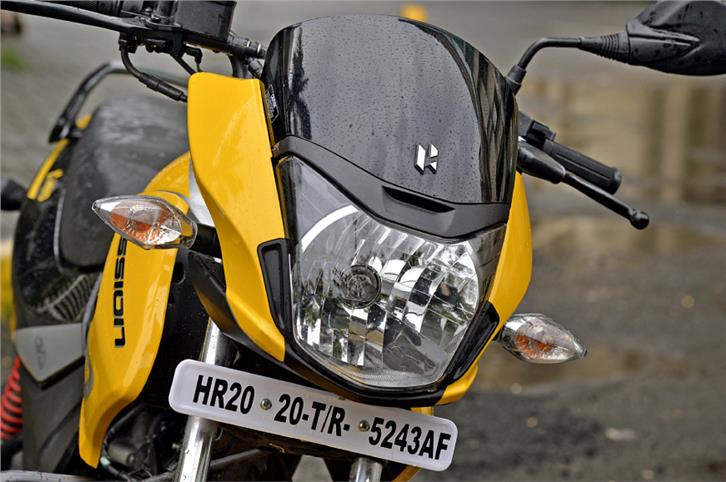 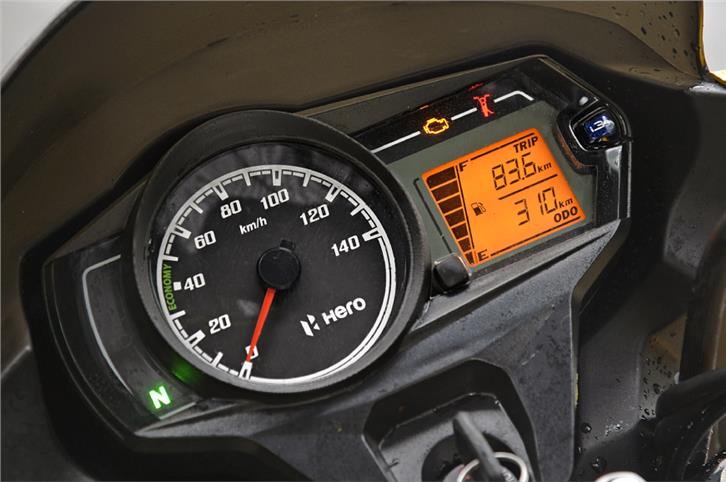 The 100-110cc segment is quite interesting, as it consists of two subsegments. One of which has more-affordable, straightforward offerings, while the other has motorcycles with a bit more style and features. In Hero’s case, it’s the popular Splendor that fits in the former category, while the Passion gives the buyer a more premium experience. In the two decades the Passion has been around, we’ve seen it evolve from time to time, but nothing quite like the 2020 Passion Pro.

The Passion Pro was updated a couple of years ago and at the time, it got the in-house-developed 109.1cc motor that was previously seen only on the Splendor iSmart 110. For 2020, the story remains the same, but it now gets the updated BS6-compliant 113cc engine from the iSmart. This unit puts out 9.15hp and 9.9Nm of torque, where peak horsepower has dropped slightly but torque has gone up.

The fuel-injected engine is hard to fault – it’s smooth and quite punchy. It gets the bike to 60kph in 7.21sec and 80kph in 14.9sec. These figures are decent, but what you’ll really like is how unstressed it feels at around 80kph. As for how it performs at lower speeds, it manages to chug along quite nicely without needing a lot of clutch control. The bike is equipped with ‘Autosail’ tech, which essentially helps in traffic where you can move forward by just letting go of the clutch. The only part of the powertrain that’ll remind of the older Passion is the clunky all-up 4-speed gearbox. Bajaj is the only one in this segment that offers a 5-speed box. 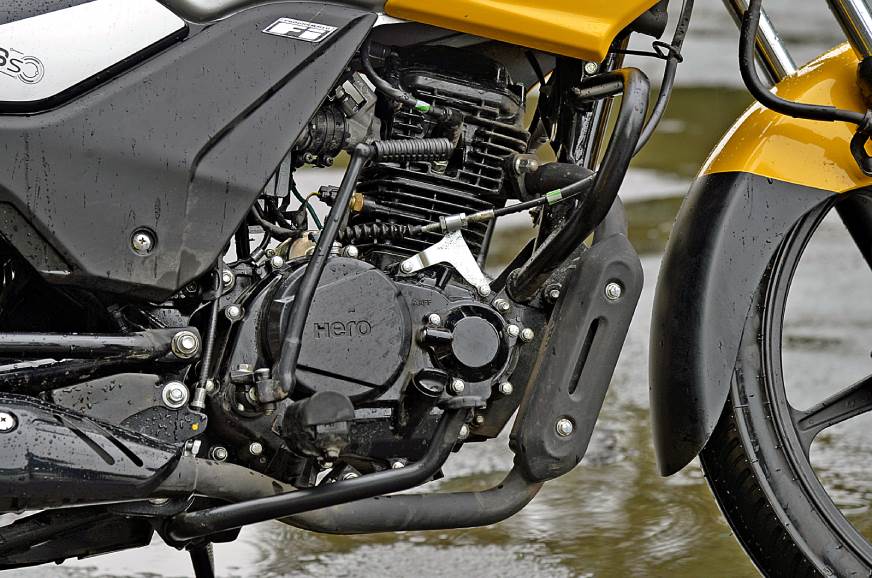 Despite not having the additional cog, the Pleasure Pro is incredibly fuel efficient. The commuter delivered 86.4kpl on the highway and 75.9kpl in the city. A feature that helps with these numbers is the start-stop function that Hero calls i3s. That said, we do wish this function were a little quicker to start up the bike.

Another big change comes in the form of the new diamond frame as compared to the twin-downtube frame on the older Passion Pro. This has resulted in the motorcycle feeling more communicative when it comes to its handling. Additionally, the Passion Pro also feels more stable and planted thanks to its longer wheelbase. However, the skinny 80/100-18 tyres at both ends don’t inspire a lot of confidence and you’ll find yourself slowing down for corners, especially in the wet.

The Passion Pro also has an increased ground clearance of 180mm which should prove sufficient even on broken village roads. What will also help here is the suspension travel, which Hero says has increased by 14 percent at the front and 10 percent at the rear. While both ends are quite absorbent, the rear is a little firmer than we expected, and Hero has probably done this to help the bike when the rear is loaded. The Passion Pro also has a really soft seat, which is quite nice for a distance up to 50km, but anything more and you’ll find yourself with a sore backside. 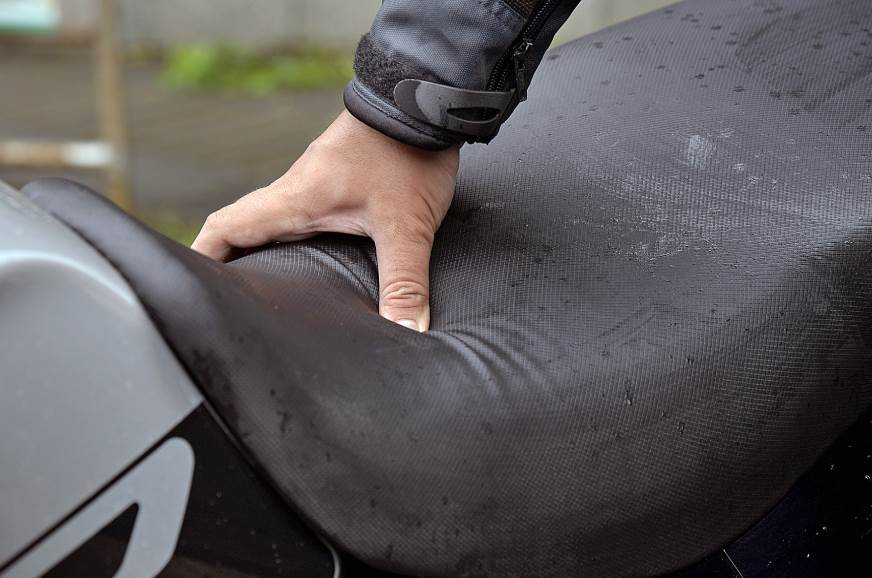 The Passion Pro also has a really soft seat, which is quite nice over shorter distances.

The variant we rode was equipped with a disc brake up front and a drum brake at the rear. These brakes do a decent job at slowing down the motorcycle.

While the Splendor targets masses with its simple design, the Passion Pro drives in customers that want some flair. The Passion has always had a flowing design, but the new one takes it a step further. The lines are more pronounced, and the tank extensions are larger, resulting in an impressive presence, especially for its segment. What also helps it stand out are the bright two-tone colour options it's available in.

The new Hero Passion Pro also features a redesigned headlight that Hero claims is bigger and better than before – and it performs quite well. The tail-light has also been updated and it now has an upside-down U-shaped layout. The large clear lens indicators, meanwhile, are the same as the ones on Hero’s Xpulse.

The instrument cluster on the new Passion Pro is a digi-analogue unit that uses the small digital screen to showcase the fuel-level, odometer, trip meter and the i3s function. On this Hero, the i3s toggle switch sits right next to the instrumentation.

With an ex-showroom Delhi price of Rs 65,740 (drum brake) and 67,940 (disc brake), the Passion Pro is among the more expensive motorcycles in its segment. That said, it has witnessed a massive overhaul that makes it significantly better than the model it replaced in almost every way. Another benefit comes from the strong service network that Hero has in India. As to how it stacks up against its rivals, only a comparison review can answer that. 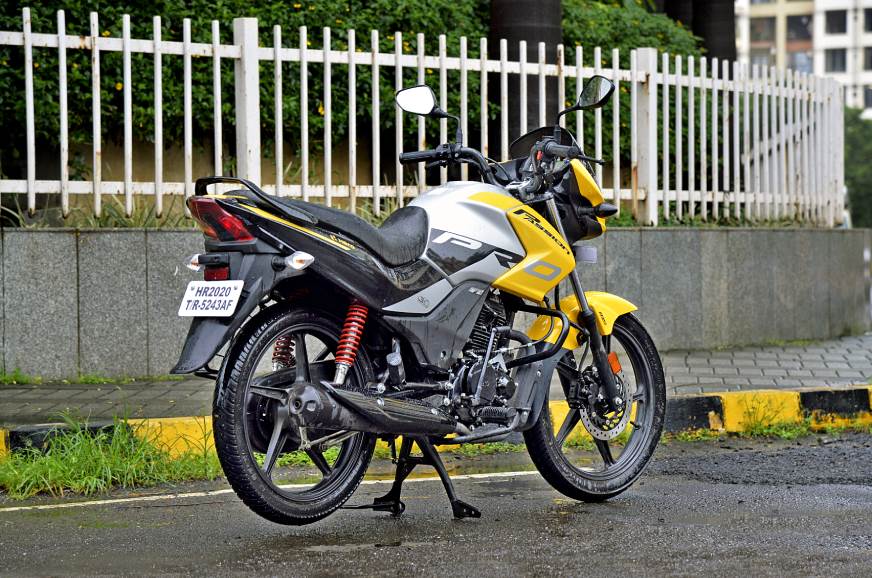