Hero MotoCorp plans to have more than 20 manufacturing and assembly plants across the globe with sales in more than 50 countries by the year 2020. 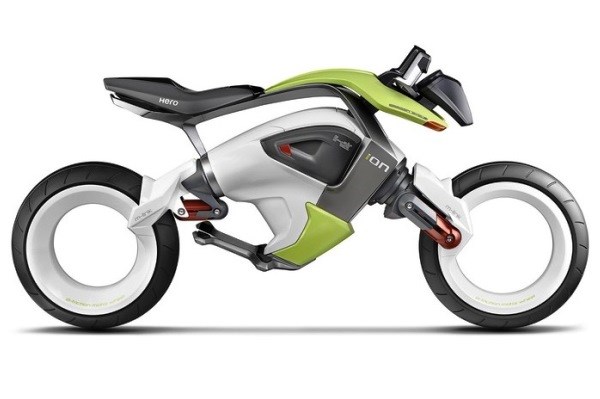 Hero MotoCorp is looking at aggressive growth both in India and global markets in line with its ‘Vision 2020’ growth plan. No longer content to be known as a mass commuter bike maker, Hero is busy working towards positioning itself as a tech-oriented, strong R&D player. This is backed by its partners – AVL of Austria (for engines), EBR of the US (for engines with higher displacements), Engines Engineering of Italy (for complete design language) and Magneti Marelli of Italy (for advanced fuel systems and similar technologies).

By the year 2020, the company aims to cross 100 million units in cumulative production, and annual bike and scooter sales of 12 million units. It also plans to have more than 20 manufacturing and assembly plants across the globe with sales in more than 50 countries by that year. To achieve this scale, speedy product development will be required and it is here that Hero’s new tech alliances and personnel appointments will pay dividends.

The company’s R&D centre is coming up at Kukas near Jaipur, the foundation stone for which was laid in September 2013 by vice-chairman Pawan Munjal in the presence of the company’s global technology partners Erik Buell of Erik Buell Racing, Alberto Strazzari of Engines Engineering, and Markus Feichtner, who was once with AVL of Austria. It also has plans to introduce brand-new products over different segments. Hero MotoCorp gave a first glimpse of its tech-driven future’s approach at the Auto Expo in February this year.

It unveiled the liquid-cooled, parallel-twin, 620cc, 79bhp, naked street Hastur concept bike and the production-ready, liquid-cooled, single-cylinder, 249cc quarter-litre sportsbike – the HX250R. While the timeline for the Hastur to hit the market is still undisclosed, the HX 250R quarter-litre bike is likely to be launched this festive season. It will squarely target Honda’s CBR250R and Kawasaki’s Ninja 300 and also the KTM 200 Duke to some extent. The most crucial aspect to watch out would be the pricing, which Hero’s intentions indicate would be aggressive enough to change the dynamics of the quarter-litre sportsbikes. The company also showcased a battery of concepts ranging from the Ion, a high-tech urban bike which will run on hydrogen fuel cells; to the RNT, a 150cc liquid-cooled diesel concept bike with an optional turbo.

The all-electronic eco-friendly Ion will be powered by hydrogen fuel cells and advanced batteries, and equipped with super capacitors to smoothen the energy requirements of braking and acceleration. The open wheels contain hubless electric traction motors that use zero friction magnetic levitation technology, which doubles up as brakes when needed. Core basic information is available in the compact instrument cluster, which transmits all information to the rider through his helmet.

Since parting ways with Honda Motor Co in December 2010, Hero has fast augmented its global presence. At present, its two-wheelers are sold in 19 countries including Peru and Ecuador in South America; Guatemala, Honduras, El Salvador and Nicaragua in Central America; Kenya, Mozambique, Tanzania and Uganda in East Africa; Burkina Faso, Ivory Coast, Congo and Angola in West Africa and Turkey, Egypt, Sri Lanka, Bangladesh and Nepal in Asia. In partnership with its local distributors, Hero has also established assembly units in Kenya, Tanzania and Uganda in East Africa. With two more new plants coming up – the one in Colombia, and the other in Bangladesh through a joint venture – the company is fast building up a global manufacturing base to cater to its growing international markets.