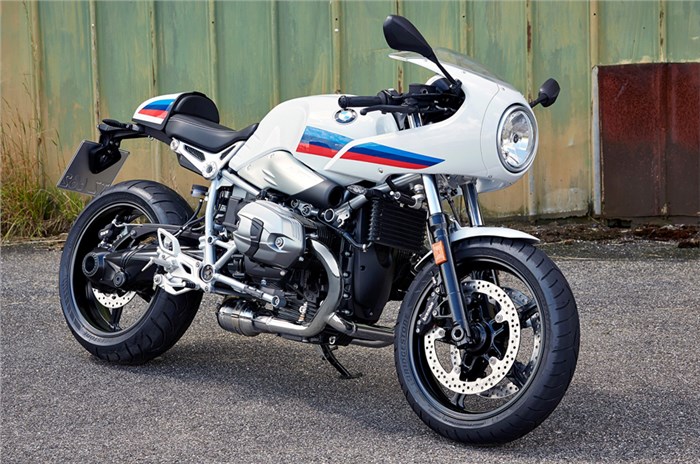 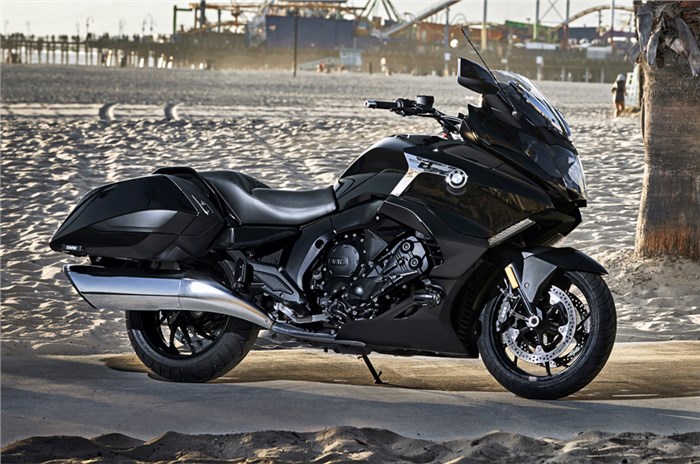 The Bagger and Racer variants of the BMW motorcycles will be showcased at the 2017 India Bike Week.

BMW Motorrad is all set to launch the BMW K 1600 B and the R nineT Racer at the India Bike Week (IBW) in Vagator, Goa on November 24, 2017. The bikes being launched are variants of two bikes already available in India – the К 1600 GTL and the R nineT.

The K 1600 B was first unveiled in October, 2016; it uses a chopped windscreen and a swooping rear to give it a sleeker version of the typical bagger silhouette. BMW has reworked the fairings and updated wind deflectors to provide some wind and weather protection over and above the other K 1600 models. The slim LED taillight on the Bagger also has integrated stop and turn signals. Like the other K 1600 models, the Bagger is powered by a 1,649cc, inline-six, liquid-cooled engine that puts out 160hp at 7,750rpm and 175Nm of torque at 5,250rpm. Power is sent to the rear wheel via a shaft drive through a six-speed gearbox.

The suspension set-up consists of the Duolever system up front, which consists of a central spring strut, and the Paralever suspension round the back with monoshock. The K 1600 B also comes equipped with a range of electronic rider aids including electronic suspension with automatic damping adaptation. It also has Shift Assistant Pro for clutch-less up and down shifts, three riding modes and BMW’s Dynamic Traction Control. The K 1600 GTL is priced at Rs 26.3 lakh (Standard) and Rs 29 lakh (Pro) (all prices ex-showroom, Delhi). Going by international prices, we can expect the Bagger to be priced marginally lower than the standard GTL variant in India.

The R nineT Racer features a classic half fairing, low-slung clip-on handlebars as well as rear-set footpegs. BMW has done away with some of the more expensive components from the regular R nineT, replacing them with more conventional ones. The R nineT’s 46mm upside down fork has been replaced by a conventional 43mm telescopic fork, and its radial-mounted front brake calipers have made way for traditionally-mounted four-piston ones. Even the classic wire-spoke rims have been swapped out with five-spoke 17-inch cast alloy wheels. Apart from that, the bike features a twin-pod instrument cluster with an analogue speedometer as well as a tachometer.

The Racer is powered by the same 1,170cc, air-cooled, boxer twin with an output of 110hp at 7,750rpm and 116Nm of torque at 6,000rpm. The electronics package consists of ABS as standard and automatic stability control as an option. The standard R nineT is priced at Rs 18.2 lakh in India, and since the Racer misses out on some of the premium equipment, we can expect it to be priced slightly cheaper. However, the Race variant sits higher in the company’s line-up than the Scrambler internationally; which means we can expect it to be priced slightly higher than Rs 16.2 lakh (all prices ex-showroom, Delhi).