Sponsored feature: A quick blast through Rajasthan shows that the BMW i8 is as much about the past as it is about the future. 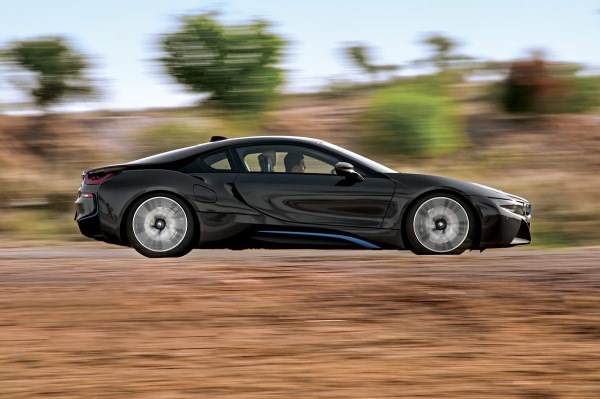 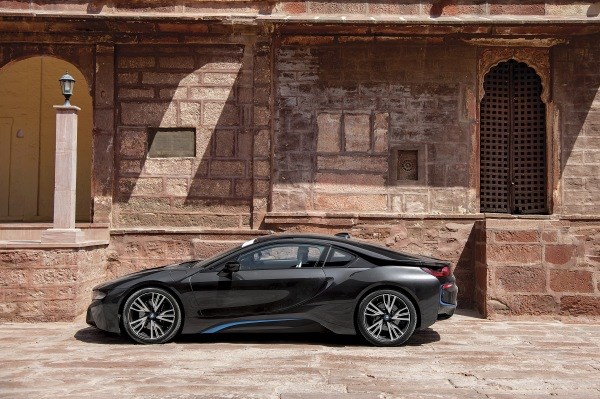 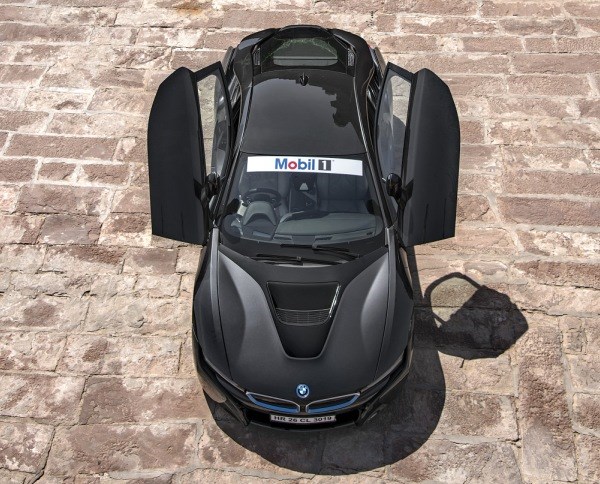 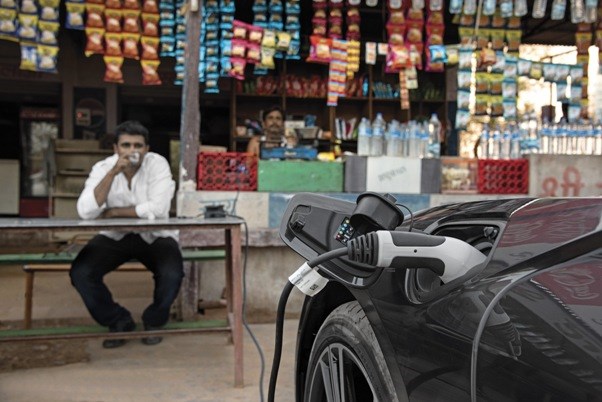 I sense a question mark hanging around us. “What is that doing here?” the land seems to ask. The land in question is Rajasthan, a state that celebrates culture, puts heritage on a pedestal and cherishes tradition as a way of life. So, here, we have brought the past-be-damned, bring-on-the-electrified-future supercar, BMW’s i8. Our route, a superb two-lane affair, sweeps past soft sand dunes as it ribbons into the vast brown magnificence of the Thar desert. As I turn my attention back on to the road, I hope that it can get the BMW i8 talking, and to tell us not only where we are going, but what we are taking along with us.

With the i8, BMW is sticking a green thumb at the traditional concept of supercars. Sure, the carbonfibre-this, aluminium-that, lightweight-this and cutting edge-that is the stuff expected of all supercars. However, in keeping with the changing times, the i8, as you all know, is a hybrid. Crucially though, it isn’t the Ferrari, Porsche, McLaren type of hybrid where an electric motor plays slick sidekick to a burly V6, V8 or V12. The i8 has, wait for it, a three-cylinder 1.5-litre petrol engine and is boosted by a turbocharger. Along with the electric motor on the front axle, the grand total, by supercar standards, is a rather modest 357bhp.

Modest? Through the eyes of the world outside, I’m sure not. In this shade of black, the i8 is decidedly stealthy and sinister. So when its low and slinky form materialises in the distance and then streaks past into the brown and lonely desert, any onlookers are understandably dazed. But apparitions don’t emanate a rumble, do they? So once they realise that they haven’t taken leave of their senses, they swarm in.

People try to flag us down and when that fails to stop us, they try to squeeze us off the road. Every time we stop to take a photo, to adjust the cameras or to grab a bottle of water, crowds gather to get a closer look and take pictures with the i8. We are followed by echoes of “One selfie!”, “Mission Impossible” and, of course, “What’s the mileage?” A few, thankfully, even ask us “How fast does it go?”

Our healthy reserve of patience runs out quickly and in sheer exasperation, we resort to shooing people away just so we can get our work done. Clearly, when it comes to visual drama, the i8 is pure supercar. The true joy of the supercar, though, is uncorked as we head further down NH114 towards Pokhran.

I find that the buzz of driving the i8 has less to do with the theatricality of the experience. Erm, yes, it does have gullwing doors and it does have lots of flourishes, like the floating C-pillar and the blue line twisting in the panels. But once that light carbonfibre door slams shut, it’s about the basics. Sure, the cabin is pleasingly different from standard BMW fare, but it’s the ergonomics that make it special. Despite sitting low and with less than ideal rear visibility, the i8 feels welcoming. You are pushed far forward, almost into the nose, and offered excellent visibility of the road ahead. Despite the wayward traffic, getting comfortable with the i8’s dimensions barely takes any time. However, creeping forward in complete silence in the electric mode is plenty unnerving for me, at first, and always for the traffic around us.

However, it’s long before the road opens up and the speeds pick up that the three-cylinder petrol engine kicks in to power the rear wheels. In the city, the engine had been reasonably discreet and pleasingly tame, but now it’s time to task it with the serious stuff. In an instant, the internal combustion engine’s dull rumble transforms into a throaty roar as I press down on the accelerator. Through the window, the trees on the banks of brown become a green blur. I know the sound is artificially enriched via the speakers, but on a couple of occasions, I get to hear it from the outside; and the i8 sounds like the real deal! As I stand on a hillock nestled in the crook of a curved section of road, listening to the i8 in surround sound, I can scarcely believe it’s a three-cylinder!

Back in the cabin, I am genuinely pleased with the way the i8 is driving. We have plenty of straights to unleash it on, and its efforts are admirable. You are pushed back into the seat, the scenery blurs, and rapidly, the i8 starts to reel in the next corner. But with only a combined 357bhp on offer, progress is never more than seriously rapid. No, it’s not about outright performance.  Why then the admiration? Simply because the route to Pokhran is littered with a decent number of sweepers, and the way the i8 is dealing with them has got my attention.

As I whisk it around one bend and then another, the i8 moves quickly, but without the menace of mass to furrow your brows. I find it hard to believe that this i8 is related to a BMW M5 or M6. This BMW doesn’t feel overweight, oversized or over-powered (yes, at 1,485kg, obviously not. And yes, there is such a thing). It feels crisp, light and connected. Just right.

Despite the complexity of its drivetrain, every time you prod, punch or roll on the gas, the i8 seems to respond with just the measure of shove required. You feel like you are sat in a communicative and tactile machine. Unlike most modern BMWs, the steering actually talks to you and it isn’t smooth and oily glibness. The precision and tactility of the i8’s steering lets you feel exactly how much you can lean on the narrow front tyres. There’s plenty of grip for anything you might want to do on a public road. Suddenly, I’m wishing for a hill to pop up over the horizon.

Back to the future

Up ahead, the road whips up and right, disappearing behind one of the sand dunes. Nail the gas, the six-speed gearbox swaps down rapidly, all four wheels sink their nails deeper into the tarmac and hurtle me forward. Now all it takes is a few measured tweaks, lift off lightly, turn in smoothly, and back on the gas! The i8 slices through with finesse. With so much information on offer, you realise you could do it much faster. There’s barely a jink as the i8 crests a bump and then rockets through with a refreshing candidness.

There aren’t any big towns or villages on the route, so a few speed breakers and railway crossings notwithstanding, I carry on in the i8’s spell for a long while. We quickly cover a lot of ground towards Pokhran, and in these kilometres, the i8 hits the reboot button on my expectations from BMW.
Later, as I watch the i8 pose for photographs in the exquisite 14th-century citadel of Fort Pokran, the irony hits me. Its garb might be futuristic, its hardware high-tech, but its soul is classic BMW. And the i8 couldn’t have found a better place to let us in on this happy secret.

The 175km stretch of NH114 from Jodhpur to Pokhran is a well-surfaced two-lane highway. While there are some speed breakers, with just a bit of care, even supercars will make it through comfortably. Traffic on this highway isn’t light but it is fairly fast-moving. Also, there are more curves on this route than on most highways in Rajasthan and that makes driving here fun without being hard work. While Pokhran is a great place to wrap up the drive, you could carry on further down deeper into the desert, all the way to Jaisalmer.

Dealing with your desert drive