Hypermiling Honda City e:HEV: Bengaluru to Mumbai on a single tank of fuel

The City e:HEV claims a fuel economy of 26.5kpl and 1,000km of range, and switches on its own between EV mode, hybrid mode and engine mode. 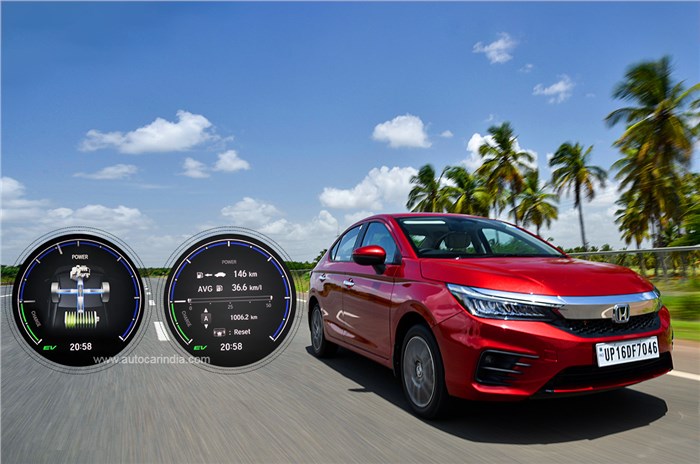 The Honda City e:HEV hybrid comes with a reputation for sophistication and sterling fuel efficiency. Its unique Atkinson Cycle 1.5-litre four-cylinder engine is mated to two electric motors – the first one acts as an electric generator, while the second handles propulsion duties.

Honda City e:HEV, with a tank capacity of 40 litres, claims a fuel economy figure of 26.5kpl and 1,000km of range. These figures set us thinking about hypermiling the City e:HEV – how far can it go on a single tank of fuel? Is Bengaluru to Mumbai doable? That’s exactly what we set out to find late last month, as we pointed the graceful nose of the Honda towards Mumbai from Bengaluru. This was not a test designed for the real world, but more of a mission to stretch the range of a hybrid to the extent possible and then try to take it further.

Before we get on with the journey, let’s take a quick look at the City’s hybrid powertrain that is both interesting and complex – it comprises an engine, electric motors and a lithium-ion battery pack. The engine produces 126hp of power and 253Nm of torque, and the powertrain is mated to an e-CVT. 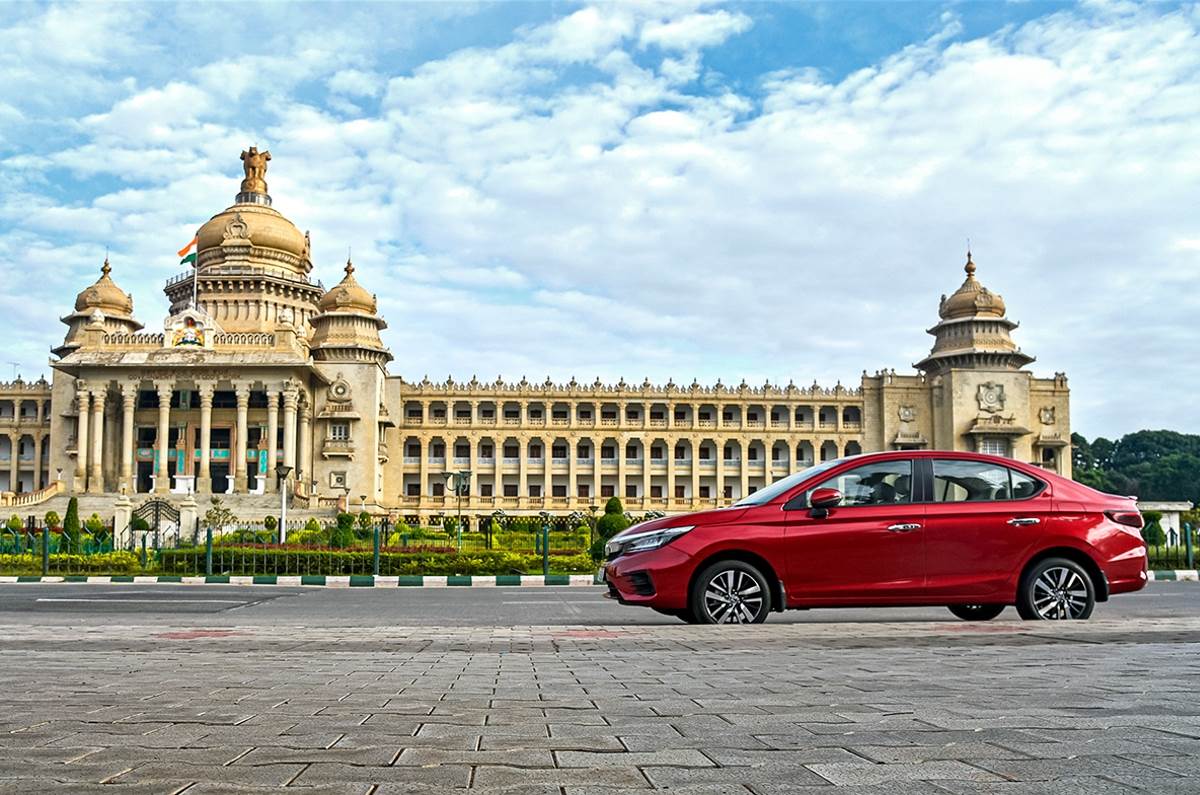 The City hybrid’s self-charging mechanism and electronics work in tandem to ensure that the battery pack never depletes fully, and in most cases, the car wakes up in pure EV mode, as it did in Bengaluru in early August. The odo started ticking as we cut through early morning traffic in the city, and within an hour of departing from the Vidhana Soudha, we were on the Golden Quadrilateral Highway that leads to Mumbai. 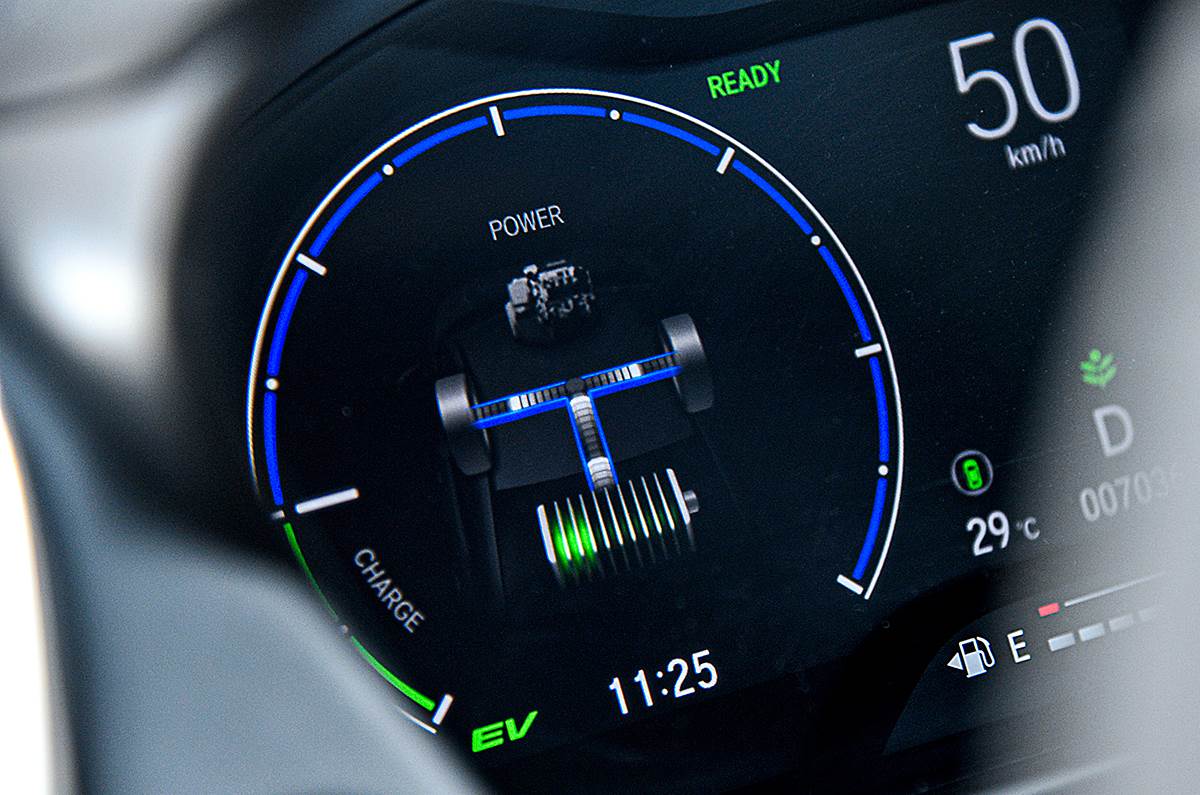 You won’t find anything too different while driving the City hybrid, except, of course, that the car comes to life silently. As speeds increase, the Hybrid mode gets activated, which sees power sent to the wheels by both the engine and electric motor. When the battery is running low on charge, the engine also juices it up. The hybrid system automatically shuffles between the full EV mode, the hybrid mode and the engine mode; and the system selects the mode by considering various factors, including battery charge level, throttle position, angle of the road and road speed.

Our strategy was to try and ‘remain’ in the EV mode as far as possible, since that’s the only way one can save fuel. It was, of course, easier said than done, because the car intelligently switches between modes on its own. We stuck to the 50kph-60kph band for a majority of the time we were on the road, ensuring that momentum was not lost. Of course, wherever the terrain was favourable in terms of elevation, the e:HEV cruised at triple-digit speeds. 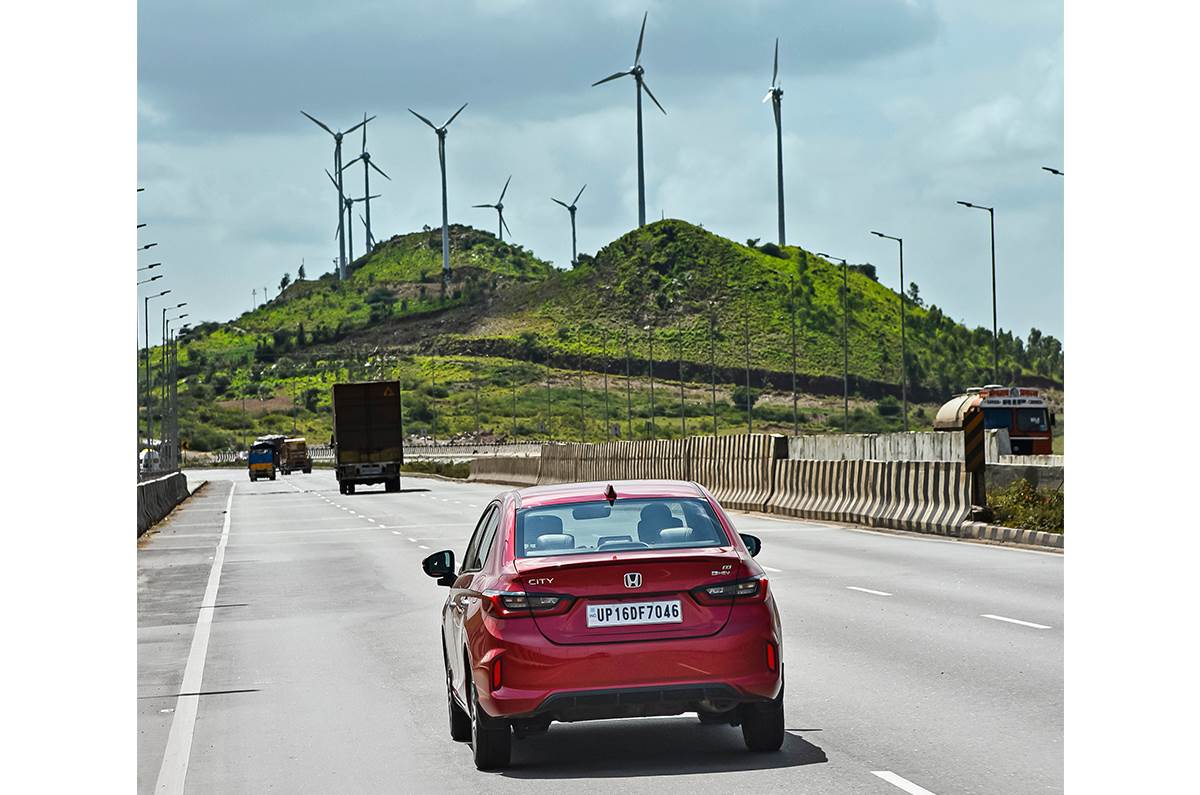 The car effortlessly toggled between the modes and the numbers that appeared on the instrument cluster were astonishing – always over 30kpl on the highways. The City’s instrument cluster has an informative energy flow meter that displays the source of power that is propelling the car – either the battery motor or the petrol engine, or from the hybrid system combined – and it motivates one to drive as efficiently as possible. 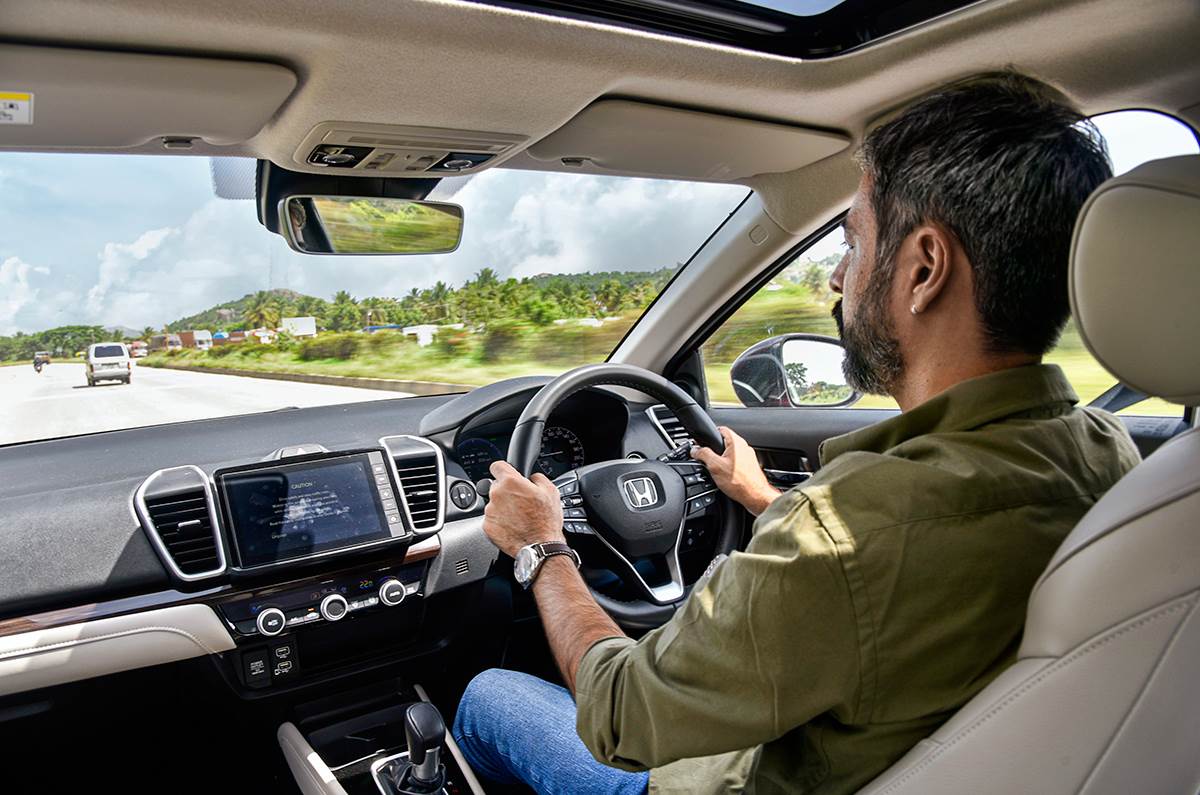 Hypermiling requires a sedate foot and lots of restraint and focus. You need to be in the zone in a different way to be able to keep making incremental progress, shutting out the voice in your head that wants you to floor the pedal. There are several important lessons you learn as you go along: acceleration has to be as linear as possible; anticipating oncoming traffic and road conditions is crucial; and being well rested is the third. 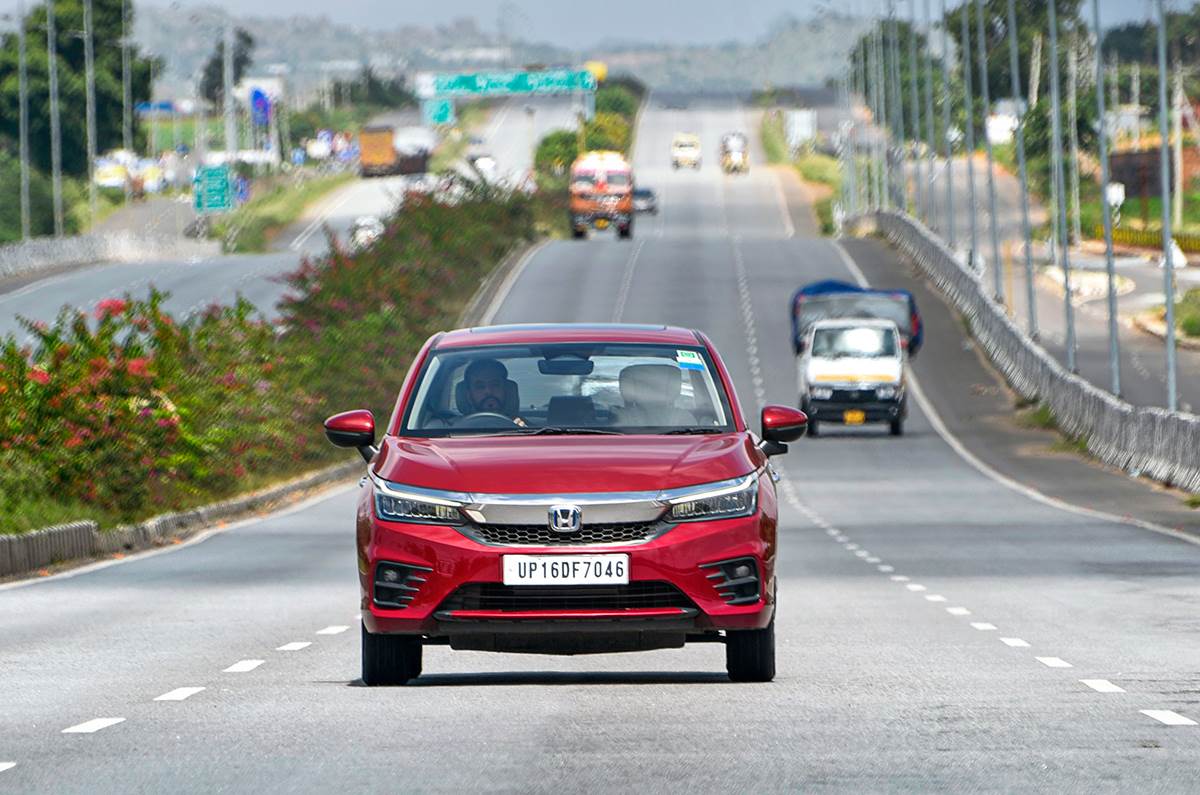 We could have easily done Bengaluru-Mumbai in a day but hypermiling is demanding, so we broke the journey in Belagavi. A special mention here for the City e:HEV’s throne-like driver’s seat and tech-studded cabin, which made our run comfortable.

And so we motored along, with cities whipping past us on the Golden Quadrilateral, casting glances at the informative energy flow meter. The City e:HEV’s motor braking is very progressive and well-calibrated. Drivers can choose between three levels of intensity that can be controlled by the steering-mounted paddle-shifters, and we switched – via the gear lever – to ‘B’, or Braking Mode, on downhill stretches for an even stronger regen to recharge the battery. 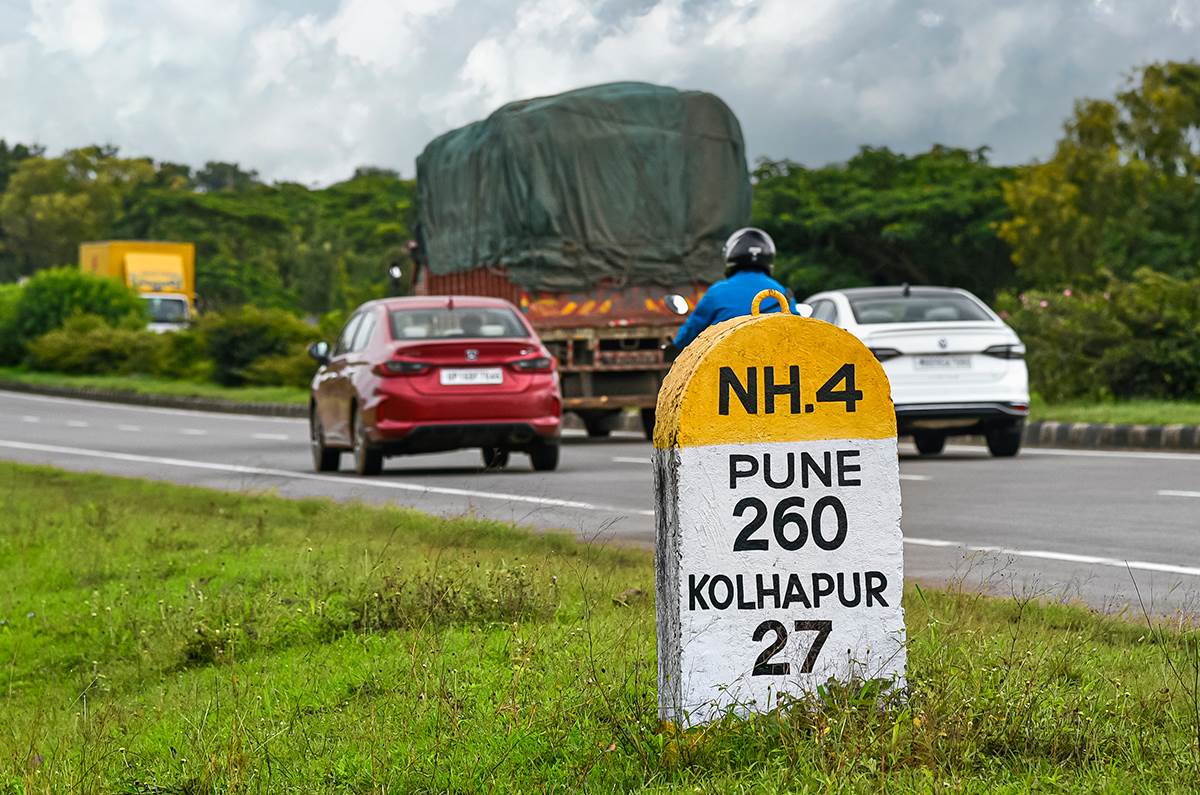 The City e:HEV also has a bunch of ADAS features, but using something like adaptive cruise control would have been self-defeating, as cruise control, while keeping a steady pace, is not ideal for hypermiling. For instance, it does not 'see' traffic up ahead of time and thus carries powering the car, whereas a driver would lift off and coast. 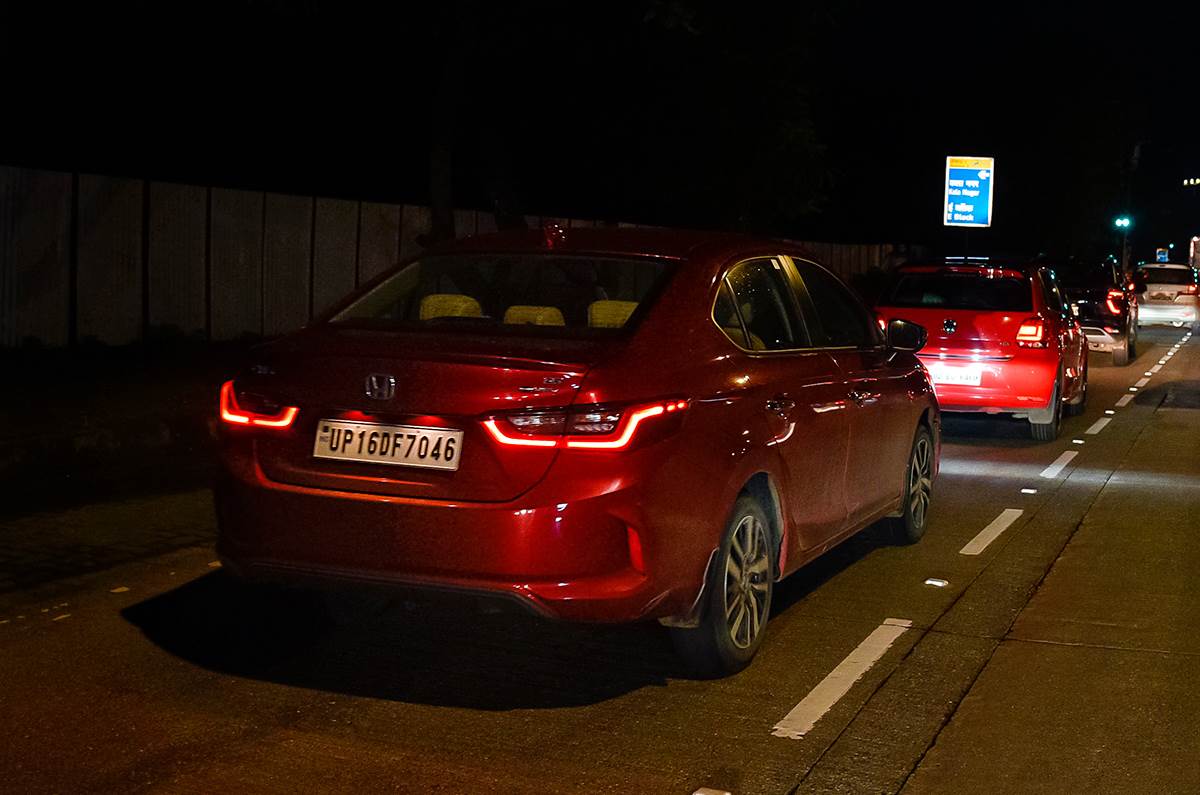 Soon, we were on the expressway that leads to Mumbai. The range shown on the instrument cluster was 439km; driving with extreme restraint on the wide, open roads was not very easy, but we gamely hung on. We got into Mumbai towards evening and the traffic affected the City’s overall average speed. Finally, at 8.45pm, the City e:HEV rolled into the IOC fuel station at Bandra. We had made it from Bengaluru to Mumbai on a single tank! 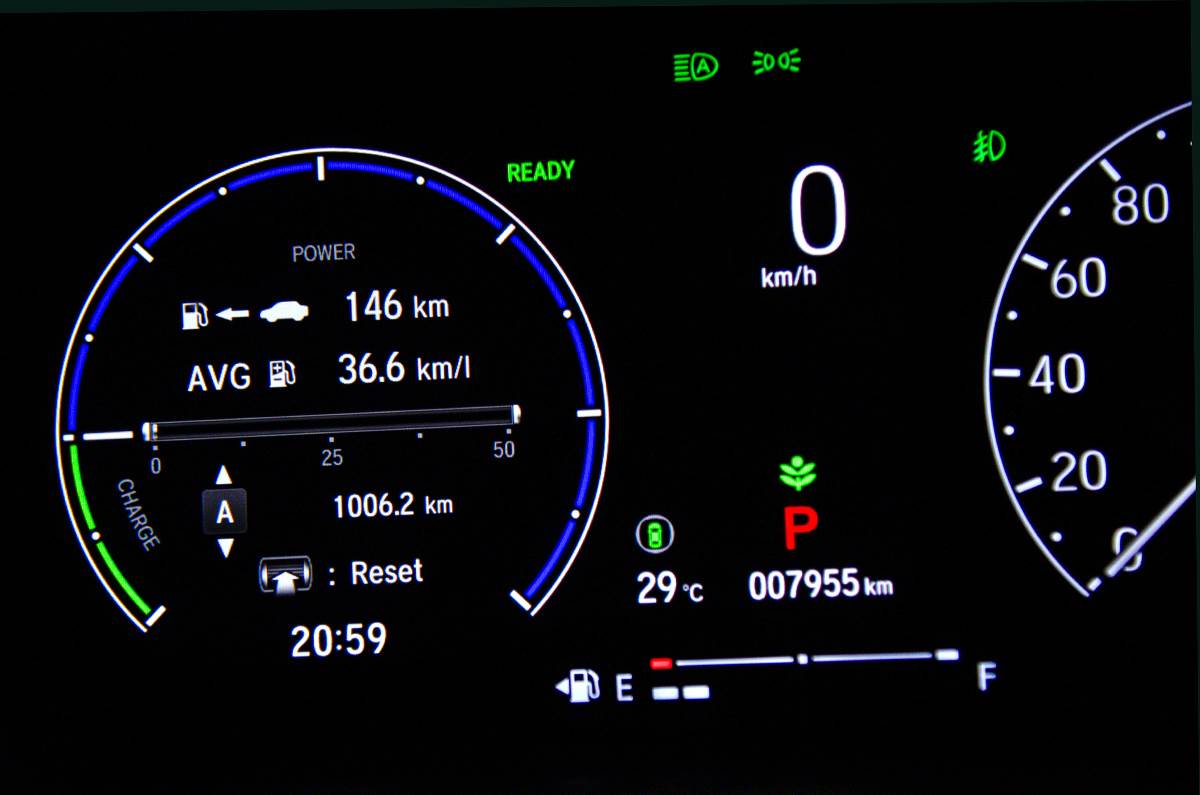 We tanked up the car to find out how the City e:HEV had performed on the drive from Bengaluru to Mumbai. And, the numbers were impressive, even if, in a way, expected. The City e:HEV covered 1,006km and consumed 29.08 litres of petrol. Its fuel economy? A stupendous 34.59kpl. Take a bow, Honda City e:HEV.

Honda City e:HEV from Bengaluru to Mumbai: 1000+ km on one tank!