If Himachal Pradesh is known as the abode of the gods, the breathtakingly beautiful districts of Kinnaur and Spiti located deep in the lap of the Himalayas must surely be their private chambers 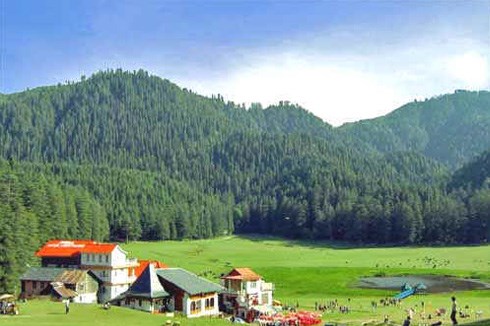 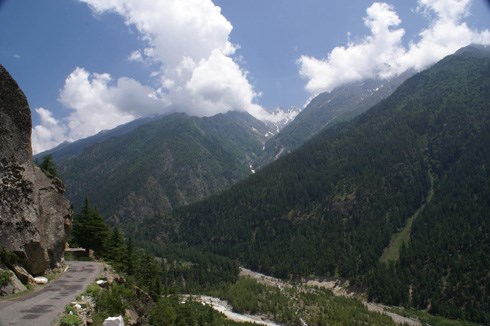 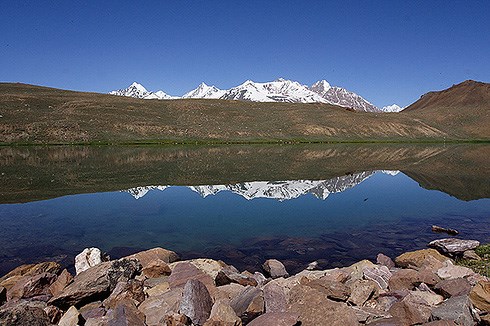 If Himachal Pradesh is known as the abode of the gods, the breathtakingly beautiful districts of Kinnaur and Spiti located deep in the lap of the Himalayas must surely be their private chambers. The sheer beauty of Kinnaur, especially the Sangla Valley, and the splendidly stark Spiti make us mortals reel from a truly scenic overdose. If you’re drawn by the mystique of the mountains, harbour an adventurous streak, and your idea of nirvana is walking along a brook in a pine forest or driving through a glacier field, this is the ultimate therapy. A memorable drive on NH22 from Shimla to Sumdo on the Indo-Tibetan border with forays into the Sangla Valley and the hamlet of Kalpa. At Sumdo, head into the Spiti Valley on SH30 to soak in the awe-inspiring landscape topped by the azure blue sky. Stop over at Tabo and Kaza in Spiti before taking the road to Manali, traversing the Kunzum La and Rohtang La.

The best season to head out for Kinnaur and Spiti is from April to October. While the first few months have a lot of snow-covered views, the later months see the forests in full bloom thanks to the rain in Kinnaur. The weather is pleasant but the nights get chilly and wearing woollens will help make you comfortable.
Essentials on this trip are a sturdy pair of walking shoes, sunblock and cold cream, lip guard and sunglasses. If you are an avid photographer, estimate the number of film rolls you'll need and carry twice that. Batteries do not last long in the cold weather - so carry spares as they are not easily available in this region.
Plan your trip well and factor in acclimatisation too (see 'Suggested itinerary' box). Remember that you could experience delays that are beyond your control - things like blocked roads caused by landslides or the unavailability of fuel at a pump.

Preparing your car
There is no denying the fact that a car with high ground clearance will have a very large advantage while travelling in this region. Driving across streams or gingerly making your way through fallen rock is part and parcel of this exciting journey. You'll also have your fair share of complete dirt roads that a normal car would find very challenging.
Good, or preferably new, tyres are an asset as they reduce the chance of a puncture. Get the suspension checked thoroughly as it will have undergo a considerable amount of stress. Carry a few essential spares like belts, hoses and figure out how to change or replace them. Carrying an extra, spare wheel would be a very good idea as would carrying instant puncture repair kits.
Ensure you carry a 20-litre container for fuel - it doesn't take up much space and could prove useful in the event of a fuel shortage.

The Route
NH22 runs from Chandi-garh to Sumdo, which is very close to the Tibetan border. This road, which has been cut across the mountains, runs right through Kinnaur and along the river Sutlej which flows through the Kinnaur Valley. Though wide enough for two cars to pass at most places, it has innumerable blind corners with sheer drops on one side. There are no safety barriers and it's a one-way ticket to the Sutlej below, should you go off the road. So take lots and lots of care. Certain stretches are landslide-prone and marked by signposts - road workers armed with red and green flags give advance warning signals about falling rock. A wave of a red flag means that rocks are still falling - so do stop.

The interesting places are off NH22 where narrow and curvaceous roads snake up the mountains. These roads have local buses and tractors plying and five will give you ten that they'll come at you around a blind corner. There are times when you'll have to back up a distance. It's best to have someone get off and guide you. SH30 - the road from Sumdo to Kaza - is maintained by the Border Roads Organisation and in very good shape but with its share of hairpins. The most challenging stretch by far is the 200km from Kaza to Manali. Kaza to Gramphu (which is 56km before Manali) is a dirt track punctuated with moraine and glaciers. If you have a four-wheel drive, use it to its best effect here. This road crosses two passes - the Kunzum La (4551m) and the Rohtang La (3978m). The scenery makes up for the bad state of the road.

Suggested Itinerary
Day 1 Drive from Delhi to Shimla.
Day 2 Shimla to Sangla, with an optional diversion to see the Bhimkali Temple at Sarahan.
Day 3, 4 & 5 At Sangla, stay at the Banjara Camps. There is a lot to do here including a visit to Chitkul village, plenty of jungle walks and activities such as river crossing.
Day 6 & 7 Sangla to Tabo. It's imperative to spend two days here so that you can get acclimatised to the high altitude.
Day 8 Kaza.
Day 9 Kaza to Manali.
Day 10 Manali to Delhi.

Kinnaur and Spiti - nature how it was meant to be
More than the specific place of interest in Kinnaur and Spiti, it is the journey between these regions that leaves the visitor awestruck. There is not a boring kilometre in the entire 800-odd-km circuit we covered. We’ll tell you about the famous places and sights that you should see, but keep your eyes open during your drive and you’ll come across many a pristine vista that will leave you standing in your tracks.
The main road we followed during our Trans-Himalayan drive was the NH22 from Chandigarh to Sumdo, SH30 from Sumdo to Manali, and NH21 back to Chandigarh from Manali. Most of the places had to be approached via narrow winding roads, climbing up and away from the main road.

Sarahan
This little town on the border of Shimla-Kinnaur is famous for the Bhimakali temple that stands magnificently amid lofty Himalayan peaks. This temple attracts pilgrims and tourists from all over the world.

Sangla
This is, by far, the most beautiful place in all of Himachal. Located at the head of the Baspa Valley, the early months of the year see the snow-capped mountains stretching out to meet the crisp blue sky. And after the monsoon has had its say, the wildflowers lend it that magical touch. The Banjara Camps at Sangla are the perfect setting for a week-long holiday. The richly forested woods of pine and deodhar make for splendid walks on the opposite bank of the camp across the river and the ancient wooden bridge is the perfect place to stand and revel in the roar of the river.
On the opposite bank to and further down the valley lies the quaint Batseri village. This typical Kinnauri village, which has houses made entirely out of wood, has its own temple, public baths and swimming pool. In the fields above it, a glacier has slid down from the mountains and is slowly melting. Picture-postcard imagery in the heartland of India itself.

Chitkul
This village, 20km from the Banjara Camps, is a must-see if you're visiting Sangla. Green fields, mountain peaks, little fairy-tale houses, temples, gompas, and friendly folk conjure up an image of a Shangri-La come alive.

Kalpa
Famous for its unhindered view of the Kinnaur Kailash (6050m), the legendary winter home of Shiva, where he comes to indulge in his passion for hashish. The naturally formed Shivling can be viewed from most places in Kalpa, if the mountain is not obscured by clouds. Besides this, Kalpa has some splendid treks too. Tourists can buy Kinnauri shawls and caps from the Handicrafts Emporium at Kalpa.

Rekong Peo
Six hundred metres lower and 13km away from Kalpa is the district headquarters of Kinnaur. Check out the Kinnaur Kalalchakra Celestial Palace, a brightly coloured Gompa that was inaugurated by the Dalai Lama in 1992.

Tabo
Tabo houses one of the most important Gompas in the Buddhist world and it is believed to be the one in which the Dalai Lama will finally settle. Built in 996AD by Ringchen Zangpo with the help of Kashmiri artists, this Gompa shares the complex with eight temples all at ground level. It is famous for its exquisite murals and stucco sculptures that bear a striking resemblance to the paintings and sculpture in the Ajanta Caves. The drive to Tabo leaves you speechless. The shift from Kinnaur's heavily forested and pretty landscape to the stark, spectacular scenery of Spiti is apparent as you start travelling from Jangi (where the inner line starts) towards Sumdo, the gateway to the Spiti Valley.

Dankar Gompa
This 1000-year-old Gompa at Scihiling is on the road from Tabo to Kaza and the steep 8km climb necessitates use of a 4WD vehicle. Dankar's main attraction is a natural lake situated at about 13,500 feet above sea level. Dankar is also famous for the medicinal herbs grown here as they are claimed to cure heart and lung ailments.

Kee Gompa
If there's one sight that's definitive of Spiti's rugged, raw beauty, it is the Kee Monastery - the largest in the valley and perched high on a mountain top. Hundreds of lamas receive their religious training here. It is also known for its beautiful murals, rare manuscripts, peculiar wind instruments and, interestingly, a collection of weapons. This is one monastery which is a must-see on your trip to Spiti.

Accommodation in Kinnaur and Spiti is sometimes very basic and you won’t really be spoilt for choice of food in Spiti. So be forewarned and don’t expect touristy treatment. Unless indicated, all the hotels are run by HPTDC (Himachal Pradesh Tourism Development Corporation).

Sangla
Banjara Camp (Run by Banjara Camp & Retreats Pvt Ltd)
The camp at Sangla is located in a fantastic setting and is a
paradise on earth. They have activities like river crossings and jungle walks. The food is tasty and the treatment royal. The tents are very comfortable with attached bathrooms. Stay here for a week at least. It will be a spiritual investment.
Rates: Rs 3800 per room (2 persons, all inclusive).
For bookings,
Ph: 011-26861397/26855153 or
Fax: 011-26855152. Email: banjara@vsnl.com or visit
www.banjaracamps.com for full information.

Kalpa
The best place here is the Government Circuit House, should there be no VIPs visiting. For a room here, meet the Secretary of the Deputy Commissioner at Rekong Peo (his office is in the huge police headquarters complex). He'll ask you to fill up a requisition form and hand you a letter to be given to the caretaker at the circuit house.
Or else, HPTDC has a hotel here called Kinner Kailash Cottage. Ph: 01786-226159. Visit www.hptdc.nic.in for additional information.

Kaza
Tourist Lodge
Ph: 01906-22566. They have four rooms and five tents.
Rates: Rs 600-1800 per day.
Note: Truly away from the wired world, even STD booths are a rarity here with Tabo having just a solitary telephone line. The sole STD booth is just behind the Tabo Gompa.