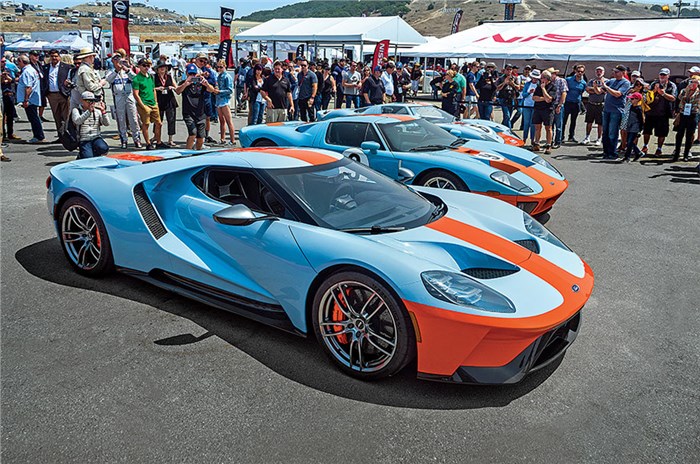 To celebrate the 50th anniversary of their famous LeMans win, Ford and Gulf Oil launch a Heritage Edition GT. We take a closer look at this limited-production supercar that is steeped in a rich legacy.

What makes the Monterey Car Week unique is that it is a celebration of the past, present and the future. On the concept car lawn at Pebble Beach, future concepts and one-offs are parked nose-to-tail, hinting at what you could be driving in the next couple of years. This is also the place manufacturers unveil new models to impress the uber-rich crowd that throngs to this pocket. The Ferrari Pista Spider, Lamborghini Aventador SVJ and Bugatti Divo, to name a few, made their debuts here.

But it is heritage that gets top billing at the Monterey, with the week culminating in Pebble Beach Concours d’Elegance – the most famous beauty contest for vintage and classic cars. Heritage really sells in this part of the world and the eye-watering prices cars are auctioned at, is proof enough. How does USD 48.4 million, or Rs 338 crore, sound for a Ferrari 250 GTO?! 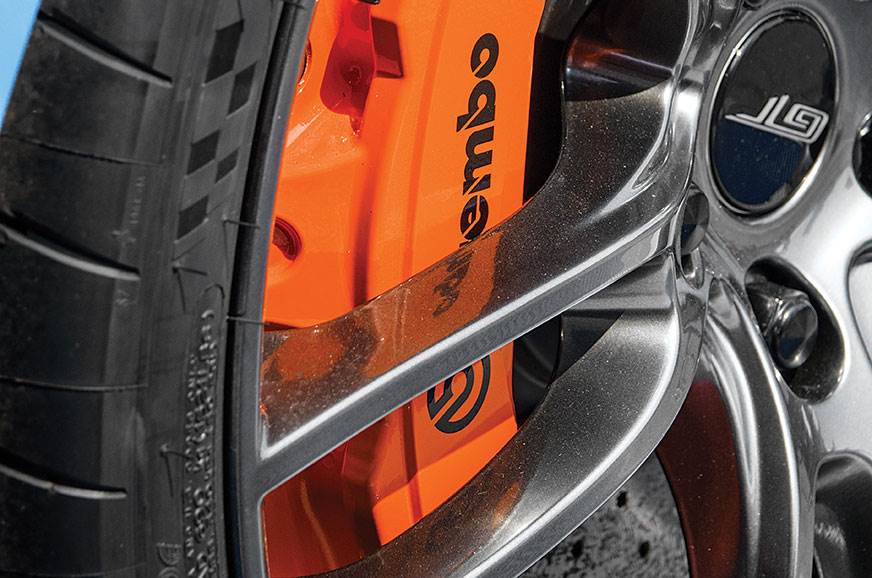 Playing on the heritage sentiment that runs strong and deep during Monterey Car Week, Gulf and Ford joined hands to launch the ’68 Heritage Edition Ford GT at the Rolex Monterey Motorsports Reunion – a race weekend for historic racing cars at the Laguna Seca racetrack.

Painted in the famous light blue and orange Gulf Oil colours – possibly the most recognised racing livery of all time – the Heritage Edition pays homage to the Gulf-Oil sponsored Ford GT40 (chassis number 1075) that successively won the 24 Hours of LeMans in 1968 and 1969.

Hence, the production run of 50 cars each is for the 2019 and 2020 model years, respectively, to celebrate the 50th anniversary of the historic LeMans win. 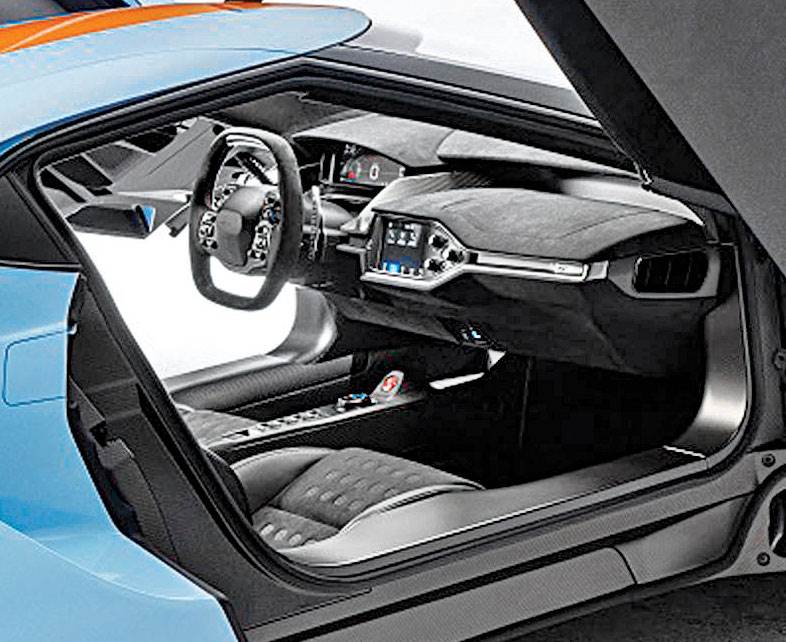 Interior of Heritage Edition gets lots of Alcantara leather.

Unveiled alongside the original LeMans-winning GT40 (and the first-generation GT), the 2019 model will wear the 1968 race-winning car’s number 9, whilst the 2020 model year GT will sport the number 6, which is the number of the 1969 winner. What’s a cool touch is that instead of the number being painted on, they are unpainted cut-outs like a stencil, done so to expose the carbon-fibre skin. The A-pillars are also exposed carbon fibre, whilst other bespoke parts on the Heritage Edition include 20-inch forged aluminium wheels, silver covers for the rear-view mirrors and brake callipers painted the same bright orange shade of the Gulf colours.

The cabin design is unchanged but the cabin is swathed in Alcantara and the seats, keeping with the Gulf livery, get blue and orange stitching.

There are no mechanical changes and the Heritage Edition is powered by the same 656hp, 3.5-litre twin-turbo V6. 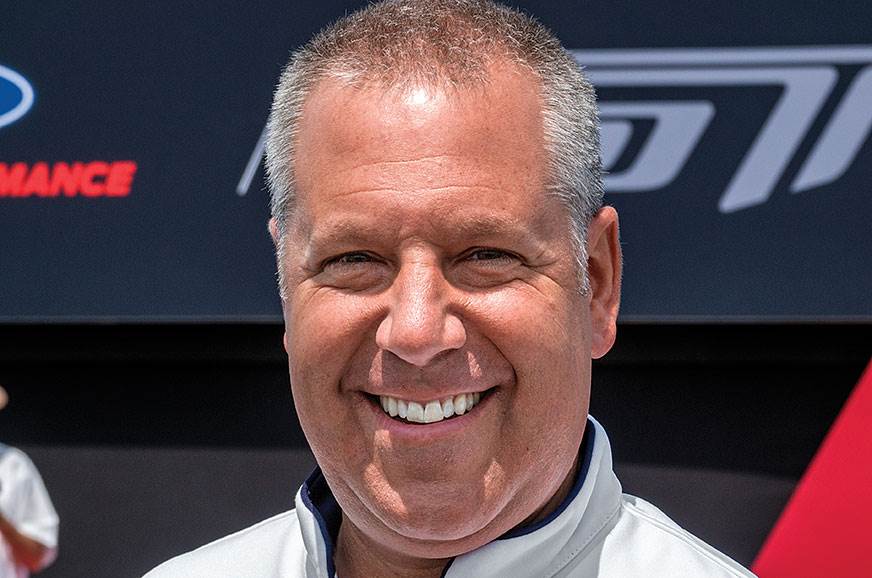 Hinrichs: “Racing has always been in Ford’s DNA.”

Joe Hinrichs, Ford’s executive vice president and president, global operations, believes the Heritage Edition GT plays a significant role in honouring the brand’s heritage. “This car brings us back to the heritage of our company. Racing has always been in the DNA of Ford Motor Company and it’s well known that Henry Ford founded the company because he wanted to race in 1903. And when you look at these cars you can see the history. In 1968-69, the Gulf version of the Ford GT40 won the Le Mans two years in a row and here we are 50 years later showing it off again with the new GT.”

Ford and Gulf made the most of the Monterey Car Week with the Heritage Edition, which made an appearance in the supercar parade on Cannery Row (see page 158) and at Pebble Beach.

There could be no better place to find customers for a car costing upwards of US$550,00 a pop. 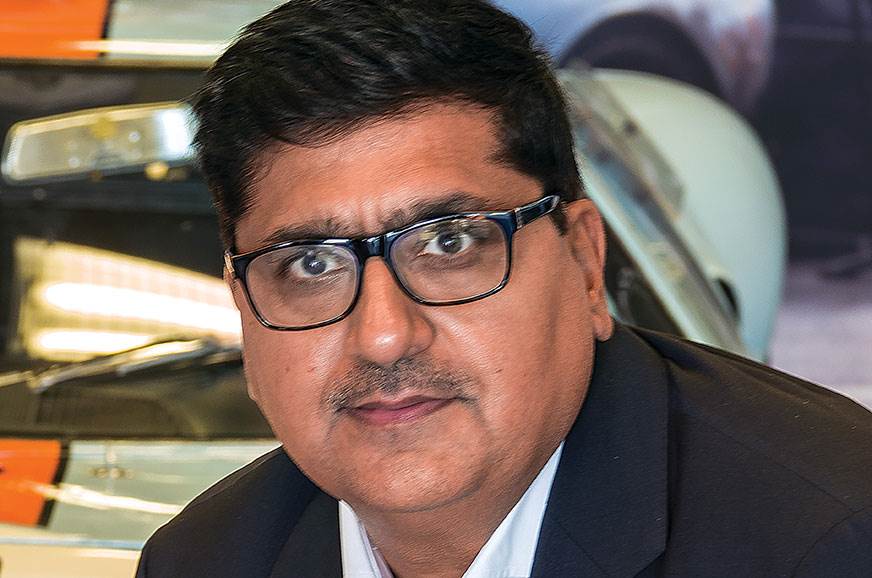 On Gulf’s association with Ford.

It is indeed a milestone for us. We have seen the Gulf colours on the Ford GT40; which is now going to be a road car. We are delighted to partner with Ford to help the Gulf-themed Heritage Edition Ford GT become reality. So this is another first for Gulf, and a pioneering effort to see this car rolling out.

On Gulf’s history with motorsport internationally, extending to the Indian market.

Motorsport has been a niche area for us in India. Although the commonality between our target audience and the motorsport audience is indeed a very good fit, India has witnessed a few hiccups in development of motorsport around the time that F1 came to the country. However, I see a lot of potential in how motorsport can help us build our brand.

On the importance of the livery and the iconic Gulf colours.

Globally, motorsport has been part of our brand legacy for decades. We were one of the first companies to trademark our colours in motorsport. The blue and orange is trademarked, and that is our legacy. The livery is well-regarded, not only amongst motorsport enthusiasts, but also among people looking at premium brands like Tag Heuer which have a tie-up with us.

On the current position in the Indian market and the way forward.

In the last 10 years, we have improved our position from around seventh to third in overall brand and amongst private companies, we are a close second after Castrol. Our company has grown three times than the industry growth rate. We have good market share in the motorcycle segment, in diesel engine oils and also active partnerships with many automakers such as Ashok Leyland, Daimler, Mahindra and Bajaj. We see our position growing even further with some of our offerings like long drain products and diesel engine oils.

On strengthening association with automakers.

There are various programmes that we’d like to run with automakers such as adopting a techno-commercial sort of approach. Our association with Ford GT ’68 Heritage Edition is one of the stepping stones towards that and our endeavour is to partner with all the leading automakers.

On the outlook for lubricant business amidst increase in electrification.

Globally, there is a trend towards electrification, but in India, we don’t see the lubricant demand contracting for the next 10-15 years. However, there will certainly be a changeover so we would have to develop products that also cater to EVs. Demand for engine oil would come down and other products will gain relevance but demand for products such as coolants will grow. So we need to look at how we can be a part of that and also intensify other businesses. For instance, we had commenced a pilot two-wheeler battery business and are now looking to grow it aggressively.