Dumping the clutch: City AT vs Fiesta AT 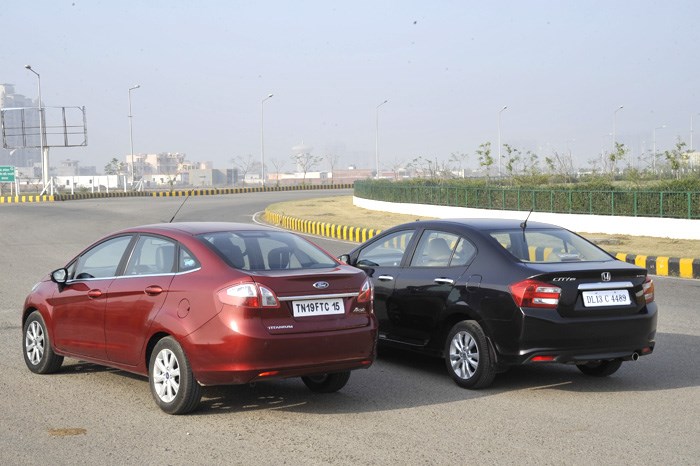 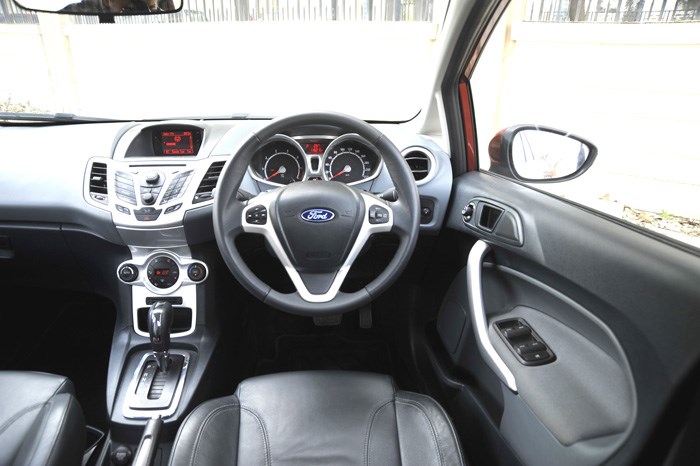 Funky dashboard complements the sporty exteriors of the Fiesta. Plastic quality is inconsistent though. 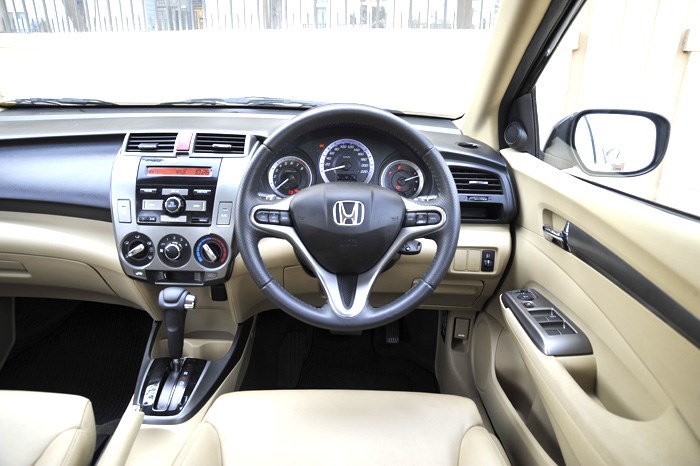 City's high driving position like most hondas is spot-on. 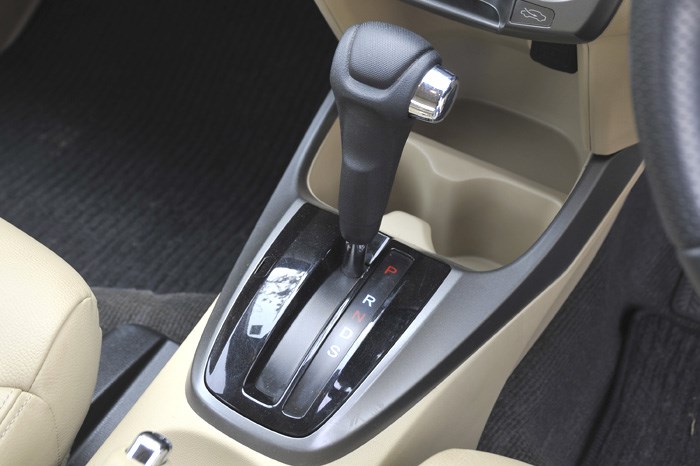 Which of these two automatic saloons is the most convenient and easy to live with? We find out with an exhaustive comparison test.

Not too long ago, automatics were rather unpopular on any car this side of a Skoda Laura. The general perception of them being more expensive than their manual cousins and less fuel efficient didn’t sit too well with buyers in such a price-sensitive segment. Old-school autos also ate into big chunks of the engine’s power and were about as much fun to drive as a bar of soap.

Things have changed though – our increasingly crowded streets and gridlocks mean that we spend more time changing gears than actually driving.

Also, the modern automatic gearbox has come a long way from the slushboxes of old. Take for example Ford’s new Fiesta – it’s being offered with a twin-clutch automatic – a thoroughly up-to-date gearbox. Ford believes it is more fuel efficient, shifts gears more smoothly and gives you more driving pleasure.

But we simply can’t take Ford’s word, can we? That’s why you see the Honda City auto here. It’s been the de facto choice in this segment since its launch in 2009 and stiff competition from Volkswagen and Hyundai didn’t ruffle its feathers either. The City has a conventional torque-converter and has only five gears against the Ford’s six. The City is also just Rs 4000 more than the Fiesta’s Rs 9.7-lakh price tag.

Visually you will find no difference between the manual and automatic Fiestas – you get the same swept-back headlamps, distinctive grille and bold creases that add up to a sporty shape. The tail section looks too high in profile though and is a bit ungainly. The Fiesta’s biggest brag is its dual-clutch transmission, a first in this segment. After the recent facelift, the City got some minor cosmetic changes. The front grille now gets a chrome finish; there’s a new rear bumper and different taillights as well.

The Fiesta’s dashboard is nicely textured with soft-touch materials but some plastics lower down look shiny and cheap; some of the switchgear too doesn’t feel premium either. What lets the interiors down is the rear seat, which simply can’t match the City for legroom. Headroom too is not as generous and the small rear windows add to the cooped-up feeling. The Fiesta’s driving position is superb, the steering wheel, gearlever and seat are perfectly placed and the pedals are well spaced.

The City’s front seats are good, but not as nice as the Fiesta’s. Sure, there’s lots of space and the front seat cushions are generous, but the driving position isn’t anywhere as snug as the Ford’s. Where it does score over the Ford though is by having slightly better rearward visibility, and the rear seats are decidedly better. There is a generous amount of width and legroom and you feel less hemmed-in here. The City now comes with light brown fabrics as opposed to the beige you used to get in the earlier car. The dials now get a cool blue backlighting and the chrome rings on the AC controls look nice.

The Fiesta is the better equipped car and has some unique features. There’s voice activation for the audio system, Bluetooth connectivity, climate control and auto-folding mirrors, so it’s amazing that Ford has priced it at par with the lesser-equipped City.

So how does the Fiesta’s hi-tech gearbox perform in the real world driving conditions? Slot the gearlever in ‘D’ and you will find the Fiesta jumps off the line with enthusiasm. The dual-clutch box feels good in traffic and you find it does a good job of selecting the right gear for the right situation. The gear ratios are shorter than the City’s and this helps with quick responses in the cut and thrust of city traffic. There is none of that gearshift jerkiness usually associated with twin-clutch units. For ambling along in traffic, the Fiesta is brilliant and smoother than the City. The trouble is, as soon as traffic thins out, the Fiesta struggles a bit. This is mainly down to the engine’s lack of grunt – most of the power made by the Ford engine is near its redline so you really need to rev it to get the best out of it. The mid-range is a bit flat as well and lacks punch.

The City’s torque-converter transmission is not as smooth and power delivery can be abrupt at times. This makes it slightly tricky to drive smoothly in stop-start traffic. If you do drive on the highway though, it’s the City that has the clear advantage. This is mainly down to the strong 118bhp engine and the quick-shifting five-speed auto. The City’s motor is free-revving too. Our VBOX figures reflect this. The Fiesta takes 13.80sec to reach 100kph which makes it a second slower than the City. Even in-gear, the City proves to be much quicker than the Fiesta.

The City’s engine/gearbox combo is more fun to use and in manual mode, the gearbox holds on to a gear and doesn’t upshift unless you pull the paddle (the Fiesta doesn’t have paddle-shifters). The Fiesta doesn’t come with a manual mode; instead you get an ‘L’ mode which gives you more engine braking and the ’box stays in the lowest gear possible.

If Honda is famous for its engines, Ford is equally well known for its driving dynamics. And the Fiesta, fine-tuned to Indian tastes, is no different. Now, keen to appeal to a wider customer base, the car has been tuned to erase every bump and broken patch Indian roads can throw at it. And the taller springs and tuned dampers deliver the desired effect. The ride quality over poor sections of the road is simply superb. The Fiesta blots out most road noise over poor sections and the car never feels floaty at high speeds.

The City feels distinctly second best on the ride and handling front. The same section of road seems worse for wear, every poorly paved patch on the road gets highlighted and this is especially true at low speeds. The suspension is also much more audible than the Ford’s. But once speeds build, the City manages to tackle poor sections with less noise filtering through to the cabin. The City also feels the more nimble of the two. While its light steering fails to inspire confidence and feels vague at speed, it’s a delight in urban traffic. The steering of the Fiesta is well weighted and considerably more direct.

Ford claims the Fiesta automatic to be very fuel efficient and our test confirms this. In town, the Fiesta returned a impressive 10.3kpl as against the City’s 9.5kpl, while on the highway the Honda’s tall gearing means it returned slightly better figures than the Ford.