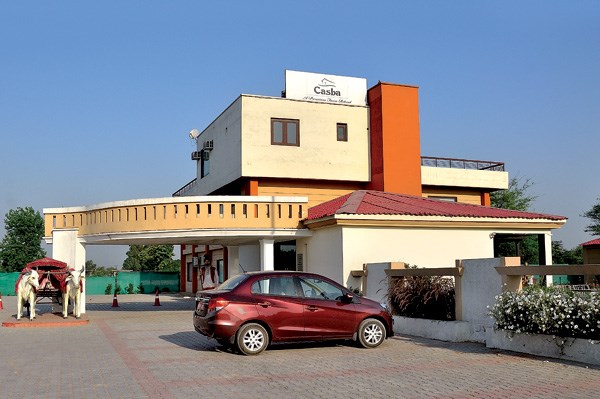 We travel to the land of five rivers and check out its offerings for visitors.

Punjab is not a very big state. Yet the influence of Punjab on the Indian psyche is unparalleled. Punjabi food has spread across India, and the world. The catchy music of its people has been adopted and codified by the Hindi film industry. Even its sartorial style has become the de facto uniform of India. So what does Punjab have to offer to the tourist? We make an exploratory drive to Patiala to find out if Punjab has been unjustly shunned by the tourists.

The best time to begin your driving holiday is early in the morning before the city awakes and the traffic builds up. From the capital, you need to take the NH1. This highway connects Delhi to the town of Attari on the India-Pakistan border. The road, for the most part, is six-laned but there are many diversions on it due to ongoing work. The road is well surfaced and there are enough fuel stations along the way. Food and loo-breaks too are not a problem with enough facilities along this stretch. In fact, Murthal, about an hour from Delhi, has gained fame for its dhabas serving piping hot parathas. Served with a generous dollop of white butter, it isn’t exactly for those watching their diet, but lip-smacking delicious. Wash it down with a hot cup of tea and it makes for a happy breakfast. While the broad and well-surfaced NH1 tempts you to drive with a heavy foot, be warned. Speed limit on this highway is 90kph and is frequently and strictly enforced by police patrols. So, stick to the speed limit, stay on the right side of the law and stay safe.

A word about driving in Punjab. Carry your GPS or a good map if you are visiting. Most of the road directions and signages are in Gurmukhi only, especially once you venture off the main highways.

For Patiala, you have to turn off NH1 and take NH64 at Rajpura. The distance from Delhi to Patiala is about 160km and should take you about five hours. So, if you leave Delhi early in the morning, you should be there before lunch, perfect for a quick weekend break.

While you are on the road, keep an eye out for people making and selling fresh jaggery made from sugarcane by the roadside. Pick up some, you will not be disappointed.

So, what does Patiala have in store for the tourist? There are the forts and palaces. There is the shopping. And then there is the food. For Autocar India readers, Patiala is the setting for a famous Rolls-Royce story. Maharaja Bhupinder Singh, who ruled this princely state from 1900 to 1938, used to be driven around in a motorcade of 20 Rolls-Royce cars. Once, he felt slighted by the company’s refusal to accept an order from him for a new car. Miffed, the Maharaja converted his Rolls Royce cars into garbage vans! Alarmed at this desecration of their proud symbol, the company promptly bowed down to his royal wishes.

The other prime attraction of Patiala is the Sheesh Mahal or the palace of mirrors. It was built by Maharaja Narinder Singh in 1847. In front of the palace is an artificial lake, now dried up, spanned by a ‘Laxman Jhoola’ bridge. Gardens on either side of the lake add to the place’s charm. The palace is also home to a museum that supposedly holds the world’s largest collection of medals.

Behind the Sheesh Mahal stands another fabulous structure, the Moti Mahal. Construction of this palace started under the rule of Narinder Singh but was completed in the early part of the 20th century when Bhupinder Singh was on the throne. The architecture of Moti Bagh Palace was based on the design of the Shalimar Gardens in Lahore. This was the largest abode in the world at the time and was home to the rulers of Patiala who stayed here till the 1940s. After independence, it was handed over to the Government of India and a portion of it today houses the Netaji Subhash National Institute of Sports which has given us sporting luminaries like Dhyan Chand and PT Usha.

Rarely mentioned in Patiala’s tourist itinerary, the royal mausoleum Shahi Samadhan is an elegant collection of white marble cenotaphs. Chances are you will be the only person here, at an oasis of tranquility amid the bustling rush of the city.

But perhaps the palace you might be most interested in was built in 1876 by the then ruler of Patiala, Rajinder Singh. Till then, the rulers of Patiala lived in Quila Mubarak. It is a white, colonnaded building, centered on a rectangular Sikh-Mughal-style, twelve-door pavilion or Baradari which gave its name to the splendid garden accompanying it. Today, you can live in this Baradari Palace as it’s run by the Neemrana chain of ‘non-hotels‘ as they like to call themselves. This old ‘kothi’ has been refurbished with modern conveniences and comforts. Located in the heart of the city, it offers a peaceful refuge from the hustle and bustle of Patiala. The hotel offers a medley of tastefully furnished suites and rooms, no two of which are alike. There is an in-house restaurant and bar, but there is no room service. It is also very popular with the denizens of this city and can become a bit crowded specially if there is wedding or a function being held there. Now, if only there were a swimming pool.

Punjab has a great tradition of handicrafts and handlooms. It is known for the traditional embroidery, phulkari. The word phul means flower and kari means craft, thus its name literally means floral work or floral craft. Also on the shopping list should be the Punjabi jutis or shoes embroidered with colourful gold and silver zari work. And the Patiala salwar, the traditional salwar with a Punjabi twist. If you want to go out shopping, we suggest that you keep your car parked at the hotel and opt for an auto-rickshaw instead. That’s because you want to go to Adalat Bazar and Quila Bazaar with their narrow and crowded but wonderfully colourful streets.

If you are in Punjab, how can Punjabi food be far behind. For the best food, ask the locals. Somewhere near the entrance of Quila Mubarak, I was told of a Pammi Pooriwala. It turned out to be small shop with people waiting outside for freshly fried pooris. There were a few tables inside, and we took our place and ordered the house specialty. In minutes, we had in front of us freshly fried pooris and chole. In one word, delicious! I learnt that they had been serving the same food for nearly 50 years. And after one bite I knew why they were still in business.

While Punjab has given us dishes like Butter Chicken and Amritsari Fish, some of the best Punjabi food remains vegetarian. Sarson da saag and makki di roti. Dal makhani, rajma, choley and kadi pakori, not to forget the lassi. When you are in Punjab, eat what the Punjabis eat. It’s honest and wholesome food. You will come home satiated. Yes, you will have to spend that extra bit of time on the treadmill, but it’s worth it.

Here’s another thing to do in Punjab. Make an unscheduled halt at any of the villages you might be driving past. Get down and take a walk. You will discover the warm hospitality of the people here. You will be invited to their houses and offered food and snacks, even though you are a perfect stranger.

Another great way to see Punjab is through farm stays. Punjab Tourism is promoting farm stays as a great way to explore the state. There is a list of places on the Punjab Tourism website punjabtourism.gov.in. We did check out one of them, Casba Farm Retreat in Mohali, on the outskirts of Chandigarh and about 55km from Patiala. Banish all thoughts of roughing it out on a farm. This one is plush, with all modern facilities and conveniences you can expect from a top resort. But if you want to go and milk a cow, you can do that as well. You can get through to them through the Punjab Tourism website or you can click them directly on visitcasba.com.

If you want to drive off the beaten path, Punjab is waiting to be explored. Drive safe.