The Frenchman began his World Rally Championship title defence with a hard-fought victory. 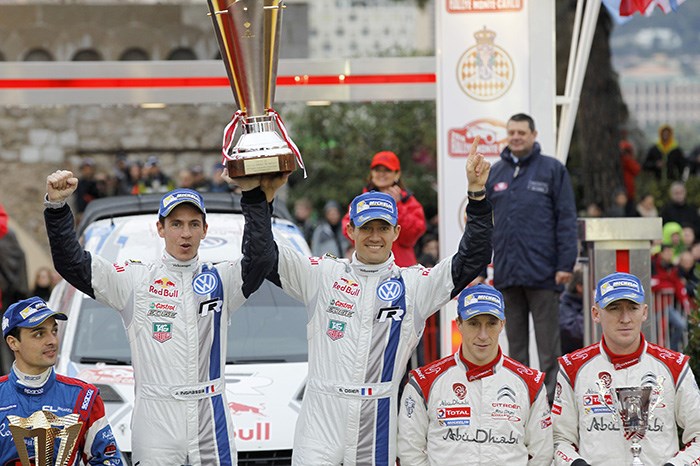 Despite being back in ninth, 1m20s off the lead, at the end of the opening loop on Thursday morning, Ogier was able to charge back to the front by the middle of the second day.

He then pulled away, coping well with torrential rain and occasional heavy snow, to give Volkswagen its first Monte win, and to repeat his 2009 triumph on the event when it was part of the Intercontinental Rally Challenge.

Ogier's early deficit occurred during the changeable conditions of the first morning, when a mixture of rain, ice and surprise snow made tyre choices a nightmare.

Robert Kubica started his first top-level WRC season with M-Sport in incredible style bywinning the first two stages, before falling back to fourth when he found himself on the wrong tyres for heavy snow on SS3.

The Pole remained in contention for a podium until crashing out on day two.

Bryan Bouffier, making what is expected to be a one-off outing in an M-Sport customer Ford, judged the weather and tyre dilemma perfectly and burst into the lead.

It looked like he would be able to put up a fight against Ogier until a spin on Friday let the world champion snatch first place.

Citroen's 2014 signings Kris Meeke and Mads Ostberg were delighted to deliver third and fourth for their new employer.