Other up and coming stars backed by famous motorsport lineages include Pietro Fittipaldi, Giuliano Alesi and Harrison Newey. 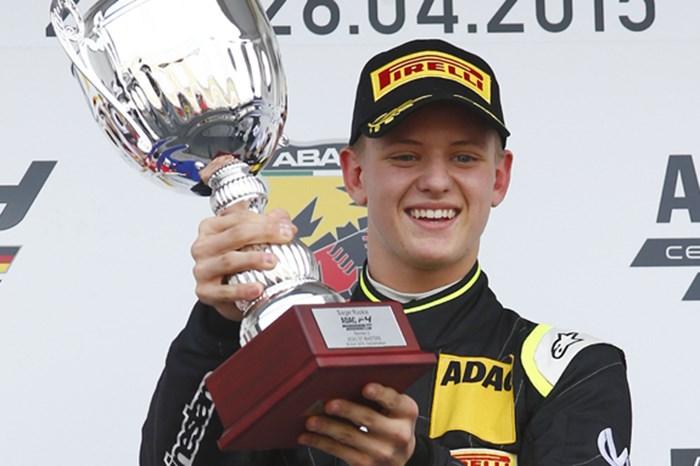 The 16-year old German finished 10th in last season's German Formula 4 Championship but is expected to be in constant limelight due to his eminent and instantly recognisable family name.

Other up and coming stars with famous motorsport lineages include Pietro Fittipaldi, grandson of two-time world champion Emerson Fittipaldi – who is also leading the standings after three rounds held in Abu Dhabi, Bahrain and Dubai respectively.

Giuliano Alesi, son of grand prix winner Jean Alesi will also feature at the season finale in Chennai – shortly after having confirmed his move to GP3 for the 2016 campaign.

Harrison Newey, son of master F1 designer Adrian Newey will also be in the fray, while the Indian contingent will include Tarun Reddy, Arjun Narendran and Karthik Tharani.

In terms of the championship, Fittipaldi's closest rivals are Russian Nikita Troitskiy and female Colombian racer Tatiana Calderon, ahead of the quadruple header in Chennai this weekend.