Williams drivers Valtteri Bottas and Felipe Massa were just hundredths of a second off Button's pace. 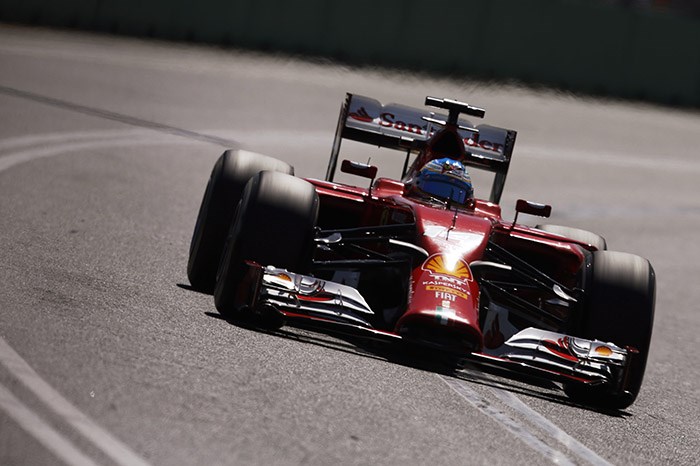 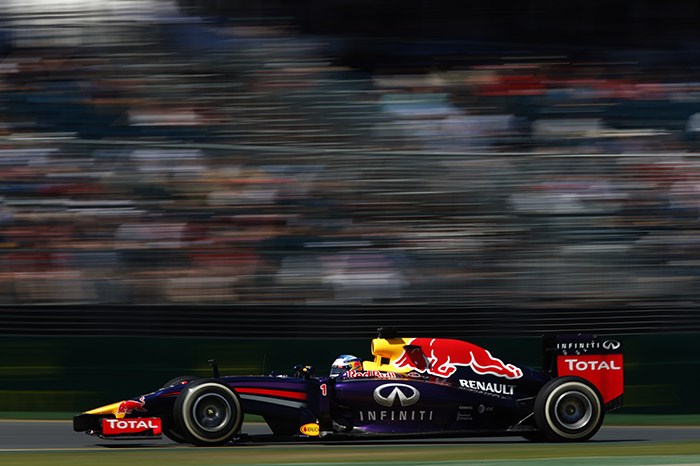 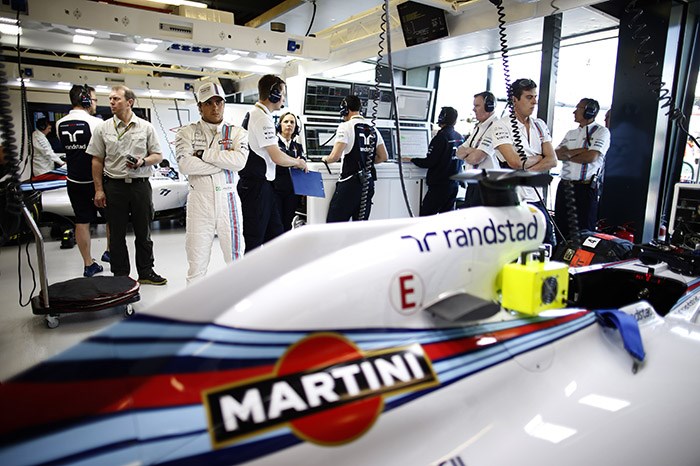 Fernando Alonso prevailed over Jenson Button as McLaren and Ferrari traded places up front in the first Formula 1 practice session of 2014 at the Australian Grand Prix.

Williams drivers Valtteri Bottas and Felipe Massa were just hundredths of a second off Button's pace.

But there was disappointment for pre-season favourite Mercedes, with Nico Rosberg only sixth fastest behind Daniel Ricciardo's much-improved Red Bull, and Lewis Hamilton stopping on track on his out-lap.

Ferrari was first to break the silence as Alonso's F14 T rumbled out of the pitlane and on to the track to complete a historic, if uneventful, installation lap.

Quite against the pre-season run of form, though, it was Mercedes that claimed the unfortunate accolade of being first to suffer a breakdown during a race weekend.

The session was but five minutes old when Hamilton came to a halt at the exit of Turn 8, a wisp of smoke curling from the rear of his W05 as its engine shut down in response to an oil pressure warning.

Hamilton returned to the pits with his helmet in place, visor down, cold-shouldering an official who requested sight of his pass at the paddock gate.

In contrast, four times world champion Sebastian Vettel lounged on the pitwall with his overalls tied around his waist as his team-mate Ricciardo became the first driver of the weekend to complete a flying lap.

Sergio Perez was the first to spin and Daniil Kvyat the first to explore the gravel trap at the exit of Turn 1, followed in short order by Toro Rosso team-mate Jean-Eric Vergne, with the team having numerous excursions through the session amid braking system issues.

Ferrari, McLaren, Force India and Toro Rosso were busiest in the first half of the session, each running multiple-lap stints with both of their cars, although Kimi Raikkonen's programme was interrupted by an ERS-K failure that Ferrari fixed within 25 minutes.

As in testing, Mercedes-powered cars covered the bulk of the mileage, but Red Bull has clearly made some progress on reliability; Ricciardo amassed 26 laps and Vettel, after sitting out most of the first hour, ran one installation lap followed by a five-lap timed run, and then another four in the final minutes to go seventh fastest overall.

Both Williams drivers embarked on multiple stints, making good use of the extra set of Pirelli tyres permitted during this session.

Bottas did the most running in the first hour before Massa took to the track, and while the Brazilian veteran was initially faster, Bottas subsequently eclipsed his time and was quickest of all in the middle sector.

Plenty of teams reported teething troubles: McLaren's Kevin Magnussen alluded to engine problems over the team-radio and Button was not getting lap time readouts on his steering wheel.

Marussia had a low-key session, with Jules Bianchi completing two three-lap stints while team-mate Max Chilton set a time on just one of his four laps.

Besides Hamilton, four other drivers failed to set a time. Both Caterhams completed just one installation lap before returning to the garage for attention to problems with the electrics on Marcus Ericsson's car and the fuel system on Kamui Kobayashi's.

Neither Lotus emerged until the final quarter-hour, and Pastor Maldonado promptly deposited his E22 in the gravel at Turn 13 on his installation lap before cruising back to the pits.