Jehan Daruvala on his F1 ambitions: I must perform well this year

Having joined one of the most successful F2 teams in Prema, Daruvala knows 2022 is going to be a make-or-break year for his F1 aspirations. 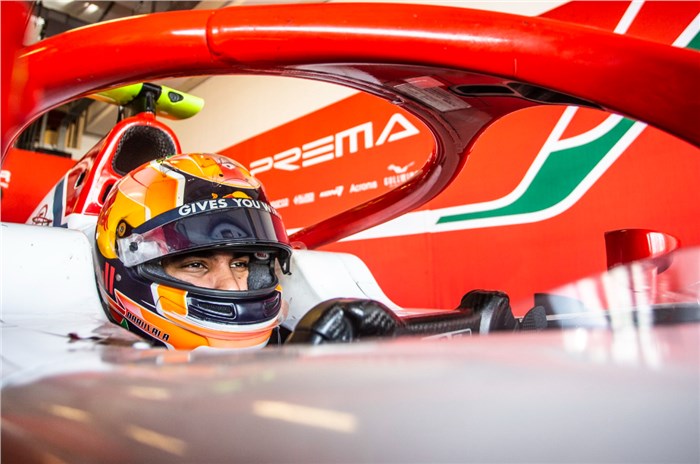 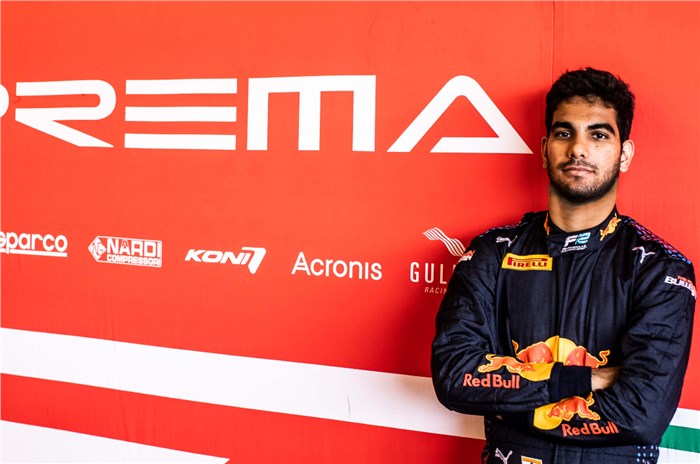 Daruvala will race for reigning F2 champions Prema this year.

Indian F1 hopeful Jehan Daruvala is gearing up for his third, and what could very well be his final, year racing in Formula 2. While the last two seasons didn’t exactly go to plan, 2022 could be the breakthrough he was looking for as he joins reigning champions Prema.

2021 was a mixed season for Jehan. While he clinched two race wins (at Monza and Abu Dhabi) and five podiums, his season was also marred by quite a few missed chances and lackluster qualifying pace at times. Nevertheless, he wrapped up the season in seventh place overall in the drivers’ championship – an improvement on his 12th place standing in 2020.

Looking back, the 23-year-old from Mumbai says “it wasn’t a bad season”. He adds, “Just overall as a team, we weren’t fast enough consistently.”

But any good sportsperson knows the key to success is learning from your mistakes and working on your weaknesses. And Daruvala has a pretty clear idea of what areas he wants to focus on. “Qualifying is an obvious one,” he points out, adding, “It shouldn’t really be too much of a problem this year. The main thing is my racecraft and to consistently stay aggressive, be determined when I’m overtaking and defending.”

Eyes on the prize

Having signed with Prema, Daruvala joins one of the most successful teams in F2. The Italian squad has delivered three of the series’ five champions, including Charles Leclerc, Mick Schumacher and 2021 champion Oscar Piastri.

He also finds himself in familiar territory at Prema, as he’d raced for them in F3 and was even part of their F2 post-season test last year. “We have a strong relationship,” Daruvala explains. "I was there in 2019, that year I challenged for the title in F3 and even though I wasn’t there for the last two or three years, I still felt at home as soon as I came back. The test was really positive, both short runs and long runs were quite good. But again, testing is testing, we’ll only know how it is when we start racing. But yeah, I still see a few familiar faces from my F3 days. So I know quite a few of them and I feel at home.”

With all the right ingredients seemingly in place, Daruvala doesn’t want to settle for anything less than the title. “I definitely believe that I am good enough to win the championship. Now it’s all about cutting out the mistakes that I have made,” he says.

Of course, the gravity of the situation isn’t lost on Daruvala; he’s aware that if he wants to make it to F1, then he’s going to have to be fighting for the championship this year. Red Bull has also decided to keep him on as part of their junior team for another season. And while it’s a big deal for any young driver to be part of one of the most prestigious racing programmes out there, there is a whole other level of scrutiny that comes with this.

When asked if this is the most pressure he’s ever felt, Daruvala replies: “Pretty much on performance, I would say, yeah. This year is probably going to be my last year of F2. So if I want to go to F1, this has to be the year that I perform well and show everyone that I am good. I’ll just leave my actions on track, try to do well, try to win the championship. And then in seven to eight months’ time, I need to see where my future takes me.”

But he’s not treating the added pressure as a burden and is instead trying to stay focused on the racing itself. “I’ll try to do as well as I can for all the races. I know that the car is good, I know that if I drive well, I can always be fighting in the front. So there is no point putting added pressure on myself, there’s anyways going to be pressure. So I think, I just need to enjoy my racing, and I’m sure the results will come,” he says.

It’s a fairly large and diverse motorsport arena out there, from other single-seater series like Formula E to rallying and even sportscar racing. Daruvala admits, “Obviously, my only goal is Formula 1. But I’m not going to stop racing or quit racing if I don’t go to F1. So obviously there are other parts which I will look at.”

While he isn’t ruling anything out for the future, for now at least, Daruvala has one unwavering goal and that is to be the third Indian driver to break into F1. We’re going to have to wait to see if the upcoming 14-round season takes him a step closer to that goal.