Priced above Rs 20 lakh, hot hatch will be launched in India in September; to come in three-door guise initially. 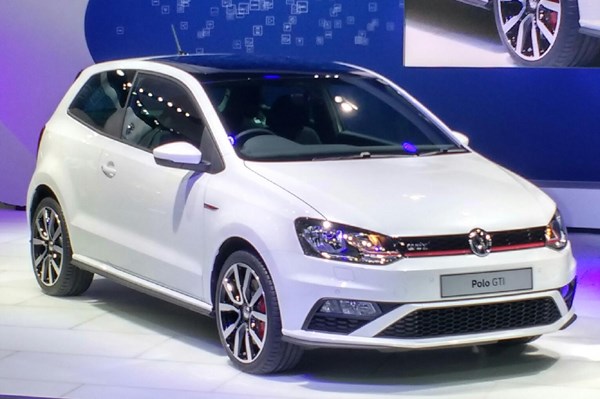 The Volkswagen Polo GTI is all set to be launched in India in September 2016 and has recieved an official unveil at the 2016 Auto Expo.

In a surprise move, however, the German carmaker has decided to get the performance hatchback in the three-door avatar initially. It’s a bold strategy since India has no history of three-door cars, except for the 2003 limited-edition Zen Carbon and Zen Steel, since there hasn’t been any demand for them. But Volkswagen is confident that the launch of the GTI could start a new trend. Besides, a five-door version could make its way into the country at a later stage.

“We want to keep it very pure; a hot hatch that offers performance, technology and comfort. I know that there is a compromise here, but people who buy this car, which is a fairly costly car, will have other cars in their garage to load five people on a regular basis,” Michael Mayer, director, VW passenger cars India told Autocar India in an exclusive interview.

Volkswagen gave the green light to the hot hatch after a year of deliberation and is working hard to achieve a competitive price. However, being a full import, the Polo GTI will be priced above Rs 20 lakh. The company is not looking at numbers, though, and is confident that there will be a small band of enthusiasts who will be happy to pay a premium to own one of the fastest hatchbacks in the country.

With the Polo GTI, Volkswagen plans to also cater to current GT TSI owners seeking performance enhancements that are currently not provided by the carmaker. Mayer added, “In 2015, our Polo GT TSI and GT TDI customers sat roughly between 15-20 percent of the total Polo buyers. That is proof that despite being expensive, people are willing to pay for performance.”

Moreover, Volkswagen might also work on a locally produced derivative of the GTI at a later stage to cater to the lower end of the price bracket.

Customer response towards the Volkswagen Polo GTI is being gauged at the 2016 Auto Expo and orders will be taken for a September delivery. With the launch of the hatchback, Volkswagen aims to create a smaller segment in India and expand the Polo brand in the country. “We will use the existing Polo brand and stretch it with this model at the top, and this is the ground for further development of the Polo in India,” according to Mayer.

2016 is an important year for VW in India as it tries to put the dieselgate crisis behind it, and several exciting launches are planned for the year.