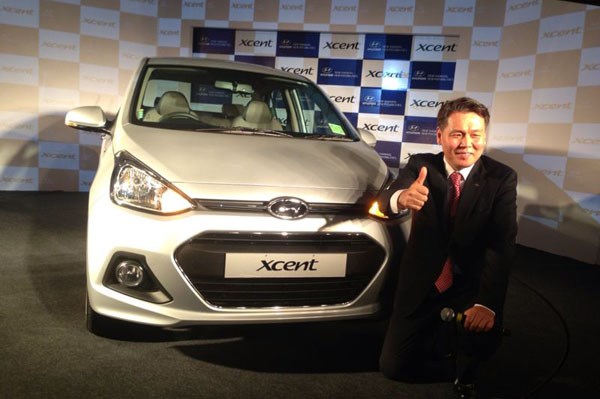 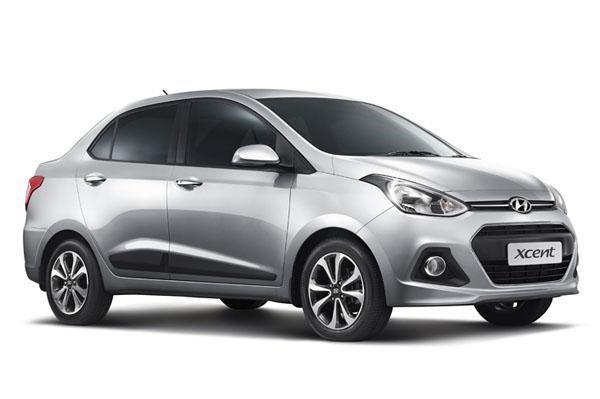 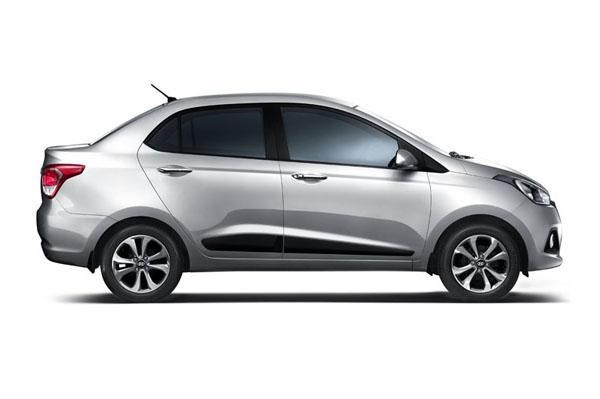 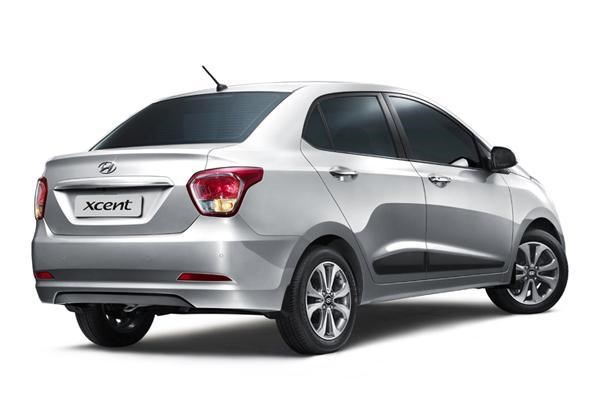 The Xcent is Hyundai’s first sub-four-metre compact sedan and will take on the Maruti Swift Dzire and Honda Amaze; March 2014 launch.

Hyundai’s big launch at the Auto Expo will be the new Xcent compact sedan, a model that has been shown to the media for the first time today. The Xcent is based on the Grand i10 hatchback and carries much of the small car’s styling. In fact, there’s nothing to differentiate the two cars right up till the rear doors. But you can tell the Xcent was envisioned as a compact sedan derivative of the Grand i10 from the very start from the way the tail section blends in smoothly with the rest of the design. The Hyundai Xcent looks quite unique at the tail and promises to offer best-in-class boot space as well.

On the inside, the cabin is a carryover from the Grand i10 which means a smart dashboard and high levels of fit and finish. As with other Hyundais, the Xcent will come loaded with features including rear air-con vents, rear parking camera, a push-button start and even a USB-ready audio system with 1GB internal storage. Top variants will go one-up on the Grand i10 hatchback, however, with the inclusion of automatic climate control. Steering-mounted audio controls, dual front airbags and anti-lock brakes are some of the other features you can expect on the top-spec Xcents. 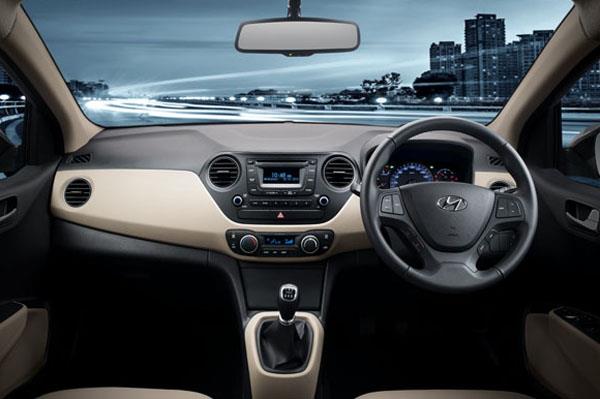 The wheelbase of the remains the same as the Grand i10 hatchback, and that’s a good thing, because there’s lots of legroom for a car of this size. Rear seat passengers are also pampered with things like the aforementioned rear air-con vents as well as a central arm-rest with two cup-holders. However, it must be said that this is not a very wide cabin, and therefore the back seat, though comfortable, is best for just two passengers.

The Hyundai Xcent sedan will use the 1.1-litre diesel and 1.2-litre petrol engines from the Grand i10. These engine will be mated to five-speed manual transmissions as standard though the petrol car will be offered with a four-speed automatic option too.

With the Xcent, Hyundai makes its foray into the lucrative compact sedan segment. Going by how well the Grand i10 hatchback has been received in India, the Xcent has the potential to cause a serious dent to Maruti Dzire and Honda Amaze sales. The new Hyundai Xcent compact sedan will go on sale in March 2014.