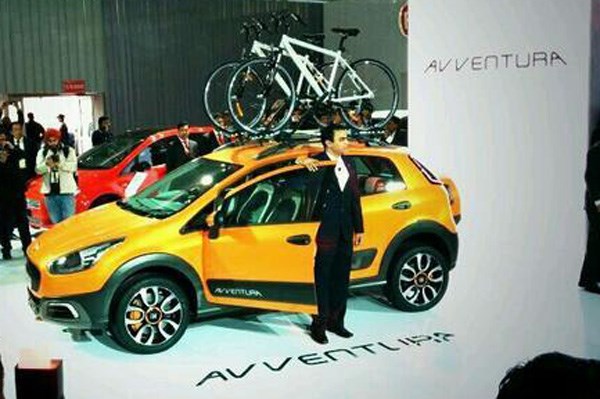 The rugged Avventura gets 200mm ground clearance and a tail-gate-mounted spare wheel. 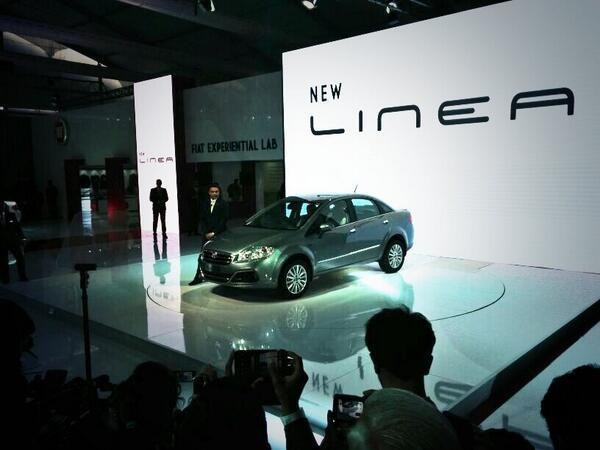 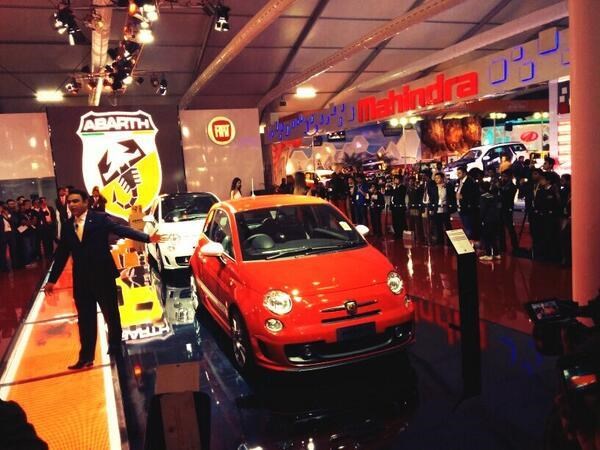 The star of the Fiat stall was the Avventura concept, which is basically an off-road, semi-rugged crossover based on the Punto's platform, complete with a tail-gate-mounted spare wheel. The concept will also come with 200mm ground clearance and larger wheels, which will prove quite useful in our conditions. The car comes with other SUV-like design cues as well, similar to what we’ve seen on cars like the VW Cross Polo. It comes with protective skid plates, strips and moldings on the side, and fully functional roof-rails.
The new Fiat Linea sedan was also showcased at the stall. The new Linea will come with a restyled front grille, re-profiled bumper, new fog lamp clusters and lots of chrome. At the rear, the bumper gets minor tweaks with an additional chrome strip and the number plate has now moved on to the bootlid. Fiat has also worked on making the interiors more modern and luxurious, not only more than the current car but also than the facelifted one on sale in international markets. It comes with cruise control, a new audio system with Bluetooth, aux and USB connectivity, reverse parking sensors, rain sensing wipers and more.
Photo Gallery: Fiat's unveil at the Auto Expo 2014
Fiat also launched its Abarth brand in India, starting with the Fiat 500 Abarth. The car will come with even more aggressive styling and will be imported initially. However, there are plans to localise the Fiat 500 Abarth in future. The car is expected to come with a 137bhp 1.4-litre turbo engine, which should give it plenty of performance. Handling will also be much sportier courtesy stiffer springs and dampers.
Fiat will also open 100 dealerships across the country in the next year, further showcasing its commitment to the Indian market. The company has also invested heavily in improving its customer service experience, claiming to have “learned from our experiences in the past”.