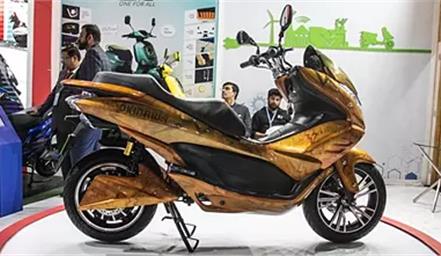 Okinawa is one of India's most well-known electric two-wheeler manufacturers, with a diverse model line and a large dealer network. The business unvei...

Okinawa is one of India's most well-known electric two-wheeler manufacturers, with a diverse model line and a large dealer network. The business unveiled a new concept in the shape of an electric maxi-scooter called the 'Cruiser' at the Auto Expo 2020. Even in the petrol-powered category, the maxi-scooter genre is still in its infancy in India, and one with an electric engine is extremely rare. Okinawa announced that the production model of the Cruiser will be launched in India in the third quarter of FY2020-21 while showcasing the concept. The technological specifications of the electric scooter, on the other hand, are previously known. The Cruiser is propelled by a 3kW motor and is powered by a 4kWh lithium-ion battery. According to the business, it can reach a top speed of 100 kmph and has a battery range of 120 kilometres. It has telescopic forks, twin shock absorbers, and disc brakes on both ends, and rides on enormous 14-inch wheels.