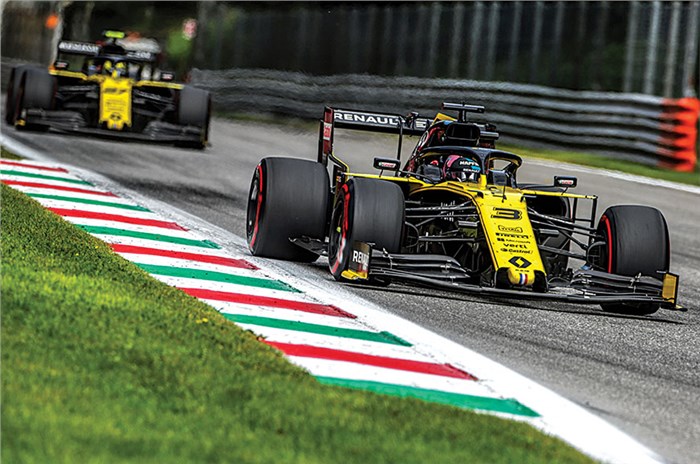 Renault F1 Team scored their biggest haul of points, since 2008, at the Italian Grand Prix. 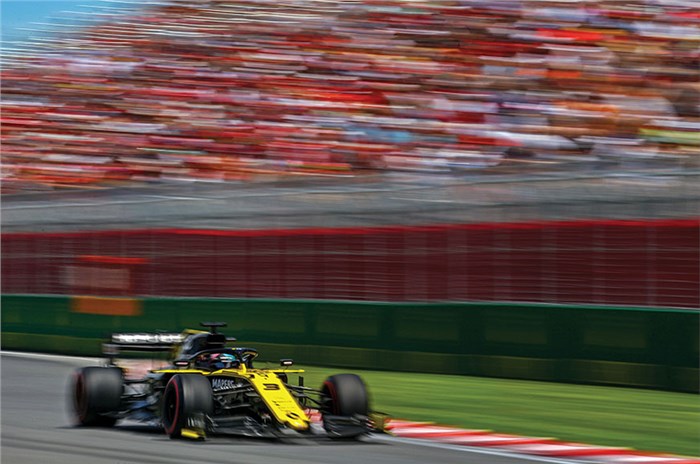 The 2019 season hasn’t gone as hoped for Renault F1 Team. We learn not to underestimate the team’s ambitions. Renault F1 Team are in Formula One to win.

Formula One is a sobering and, at times, frustrating business; but when it all comes together, that’s what makes it worth it. Everybody – every team, every driver, every mechanic, every engineer; literally everybody who competes in the sport – is in it to win it.

But the path to victory is never straightforward. The competition is cut-throat, success is hard-fought and failure threatens around every turn. To put it simply, winning in Formula One is hard.

That is precisely why the Renault F1 Team has taken on the challenge. They already know what success tastes like, having raced to two consecutive double titles with Fernando Alonso in the mid-noughties. However, this 2019 season has highlighted the difficulty of returning to the exclusive pantheon of Formula One champions. 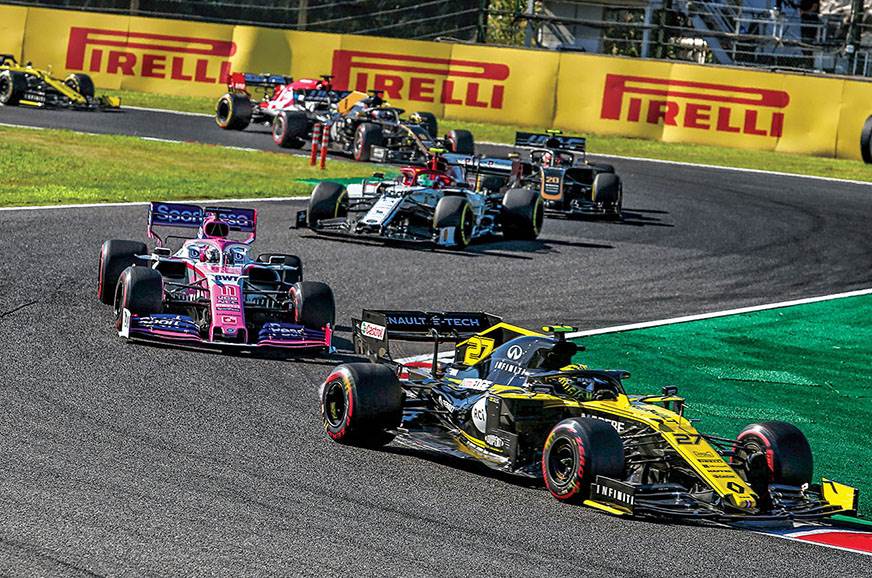 Nico Hülkenberg joined Renault F1 Team in 2017 and has been instrumental in propelling the team’s rise up the F1 order.

Renault returned to Formula One with a full works entry in 2016, having acquired the struggling Lotus outfit at the end of the previous year. The team’s rise has been near-vertical ever since – in their first year back, they finished 9th out of the ten teams in the constructors’ championship and improved to 6th in 2017; and ended last season as the best of the rest in 4th.

But the more rarefied the heights get, the harder it becomes to scale them. Having finished behind only Mercedes, Ferrari and Red Bull, Renault went into the season just one step away from making the leap up to championship contenders.

“We go into this season aiming to keep this strong and measured momentum (of the last few years) going,” said team principal Cyril Abiteboul at the team’s official launch ahead of the start of the season in February. “We do not target x or y position or a number of points: what I want to see is that the team continues its trajectory of progression towards the top teams.” 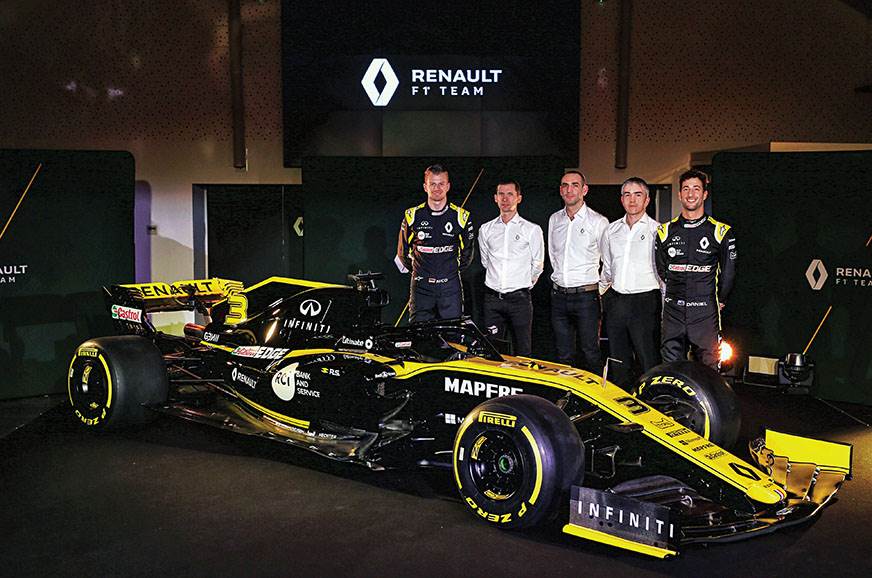 Renault F1 Team went into the 2019 season just one step away from making the leap to championship contenders.

Still, their meteoric rise meant expectations were high. Having signed seven-time Grand Prix winner Daniel Ricciardo – which in itself is a statement of the team’s future ambitions – the pressure was on to break clear of the midfield group and move into an undisputed 4th.

The season has not quite gone to plan, though. 17 races into the 21-race season, Renault F1 Team sits 5th, one place lower as compared to last year. “It’s not the season start that we wanted, that we were ambitioning, working for and advertised,” said Cyril Abiteboul, ahead of the sixth race of the season in Monaco. “In my opinion, obviously there has been a collection of issues – not excuses, but issues – over the first five races that do not reflect the ambition, the level of our drivers, the level of the team. So it’s up to us to react and come up with clear answers to the different issues.” 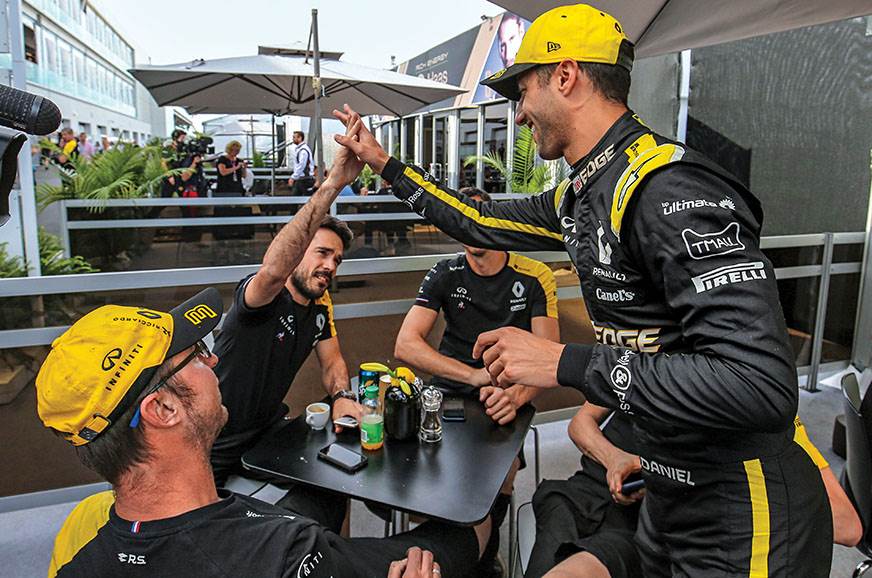 And come up with answers, Renault F1 Team has. The team has bounced back from those
early season lows. It’s a testament to the team’s ability to turn things around over a short period of time – strength that could make the difference between victory and defeat in the ebb and flow
of a title battle.

Renault F1 Team’s struggles this year also haven’t come from the R.S.19 being slow. The car has the pace. The team have simply struggled to extract its ultimate potential consistently. This is borne out by the team’s points comparison between this year and last year.

Last year, the team consistently kept the points flowing in. This season, they have made big jumps at certain times during the season – in the Canadian Grand Prix for example; or the Italian Grand Prix, where the team picked up its biggest single weekend points haul, since 2008. Performances like those at Monza offer evidence and encouragement that the infrastructure the team has been putting in place, as it builds back up into a championship-contending force, is paying off. 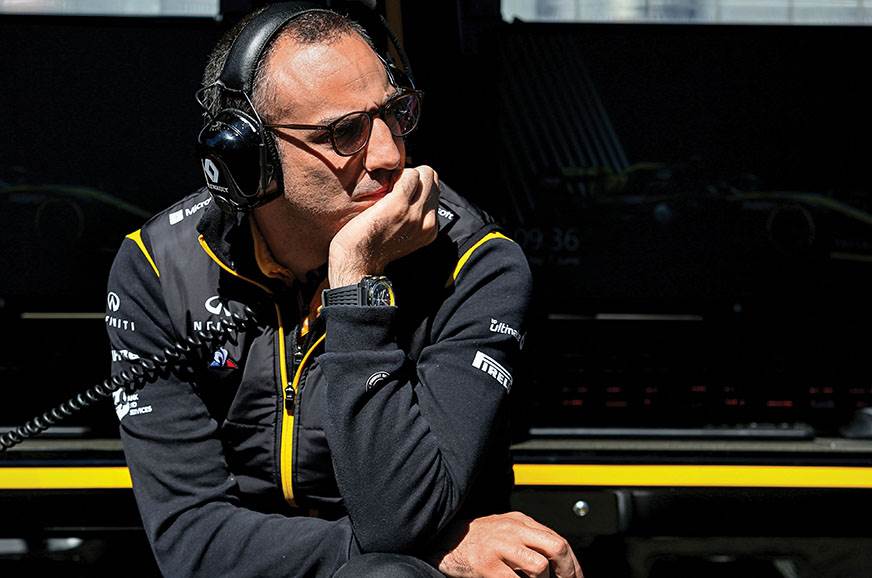 Cyril Abiteboul could well be the man with the hardest job in Formula One. He is positioning Renault F1 Team for victory. But the road to the top is long.

The car has the speed and it’s always easier figuring out how to consistently extract the maximum potential from a fast car rather than make a slow car fast in the first place. “I’ve been there a little bit more than a year now,” said Renault F1 Team’s executive director, Marcin Budkowski, a big signing who joined the team in April 2018, ahead of the British Grand Prix in July. “(I) joined a team that is still in the process of reconstruction. I’ve found a team that under the previous management and the previous ownership was heavily under-invested. When Renault came back there was a lot of investment made, a lot of recruitment.

“We increased the workforce by more than 50 percent now. It takes time to integrate all these people, to get all these new tools online, to get the understanding of the physics involved in designing and racing a Formula One car again. So we’re still in that phase of rebuilding.” 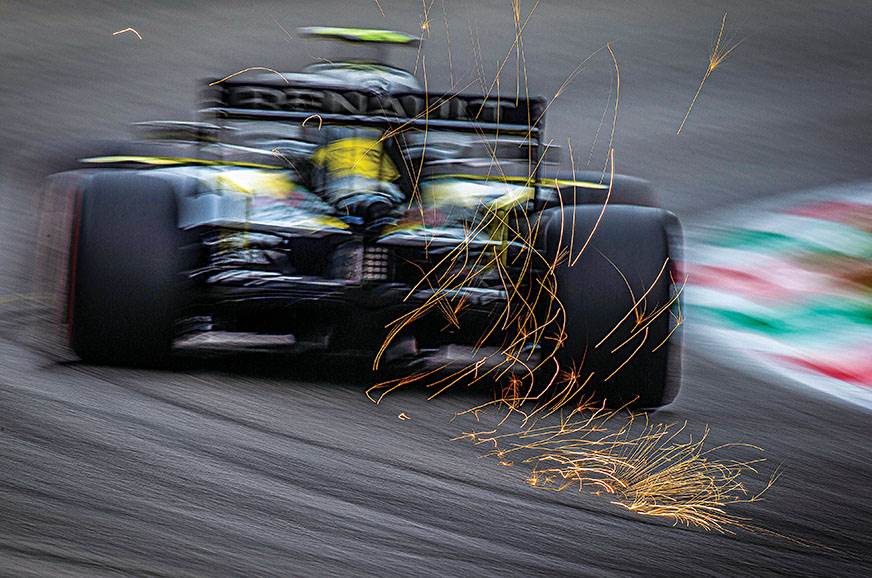 As the Italian Grand Prix showed, the R.S.19 is quick. The team have to work on extracting that speed out of it more consistently.

“It’s in a much better place than it was – but there’s still some work to do, and certainly since I arrived I’ve focussed on the organisation structure: putting the right people in the right positions; getting the team to work better; getting the team to be more efficient; to be more creative. It’s getting better but there’s still some work in front of us.”

Renault F1 Team would be the first to admit that they should have delivered more this season. But championship-winning character is built when the chips are down. Formula One is nothing if not an exercise in character building. You lose more than you win – that’s a fact of all sport, but all the more so of Formula One. 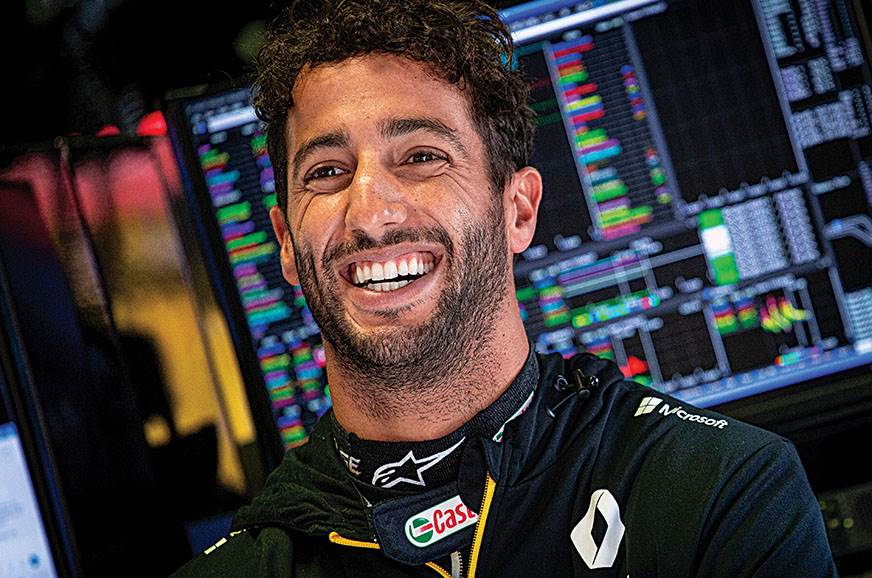 Daniel Ricciardo has brought fresh enthusiasm and energy to Renault F1 Team. Next year, he will be joined by talented youngster Esteban Ocon.

Ferrari are the sport’s oldest and most successful team. They have competed in every season since Formula One began racing in 1950. And yet they have won only 16 constructors’ championships and 15 drivers’ titles in 70 seasons of competition.

Therefore, one season that is slightly below expectations is no threat to Renault F1 Team’s title ambitions. If anything, it only hardens the team’s resolve.

Besides what the points standings say, the team remains on an upward trajectory. They have signed Esteban Ocon for next season alongside Daniel Ricciardo. The young Frenchman infuses even more hunger and energy into Renault F1 Team’s driver line-up. Behind the scenes, the pieces that will transform the team into a championship-challenging force are falling into place. 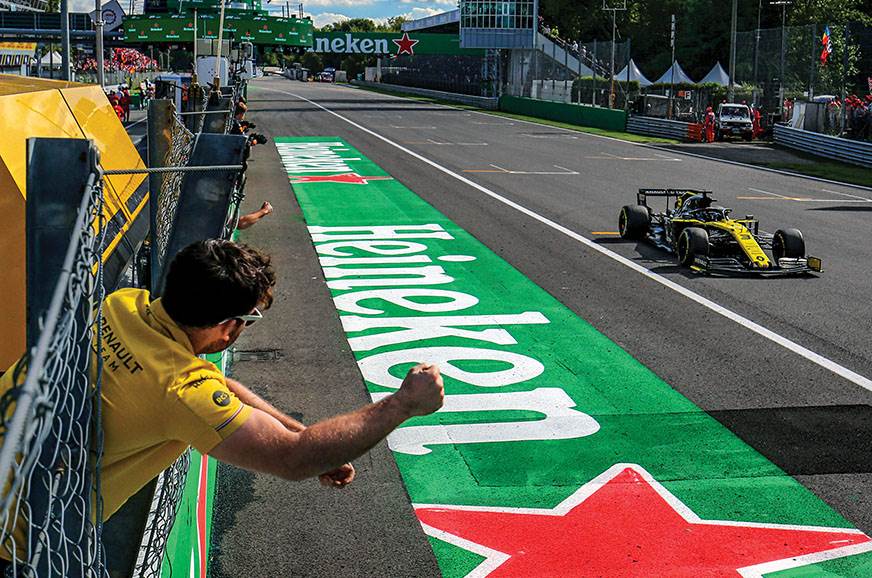 This is why 2019 isn’t as much a step back as a brief plateauing of form. Think of it as a brief pause, a marshalling of strength, being gathered in readiness for a title tilt in 2021.

“The team is now clear on the areas that need to be improved. It’s not where we wanted it to be,” said Cyril Abiteboul. “In my opinion we have made a good step on engine power, as demonstrated by top speed on a number of tracks that are sensitive to that. The driver line-up... is a strong one. Mechanically, the car is good. We know what’s missing and that’s clearly the current focus right now. We are putting everything into it.”