Maverick Vinales announced his contract extension at the YZR-M1 launch event; says he will remain with the team until at least 2020. 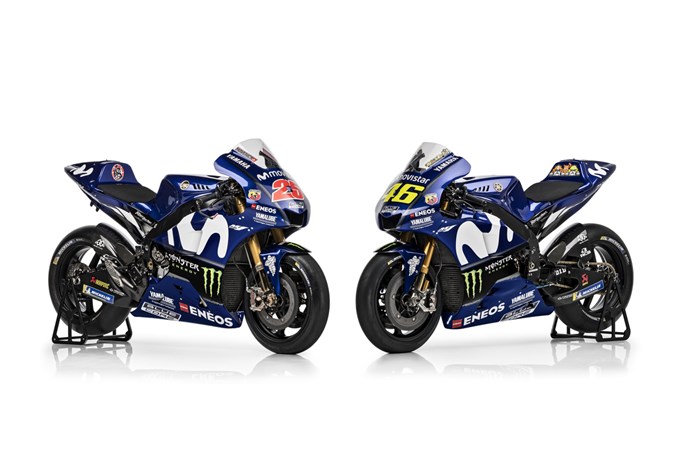 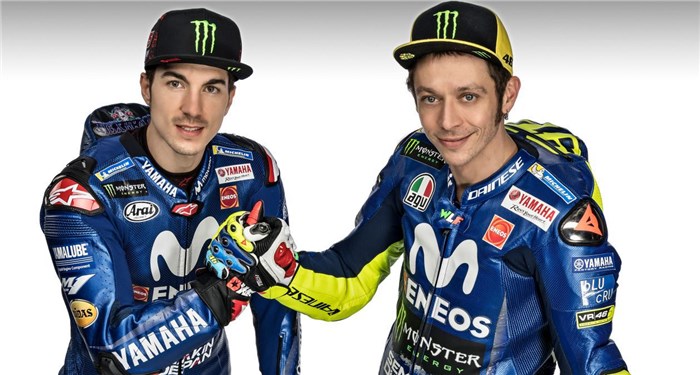 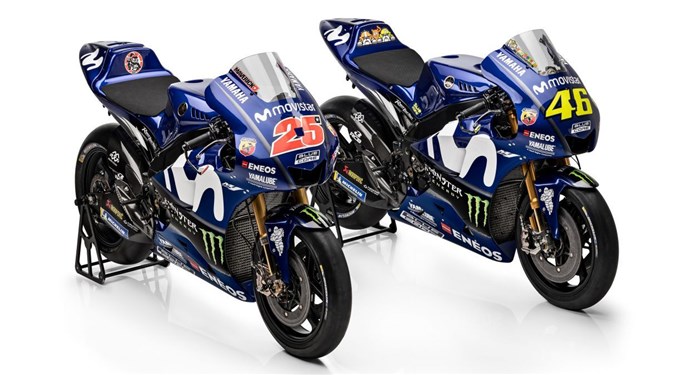 Yamaha has unveiled its YZR-M1 bike for the upcoming 2018 MotoGP season. The bike sports a familiar blue paint scheme with prominent branding – now white, as opposed to green – from title sponsor, Movistar.

Maverick Vinales announced during the event that he has signed a new contract and will now remain with Yamaha, at least until 2020. The 23-year-old rider’s original two-year deal was due to expire at the end of this year. Meanwhile, Valentino Rossi will be entering the second season of his current two-year deal with the team.

Yamaha last took both the riders' and manufacturers' titles back in 2015, as Jorge Lorenzo beat Rossi to the title. The year after, the works outfit couldn't defend either crown – although it did top the teams' classification.

Last season marked the arrival of Vinales as replacement for Ducati-bound Lorenzo; but while the newcomer won his first two races with the team, both his and Rossi's title challenges faded as they struggled to get the most out of the 2017-spec bike.

"We are quite convinced that if we can make the bike more consistent for both our riders, we can challenge for the title," said team manager Massimo Meregalli. "That is our main goal for this season."

The team ran its 2016 and 2017 chassis back-to-back throughout post-season testing. Rossi later stated it was the former that would serve as the basis for this year's version.

Yamaha's on-track preparations for the upcoming season will continue on January 28-30, during the MotoGP's first official pre-season test, at Sepang.