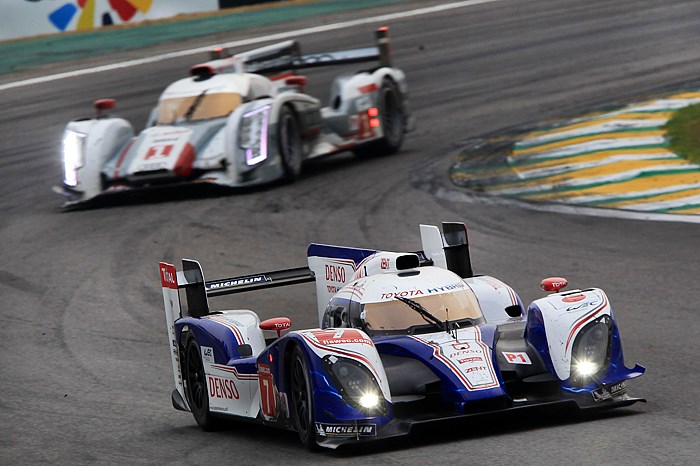 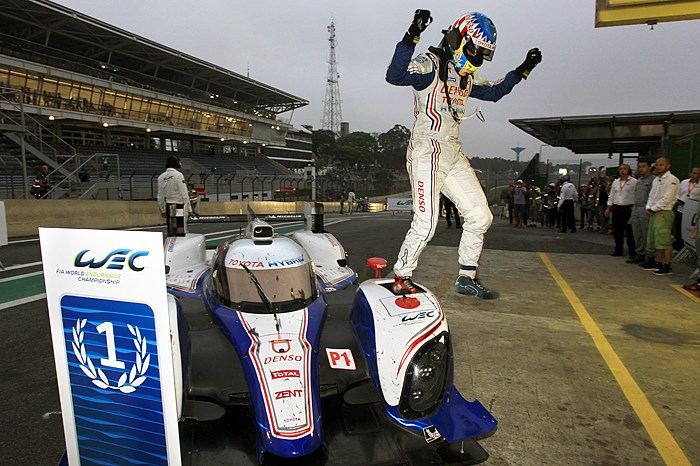 Toyota claimed its first FIA World Endurance Championship victory at the Sao Paulo 6 Hours. The solo Toyota TS030 Hybrid driven by Nicolas Lapierre and Alex Wurz held the upper hand over the two Audi R18s throughout the race on the way to a one-minute victory.

Second place went to the R18 e-tron quattro shared by Benoit Treluyer, Marcel Fassler and Andre Lotterer. Lapierre led from the start at Interlagos and was just over 10sec clear of Treluyer when the Toyota pitted for the first time. He was over half a minute to the good when Treluyer, struggling with tyre wear, ended his stint early after 90 minutes of racing.

That gap was halved after the Toyota lost time at its first tyre stop, but Wurz was able to reassert the Toyota's advantage over the second half of his double stint. The Toyota benefited from a safety-car period during the third hour and then went a lap clear in the fifth hour. Only a late splash-and-dash allowed the second-place Audi back onto the lead lap in the closing minutes.

Lapierre said: "We had a faultless race that brought us this victory in our only third race with this new hybrid technology, which is wonderful."

The non-hybrid Audi R18 ultra finished 13s behind the hybrid version. Allan McNish, Tom Kristensen and sportscar debutant Lucas di Grassi were in the hunt for second throughout the race, but lost time when Kristensen spun at the Senna S early in his first stint.

The top privateer in LMP1 was the Rebellion Racing Lola-Toyota B12/60 shared by Neel Jani and Nicolas Prost. It had the measure of its rivals throughout the race, ending up two laps clear of its sister car driven by Andrea Belicchi and Harold Primat.

LMP2 honours went to the Starworks HPD ARX-03b driven by Stephane Sarrazin, Enzo Potolicchio and Ryan Dalziel. Apart from a short period early in the second hour, the car was in control of the class throughout. Gianmaria Bruni and Giancarlo Fisichella claimed GTE Pro honours for the AF Corse team.

Their Ferrari 458 Italia fell behind the Aston Martin Vantage GTE during the second stint, but Bruni came back at Darren Turner in the British car during the third stint to retake the advantage that he and Fisicella were always likely to convert into race victory because the Aston, in which Stefan Mucke joined Turner, would have to make an extra fuel stop.