From 2013, DRS use is restricted to the allocated zones through the whole weekend. 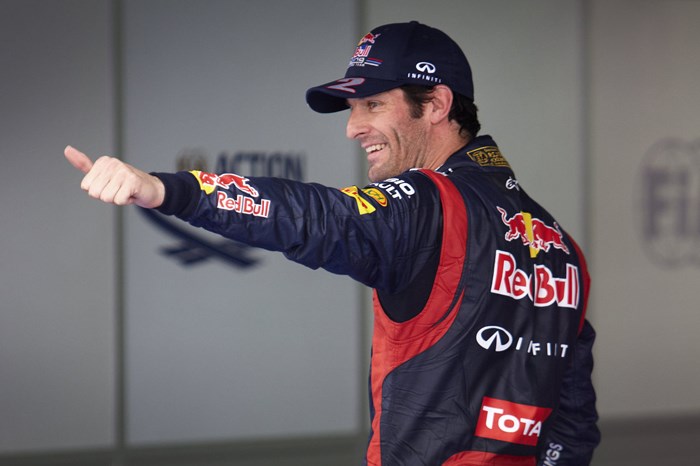 Mark Webber has welcomed the adjustment to DRS regulations for the 2013 Formula 1 season, saying drivers had long felt the system's free use in practice was pointless.

Until this year, the straightline speed-boosting device could be utilised freely in practice or qualifying before being restricted to its designated zones in the race.

This meant teams had to optimise their set-ups around its ample use in qualifying even though this was not possible on Sundays.

From 2013, DRS use is restricted to the allocated zones through the whole weekend.

"I think it's good," said Webber. "The drivers have been pushing for it for quite a while, just to have the DRS in the sections where we have it in the race in qualifying.

"It didn't really make any sense for the teams, the drivers and the fans to run on Friday and Saturday with the DRS open. It just adds a bit more risk, and when we can manage that a bit better then why not?

"I think all the teams are happy now, they can get their gearing right to make it still worthwhile to have the DRS."

Webber admitted that he occasionally forgot the new DRS limits in testing.

"I'm still trying to use the DRS in a few places so I'm going to have to get used to that," he said.