The Speed-o-Enthusiasts of IIT Delhi

The current team comprises of over 20 members, each working in their respective area (engine, chassis and bodyworks, suspension, brakes, steering). 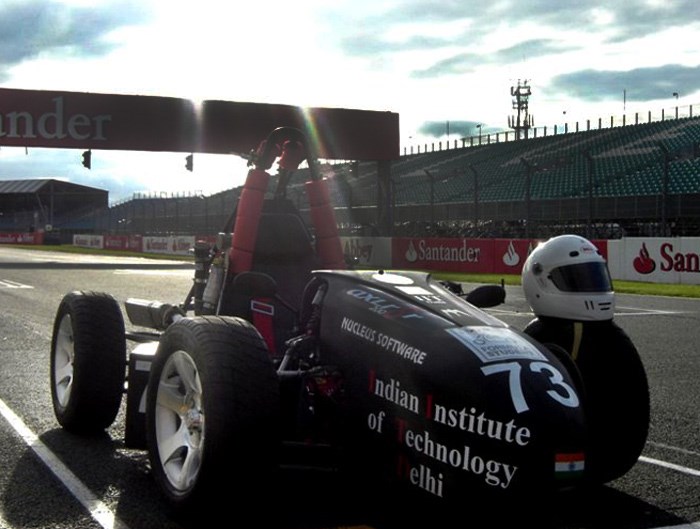 In 2006, a group of five engineering students took time off from the textbook world and followed their dream of designing and fabricating a Formula-style autocross racing car. Their mission was to compete with the rest of the prestigious universities of the world. This group expanded quickly and soon became a team, called the AXLR8R (read as “accelerator”).

Team AXLR8R has consistently been doing well in the FS events over the years. Being the first Indian team to participate in such events, their efforts gained special praise from the design judges, members of other teams, and the media. Over the years, the working hands and minds have changed, but the motive still remains the same – to exhibit the team’s engineering mettle to the entire world. AXLR8R is now waiting with breathless excitement and anticipation to hit the tarmac and blaze towards FSAE glory.