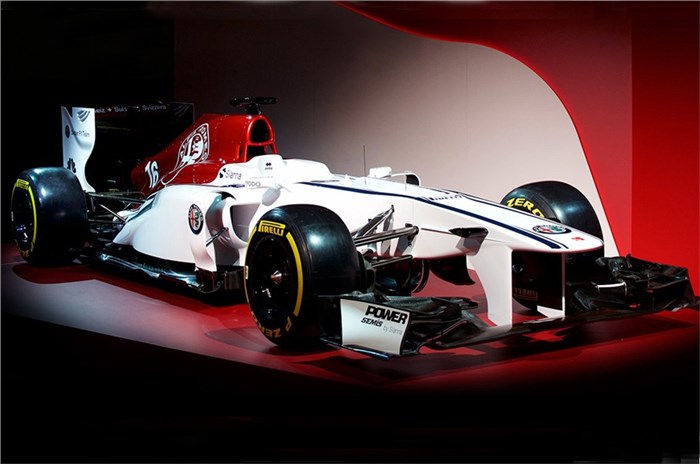 Sauber has unveiled its livery concept for the 2018 Formula 1 season, which features significant branding for new title sponsor Alfa Romeo. Ferrari chairman Sergio Marchionne also announced that Marcus Ericsson and Charles Leclerc will race for Sauber in Formula 1 next season, with Italian Antonio Giovinazzi as third driver at the launch event near Milan.

The covers were then pulled off a showcar, revealing a red and white livery, with a large Alfa Romeo logo on the engine cover. Resultantly, Sauber will have closer ties with Ferrari next season through the deal with Alfa Romeo.

The multi-year deal includes strategic, commercial and technological cooperation, enhancing an arrangement that already included use of the latest specification Ferrari engine.

Alfa has not been involved in F1 since its works team project of 1979-85 and has not had a high-profile motorsport programme since its touring car efforts of the 1990s and early 2000s.

Team Principal Frederic Vasseur said: "With Marcus and Charles, we have a strong driver duo for the debut season of the Alfa Romeo Sauber F1 Team.

"Marcus is an experienced Formula 1 driver, who knows the procedures and the team well, after having worked together for the past three years. He is a team player, and has a very positive attitude.

"Charles has proven his talent in several racing series, most recently winning the Formula 2 title.

"He had the chance to drive in four FP1 sessions and two tyre tests for us this season, and convinced the team with his professionalism and charisma.

"I look forward to going into 2018 with this driver pairing, and I am convinced that they will complement each other very well."