Round three of the Honda One-make championship saw plenty of intense action across all categories. 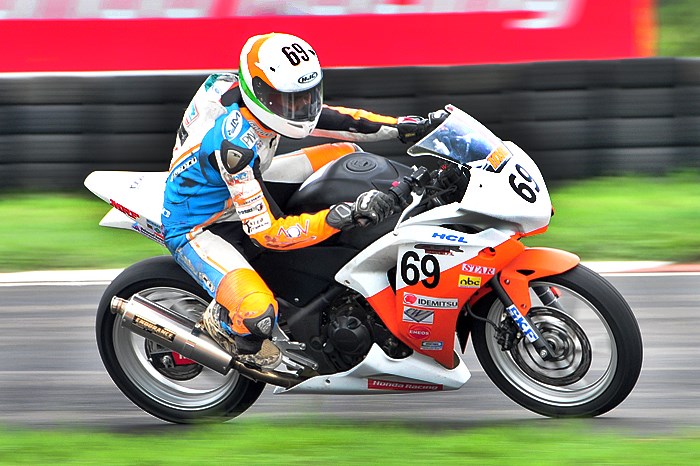 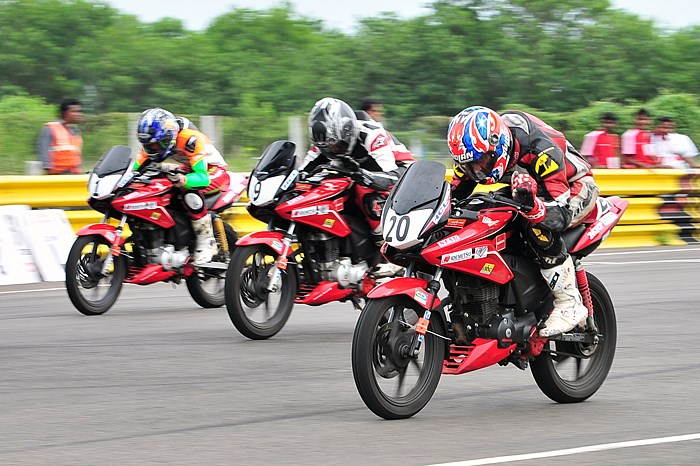 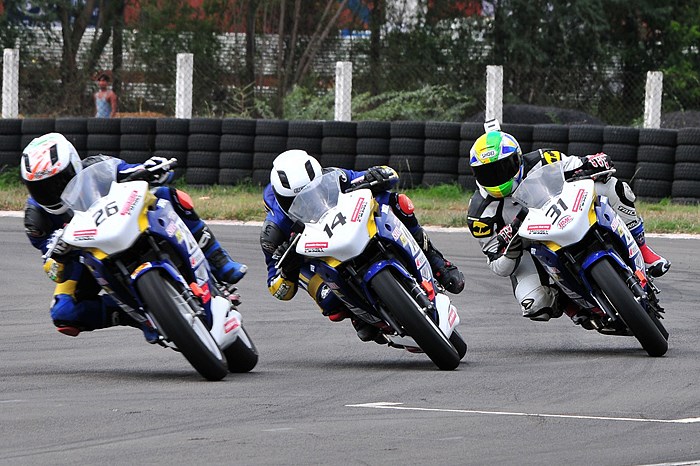 Round three of the Honda One-make championship held at the Madras Motor Race Track saw plenty of intense action across all categories.

In the CB Twister novice category, it was Intekhab Alam who took top honours after he managed to hold off E Saravanan while Settu Babu took the final podium spot.

In the CBF Stunner open category, S Padmanabhan was the first to cross the line with a substantial three second lead over Prativ S in second, who was closely shadowed by Allwyn Jebaz in third place.

In the CBR 150R open category N Abhishek converted his second place on the grid into a win, closely followed by Sumit Lucas Toppo, who had earlier qualified on pole. Aravind Ganesh finished third.

The flagship CBR 250R category consisted of a two-race team championship with experienced riders on board. It was none other than Sarath Kumar – the first Indian to participate in MotoGP – who clinched victory for Ten10 Racing, after an intense battle with A Prabhu of Moto Rev India. Third spot was taken by Prabhu’s teammate D Dinesh Kumar. The three riders finished in the same order in race two as well, leaving others to battle for lower positions.