The mid-engine layout comes as part of a complete overhaul for the racer that includes an all-new structure, suspension and aerodynamic concept. 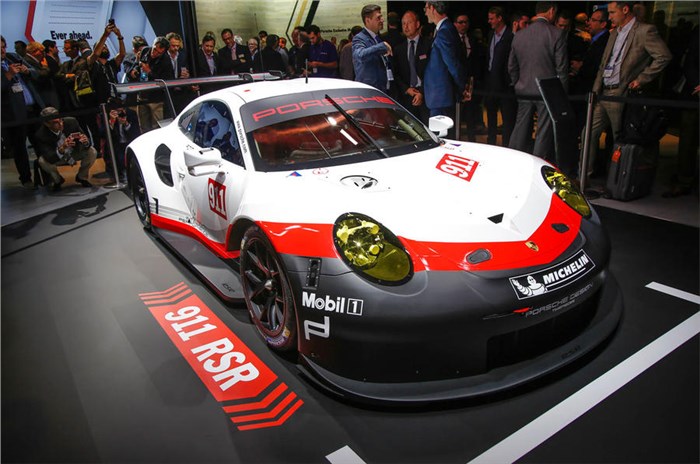 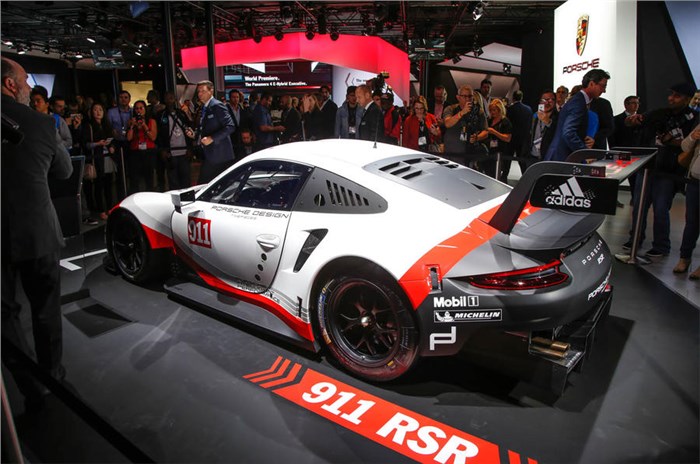 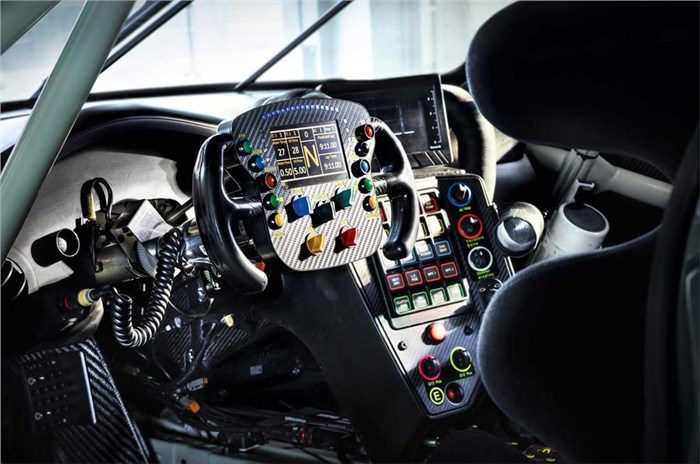 Porsche has revealed its new 911 RSR at the LA auto show, confirming that its 2017 World Endurance Championship (WEC) and Le Mans contender will be using a mid-engined layout.

Unlike the rear-engined road 911, the RSR’s 510hp 4.0-litre six-cylinder engine is located in front of its back axle to enable the fitment of a large rear diffuser. The use of this new part should help the car to produce significantly more downforce than the current one, which uses a much smaller item.

The mid-engine layout comes as part of a complete overhaul for the racer that includes an all-new structure, suspension and aerodynamic concept compared with the current RSR. It should also help improve he RSR's overall weight balance.

The car uses a six-speed sequential gearbox with steering wheel shift paddles, a multi-disc self-locking differential and a three-disc carbon race clutch. New for the 2017 racer is an automatic emergency braking system that uses radar control like road cars to help avoid major impacts during a race. There’s also a new multi-function steering wheel, LED headlights and tail-lights, and an air conditioning system – as per GT racing regulations.

The new RSR's first race will be in the US at the International Motor Sports Association championship season opener at Daytona on January 28-29, 2017. It'll then be used by the factory Porsche team for the WEC and Le Mans.