Pirelli to close gap between different tyre compounds. Dry tyres to be called PZero, Wets will be called Cinturato. 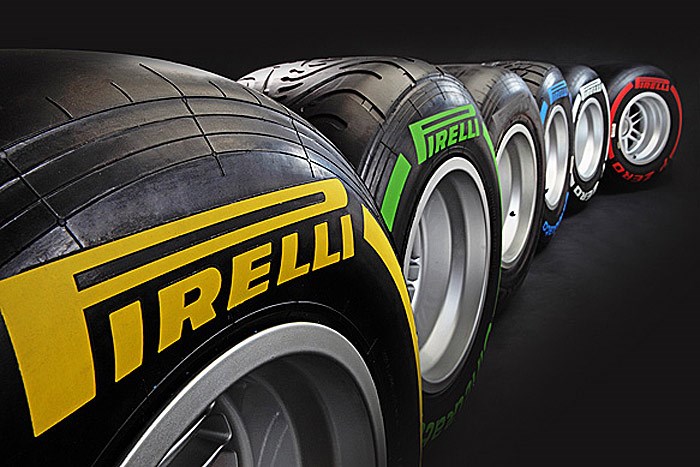 Pirelli has promised Formula 1 fans that it will deliver even more exciting racing in 2012 thanks to a more aggressive approach with its tyre compounds.

At a season launch media event in Abu Dhabi, Pirelli has revealed that it was closing up the gap between compounds for the season ahead to ensure that drivers and teams faced a challenging time at race weekends. The change in strategy come on top of tweaks to the construction of the tyre - to make the profile squarer – which will help improve grip and handling characteristics.

Pirelli's president Marco Tronchetti Provera said: "These changes will provide more opportunities for passes, and help make a better show. Our tyres will be a bit softer which will add speed and show."

F1 teams will still use only four compounds over the course of the season, but the gap between the different types of tyres has been closed up dramatically. While in 2011 there was often a 1.5sec laptime difference between compounds, for 2012 the difference should be less than one second.

The super soft compound will remain essentially unchanged from last year, but the other three compounds have been made softer to close up the gap – with the hard compound the most different.

Pirelli's motorsport director Paul Hembery said he hoped the closer gaps will get rid of the situation F1 found itself in last year when the soft tyre was so much better than every other compound – so became the most used compound at each race.

"We needed to do work on the crossover points and the durability – which is what we have done. We want a lower gap between compounds, with the slower tyre slightly degrading slightly less. Then teams will have to make a decision on which tyre to go with.

Pirelli is hoping that its efforts will ensure that there remain multi-stop races in 2012 – with the aim being for every event to have either two or three stops.