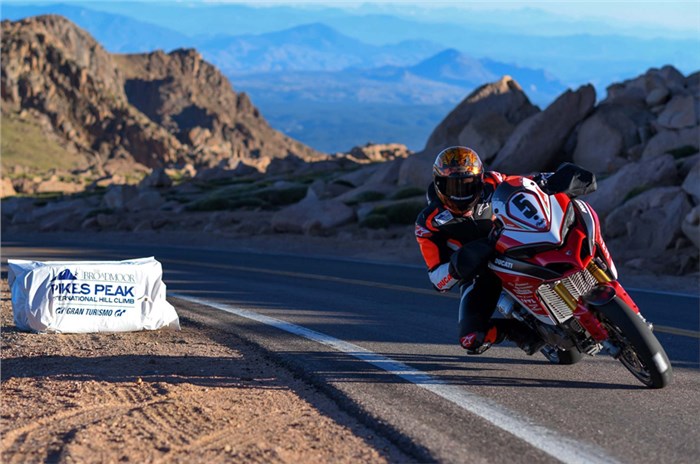 The board of directors for the Broadmoor Pikes Peak International Hill Climb has announced that there’ll be no motorcycle racing during 2020 edition of the event. The decision was taken in light of the recent tragedy that struck the 2019 Pikes Peak Hill Climb where four-time champion, Carlin Dunne suffered fatal injuries after high-siding off the mountain course, a few feet from the finish line. The Directors say that future motorcycle races have been called off so that organisers have time to gather data and analytics and ascertain the viability of the motorcycle program. A decision to re-introduce the motorcycle category will be taken towards the end of 2020.

Carlin Dunne was aboard his Ducati Streetfighter V4 Prototype and was on course to set a new record when he lost control of his motorcycle and slid off the mountain face. He was declared dead at the scene. The loss of Carlin Dunne came a shock to many, as he was one of the most experienced riders – a four-time winner (2011, 2012, 2013 and 2018) and the first to complete the race to the summit in under 10min.

The Pike Peak International Hill Climb is an annual motorsport event held in Colorado Springs, USA. It was founded in 1916 and takes place on a 19.99km, closed public road that begins at 9,390ft and ends at 14,115ft in a space of 156 turns. The fastest rider/ driver to cover the distance wins the title ‘King of the Mountain.’ The Pikes Peaks began as a dirt-road event and was only fully paved in 2011, after which speeds rose significantly. This, in-turn, increased the level of risk involved.

The tight and twisty course is quite treacherous, with various factors such as the bumpy surface, thin air and cold, gusty winds proving to be quite a challenge for racers, especially the motorcyclists. Dunne’s fatal accident was the third death of a Hill Climb motorcyclist since 2014.