The event saw over 100 visually impaired navigators instructing drivers through a distance of 40.5km, reading out of a Braille map book. 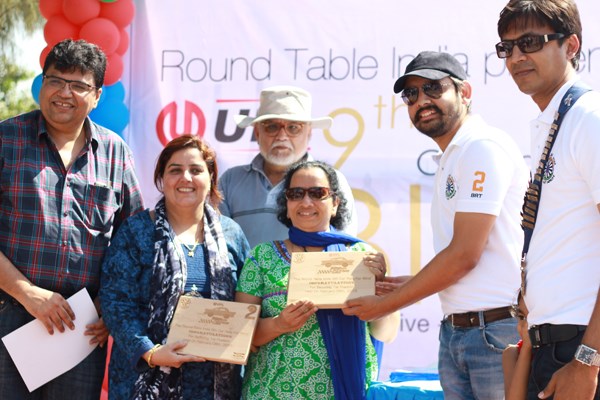 The ninth edition of the Blind Man Car Rally - designed to create general awareness about the day to day challenges faced by the visually impaired, and to create awareness about social responsibilities - was flagged off from the NSCI, Worli, on February 8 by renowned designer, social worker, and politician, Ms. Shaina NC.

Taking the pole position for a second time in a row was Rufina Karmali, along with her visually impaired navigator, Fatima Manthalkar.  The second position was claimed by Rohit Batra and his navigator Mohamad Raza. The third position was a tie between Sonal Bhimjiyani and her navigator Arun Chauhan, along with Ambareesh Mandelia and Trith Sing Arora. Team Autocar India also participated in the rally.

Commenting on the occasion, Viral Kedia, Chairman, Bombay Round Table India 2, said, “Round Table India is delighted with the consistent support of the participants, which has helped the Blind Man Car Rally become an annual event. The proceeds will be donated to various schools & associations for the visually impaired".