"We still had some areas that could be improved upon, but as always it is going to be the development race through the winter.” 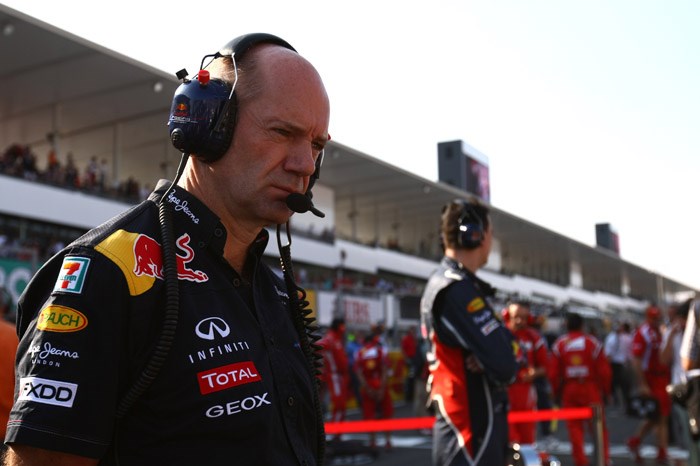 Red Bull Racing's technical chief Adrian Newey believes the team can still improve in some areas in 2012, despite a dominant showing during 2011 season.

Sebastian Vettel secured his second title in a row after 12 victories and 15 pole positions, with team-mate Mark Webber adding one more win to Red Bull's tally during the season as the team clinched the constructors' title again.

Although rivals expect Red Bull to have a harder time to make progress given its strong form in 2011, Newey is adamant the team can still take another step forward. Newey also believes that the team that manages to cope better with the new exhaust restrictions to be introduced next year is likely to be strongest.

"All we can do is try and look at our own weaknesses from this year, and try and improve on them," Newey told AUTOSPORT. "We still had some areas that could be improved upon, but as always it is going to be the development race through the winter.

"We have got some regulation changes - primarily the restriction of exhaust exit position and mapping - which means that the exhaust effect is almost zero now. "So, everybody will be working to try and recover that lost downforce, and whoever comes up with the best solutions will probably be the winners next year."

Newey reckons Red Bull's rivals will probably feel hurt by the way the team dominated the 2011 season, and will be eager to fight back next year.

"I don't know. Possibly," he said when asked if his rivals were hurt by Red Bull's form in 2011. "I cannot comment on how anyone else is thinking or working.

"All I can say is that from our own point of view, it is to try and do as we always advocate - which is to get our heads down and worry about own business and do the best job we can over the winter and see where it gets to."

And he conceded he never expected his team to have such an outstanding season following a winter-testing period during which Ferrari seemed to be very strong.

"No, you never do," he said. "All through pre-season testing you are never really quite sure, and it certainly seemed that Ferrari were going to be our main rivals, and McLaren were struggling with their exhaust system.

"But they did a painfully good and quick job of copying ours between the last test and the first race, so their performance in Melbourne was unexpected. And really after that it was really the usual development race.

"There were some circuits where it didn't quite pan out for us, mainly around the very cold weather of July/August where we struggled, but having said that, other races, which traditionally had not been happy hunting grounds over the last couple of years, like Spa and Monza, we were very competitive at."