The Red Bull chief technical officer thinks engines will become the differentiating factor when F1 undergoes a regulation overhaul in 2014. 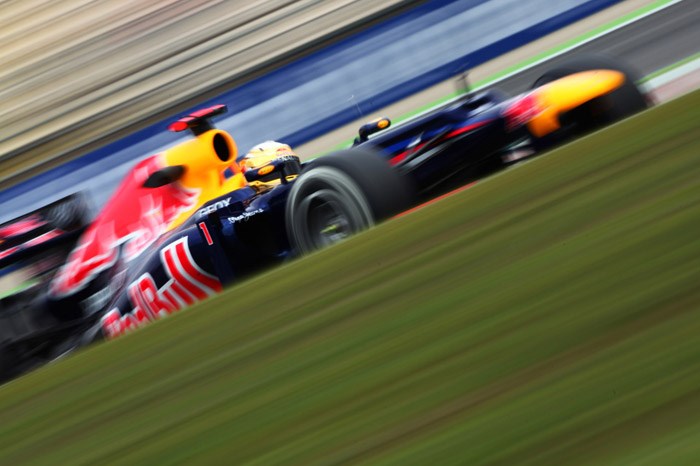 Adrian Newey expects engine performance to become the dominant differentiator between teams when the new V6 turbo engines are introduced in 2014.

The Red Bull chief technical officer fears that the combination of tighter chassis rules and potential differences between the performance of the engines could lead to one group of teams sharing one supplier having a big advantage.

"In 2014, you will have the variation in engine performance," Newey told AUTOSPORT. "That means the engine power unit itself, which is not only the internal combustion engine but also the various recovery systems bolted to it.

"It is possible that one manufacturer will do significantly better than the others, at which point you might end up with that manufacturer's cars at the front of the grid.

"You could end up with an engine manufacturers' championship."

Newey has long been critical of how restrictive the chassis rules are in F1 and believes the 2014 rules to be even tighter.

He expects this to further swing the balance in favour of engine performance, with the main scope for innovation potential coming in terms of the way that the engines are used.

"The chassis regs, aero wise, are a more restrictive version of what we have already," said Newey.

"The installation of the engine is obviously something that the teams will work on with their engine manufacturers. It remains to be seen whether someone comes up with something novel there and steals an advantage."