The Mini John Cooper Works Rally is based on the latest Countryman; powered by BMW’s 345hp turbocharged six-cylinder diesel engine. 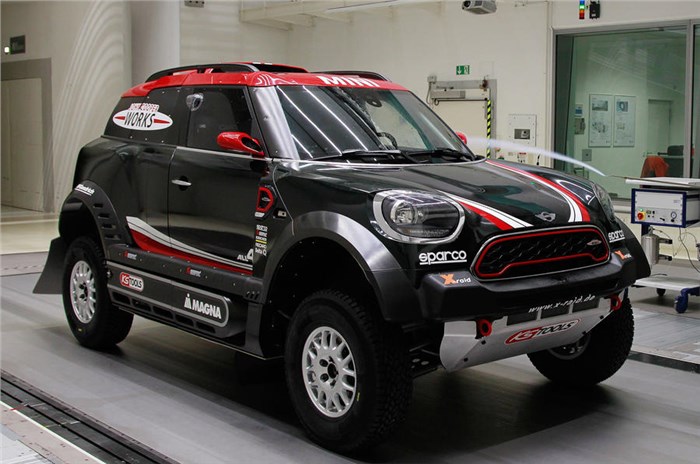 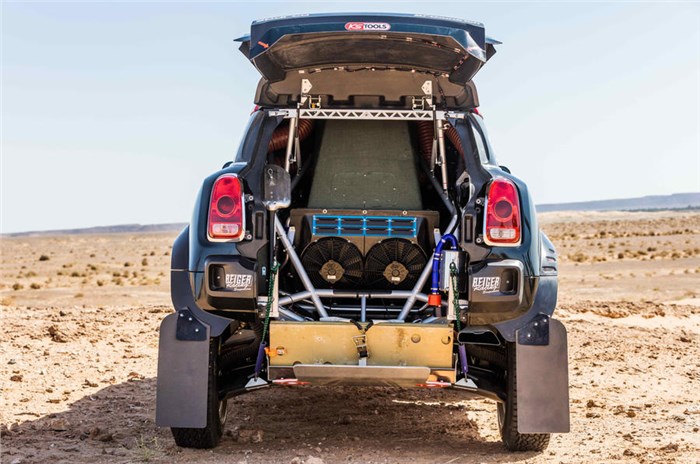 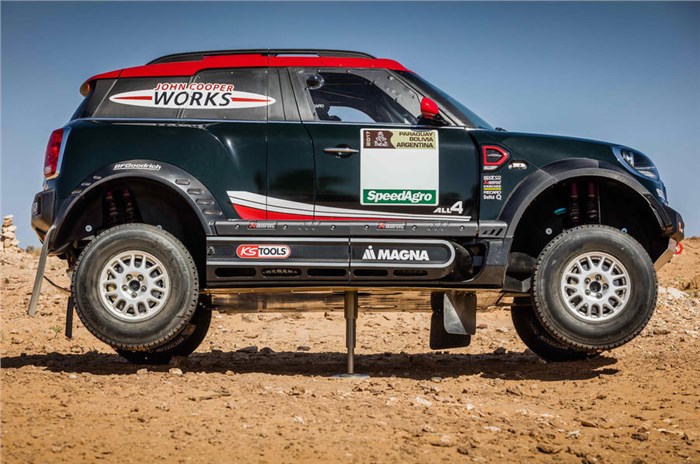 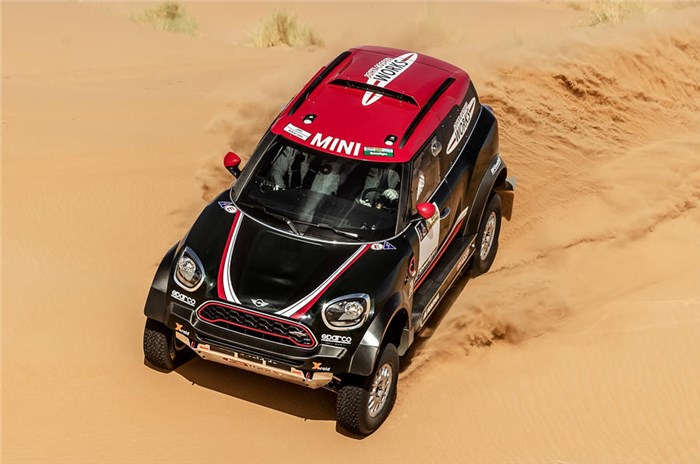 Mini in collaboration with motorsport specialist and Mini motorsport partner X-Raid, has revealed the John Cooper Works Rally racer. Based on the latest Countryman, the racer will get its first outing in next year’s Dakar Rally, which will be held from January 2-14.

Powering the JCW Rally is BMW’s turbocharged six-cylinder diesel engine, which produces 345hp and 800Nm of torque. The car has a top speed of 183kph, but is unlikely to touch this speed, given the intensity of its intended terrains.

A number of alterations have been made to the Countryman body, including a lower bonnet for better visibility from the cabin, and a vent added on each side in the front of the doors. The body made of Kevlar and carbon fibre has been widened as well. Underpinning the racer is a specially made FIA-approved tubular steel frame chassis, specifically developed for competitive driving over tough terrains.

Mini claims that improvements have been made in several key areas, particularly in moving the car’s centre of gravity lower by moving the third spare wheel from inside the boot to underneath the car. The top speed and aerodynamics have also been improved, and the car has been rigorously tested in an air tunnel. In addition to greatly increased ground clearance, 320mm steel disc brakes – with air- and water-cooled rear calipers – increase stopping power over the road car, too.

Unsurprisingly, the fuel economy of the car has improved due to the reduced drag.

The JCW Rally is currently going through final testing procedures ahead of its competitive debut at the upcoming Dakar Rally. Mini says that technical feedback from the programme could be implemented on road cars, but it’s unlikely that a special-edition rugged Countryman inspired by the JCW Rally will make it to production anytime soon.