Michelin gets MotoGP tyre deal from 2016

Bridgestone revealed its decision to leave the sport shortly before the Spanish Grand Prix earlier this month. 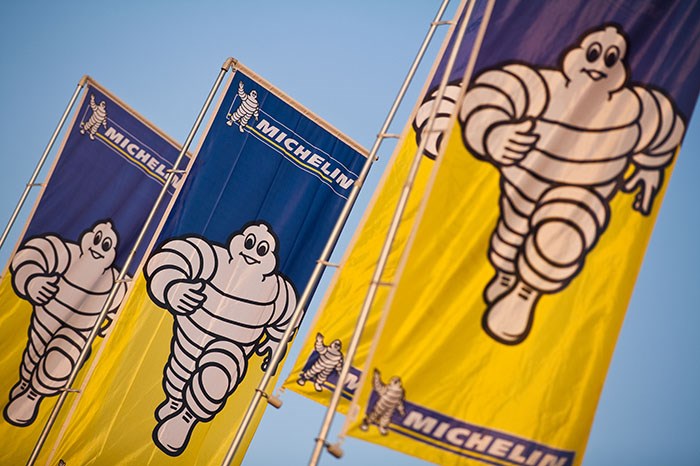 Michelin has been announced as MotoGP's new tyre supplier for when Bridgestone departs in 2016.

Bridgestone revealed its decision to leave the sport shortly before the Spanish Grand Prix earlier this month.

Michelin swiftly emerged as the frontrunner, and the deal was confirmed on Friday.

A MotoGP statement said that three tyre companies had expressed their interest, but Michelin had been the only one to submit a formal tender.

The French firm was last involved in MotoGP in 2008, during the final year of its tyre war with Bridgestone, after which the Japanese manufacturer took the deal to become control supplier.

Dunlop was also involved in MotoGP until 2007 and supplies Moto2 and Moto3.

Its motorsport managing director Sanjay Khanna said it considered the MotoGP opportunity before deciding to focus on its existing business.

"We believe our performance in events where there is open-competition between tyre manufacturers, such as road racing and the Endurance World Championship, prove that Dunlop has the capability to win races at the top-level of motorcycle racing," said Khanna.

"However, with such a diverse range of racing activities already planned for 2015 and beyond, we have chosen not to tender to be the official MotoGP supplier on this occasion.

"We do not rule it out as an opportunity in the future."

Pirelli, which is tyre supplier for World Superbikes as well as Formula 1, had also looked into MotoGP, but its motorsport director Paul Hembery played down the chances of a tender earlier this month.

"We are heavily involved with Superbikes and the promoter is the same," Hembery said during F1's Spanish GP.

"So we are bound to have been in discussions, but there are no plans at the moment to do anything. And our motorcycle team are reviewing that.

"As a company we are happy with our involvement in Superbikes."