Hamilton says the W09 has a different aerodynamic characteristic compared to its predecessor. 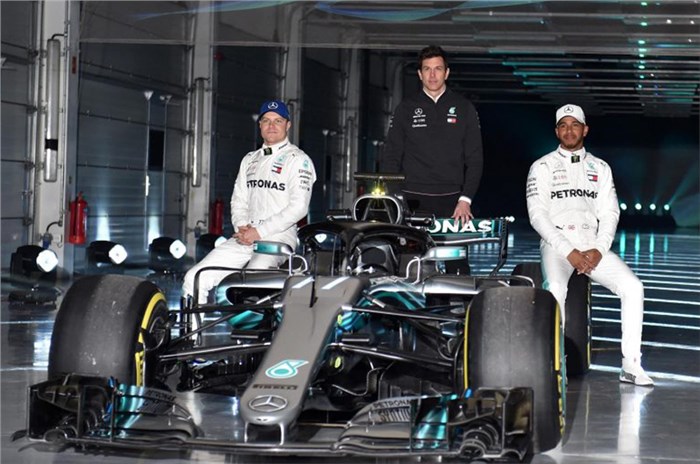 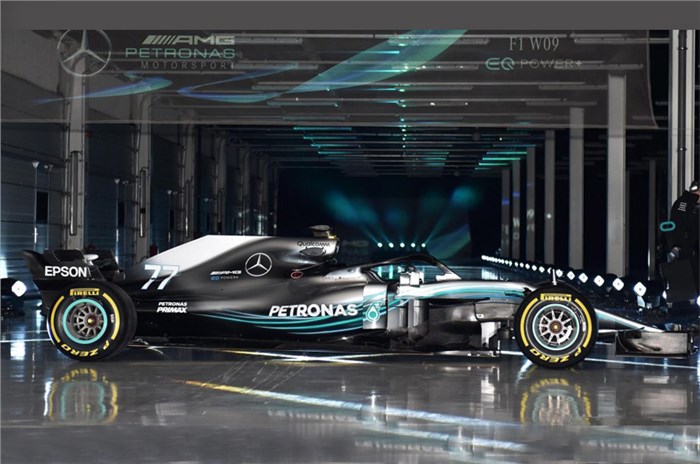 Mercedes unveiled its 2018 Formula 1 racer at Silverstone. The W09 also took to the track for the first time earlier in the day, with Valtteri Bottas completing his run in the morning before handing the car over to Lewis Hamilton.

The W09 features design changes, which according to Hamilton will help resolve its predecessor's 'diva' behaviour and make it work for both him and team-mate Bottas. The F1 world champion said both drivers had significant input in addressing last year's weaknesses, and Mercedes says the car has retained the same wheelbase as the W08, and features only "slightly increased rake".

"What we see today is an evolution of both of our driving DNA fused into one," said Hamilton.

"I hope that [Bottas] is more comfortable in it. That can only bode well for the team. It's definitely not moved away from me.

"I'm really hopeful that this year we've ironed out a lot of the creases. There's a different aerodynamic characteristic this year compared to last year. We've taken some of the good from last year, but there were circuits that we went to where we weren't that strong, so hopefully we've found a compromise which will favour a majority of the grand prix circuits.

Hamilton said Mercedes' defeat to Red Bull in Malaysia last year, on a weekend when Ferrari had also been faster, was key to the 2018 design philosophy.

"We had a very in-depth debrief afterwards," he said.

"Those particular debriefs that we had were significant in making today's car. And in those debriefs only Valtteri and I talked, really."

Mercedes also announced that Pascal Wehrlein and George Russel will share the team’s reserve drive role this season. Wehrlein has moved back to the DTM after losing his Sauber drive to Ferrari protege Charles Leclerc. 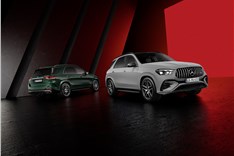