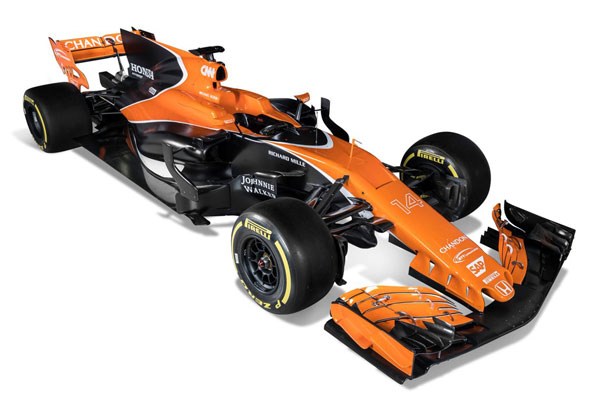 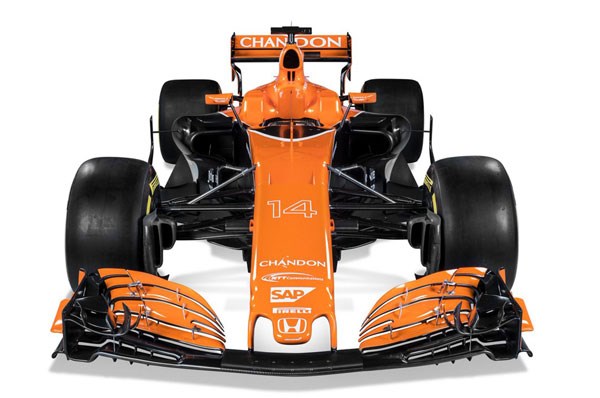 McLaren has revealed the Honda-powered MCL32 Formula 1 car that it will race during the 2017 season.

Fernando Alonso and Stoffel Vandoorne pulled off the covers to reveal an all-new black, orange and white livery during a presentation at the McLaren Technology Centre.

The change in livery follows the departure of long-time chief Ron Dennis at the end of last year and as part of a freshening up of its brand image by new executive director Zak Brown.

"I think it's a beautiful piece of art," said Brown. "We went through a variety of designs and ultimately this was in response to fans – we had so much outreach from fans saying 'we want to have some orange'."

After languishing in ninth in the constructors' championship in the first year of its Honda reunion in 2015, McLaren moved up to sixth last year.

Improvements in reliability and performance from Honda, coupled with a chassis McLaren believed was one of the best on the grid, enabled the alliance to fight towards the front of the midfield.

Both parties are expecting a further step forward for 2017.