The Brazilian reckons that getting both cars inside the top ten is what he should set his sights on. 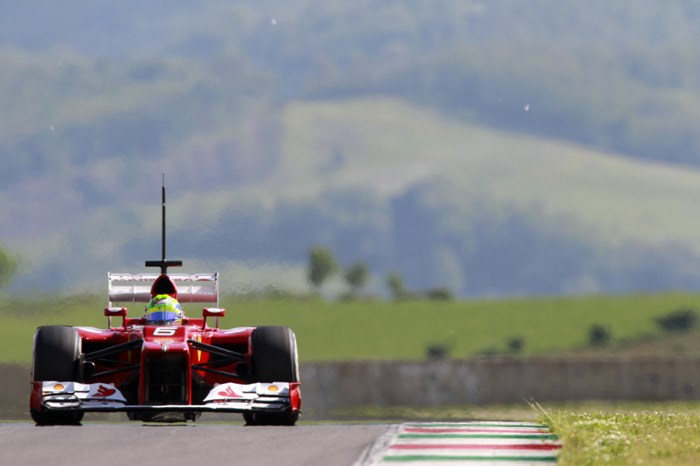 Felipe Massa has backed team-mate Fernando Alonso's view that Ferrari will make a good step forward in form at the Spanish Grand Prix - but thinks it too much to expect its updates to help it fight for victory straightaway.

With a number of developments to the F2012 due to be run by Alonso at Mugello on Thursday, Ferrari should get a first indication of exactly how much progress it will be able to make with its car for the start of the European season.

And with Alonso looking at a top five grid slot, Massa reckons that getting both cars inside the top ten is what he is setting his sights on.

"This [both Ferrari's starting in the top ten at Barcelona] is inside my expectation, but we haven't tried all the new parts so we need to see in Barcelona how it will be and how much they improve the car," he said after wrapping up his testing programme in Italy.

"Then we can be more realistic, but it is inside my expectations, definitely."

Ferrari's hopes of a step forward very much depend on how much progress it makes over its rivals in delivering more speed from its car – which is why Massa is keeping his ambitions in check.

"To close the gap you need to improve much more than the others and they are working and improving," he said. "In three weeks, you see cars improving by two or three tenths, so we need to make a huge step forward.

Although Massa will not get to try out the latest car upgrades before the Spanish GP, he is not too concerned that he will suffer as a result.

"It is always better to run the new parts, but the programme was like that for Fernando to try the new exhaust yesterday and for me to try the old one today to do the back-to-back," said the Brazilian.

"Tomorrow we will run some new pieces which are arriving this evening. It won't be everything, as everything will be ready for Barcelona."