The Mumbai leg will be held from January 20–22 at Bandra Kurla Complex, MMRDA Grounds at the Autocar Performance Show 2017. 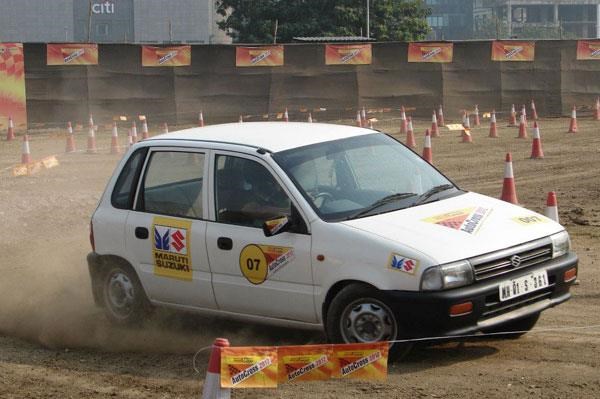 After Cochin, Bengaluru, Hyderabad, Chandigarh and Gurgaon, the Maruti Suzuki Indian National Autocross Championship is headed for Mumbai in its hunt for the 2016 champion. The event will be held alongside the power-packed 2017 Autocar Performance Show at the Bandra Kurla Complex, MMRDA Grounds, from January 20-22, 2017. Registrations for the event are open.

The rules of the competition are simple. Participants need to race against time around a specially designed dirt track in the vehicle of their choice – stock or modified – and prove their mettle. More than speed, this will be a true test of driving skill and car control.

The competitors will be categorised into classes based on their car’s engine size and level of modification, with a winner for each category. However, there will only be one winner overall from Mumbai – the one with the fastest time – who will head to the grand finale in March.

Speaking about the 2016 championship, Vinay Pant, assistant vice president (marketing), Maruti Suzuki India Limited, said, “As a leader in the automotive space, we believe motorsports completes our offerings to the customers. Through motorsports, we are encouraging racing in a technically competent and safe way, which also adheres to the premier global criteria”.

Following Mumbai, the championship will move to Jaipur for the penultimate leg in February. It will then head to the Buddh International Circuit in March for the grand finale.