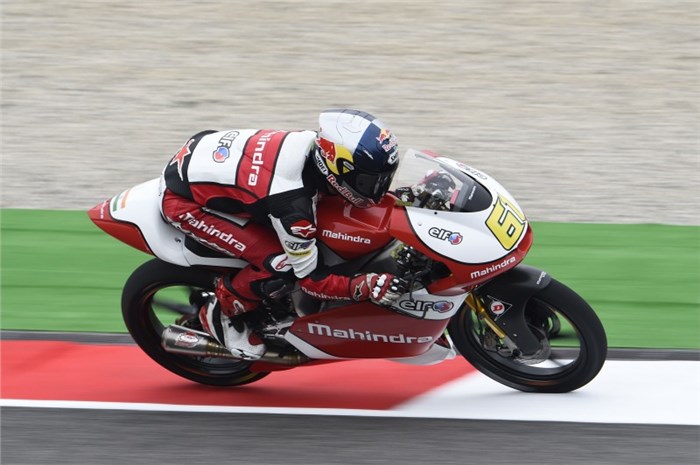 Anand Mahindra, chairman, Mahindra Group has announced that Mahindra Racing has partnered with the Aspar Team and the two companies' combined efforts will produce race-ready motorcycles for the 2015 Moto3 Championship.

Jorge ‘Aspar’ Martinez is the founder of the team and has won four world titles, and over 130 other mentionable victories in the international racing scenario. Aspar has been associated with the world of MotoGP since 1992 and has already secured three promising young riders – Jorge Martin, Juan Guevara and Francesco Bagnaia ­– for the coming season in 2015.

Under the new partnership, the Aspar Team will concentrate on running the team and training the riders. Mahindra will provide support to the Aspar Team through a newly opened technical base at Besozzo near Varese in Italy, to develop the motorcycles.

Mahindra Racing has completed its third year in Moto3, and has earned four podium spots and victories since then. Mahindra, however, announced that it will no longer compete in Moto3 with its own name, but will instead, boost the existing familiar names in Moto3 such as the Aspar Team. Now, Mahindra will supply nine race-ready motorcycles to four customer teams in the Moto3 World championship.