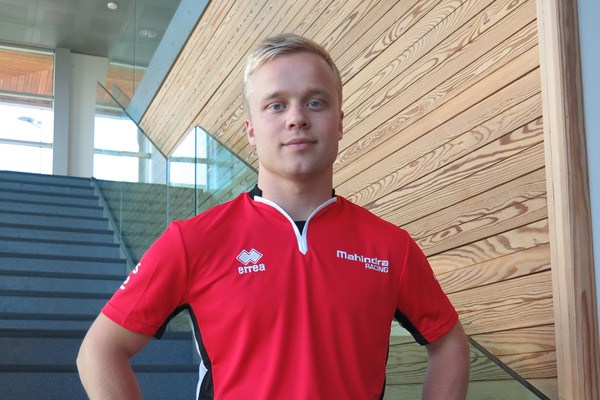 Esteban Ocon's Formula 1 call-up by the Manor team led to Rosenqvist getting promoted to second ART Mercedes in the DTM, and the Swede scored a point on his debut at Moscow Raceway last weekend.

"Racing in Formula E will be something genuinely brand new to me, and I'm thrilled to be making this move at an exciting time of my career," said Rosenqvist. "It's a step into the unknown and I'm sure it will be very different from anything I've done before, but I've had a very warm welcome by Mahindra Racing and I have a strong and experienced team-mate in Nick.

I've already tested the car and I look forward to intensifying our preparations over the coming days and weeks." He continued, "I do expect a steep learning curve, particularly with the technology in Formula E being so different to what I'm accustomed to. You need to be fast, as always, but you also have to be clever and energy-efficient." In addition to his Mercedes commitments, Rosenqvist has undertaken an Indy Lights campaign for Belardi Auto and recently completed his first IndyCar test with an outing at Mid-Ohio for Chip Ganassi Racing.

Heidfeld stays on for a second season with Mahindra, having finished 10th in the drivers' standings in the 2015-16 campaign. He scored a podium on his first appearance with the team in Beijing last year, but his campaign was disrupted by a hand injury picked up in the second race in Putrajaya. Heidfeld was forced to miss the Punta del Este ePrix, but after finishing in the points on his return in Buenos Aires he went on to score in five of the remaining six races.