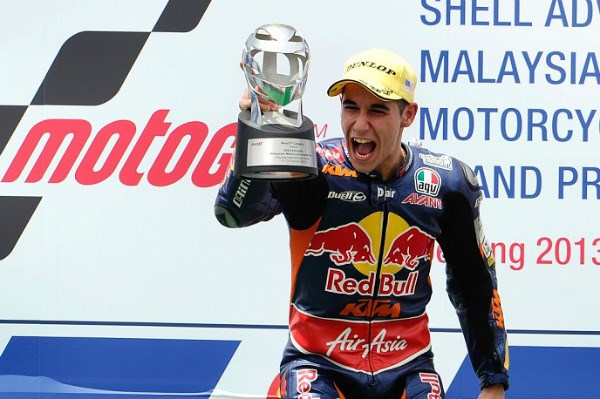 Luis Salom, the Spanish motorcycle racer passed away after a crash during a practice session at the Catalunya Moto2 Grand Prix in Barcelona.

Salom lost control of his Kalex motorcycle and crashed at turn 12 of the racetrack on Friday afternoon. Two medical cars, two ambulances and a medical helicopter were sent to the scene of the crash, from where the 24-year-old rider was transferred by road to Hospital General de Catalunya. He underwent surgery but passed away at 4:55pm local time, as per a statement from Moto GP.

Salom made his World Championship debut in the 2009 Moto3 Spanish Grand Prix in the 125cc category and finished on the podium in 25 races, of which, he bagged nine victories. He stood second and third in Moto3 in 2012 and 2013, the latter after battling Maverick Vinales and Alex Rins in the season finale.

He’s also finished on the podium thrice in his 42 appearances in the Moto2 World Championship. This includes a second position finish in the opening round of the 2016 season opener at the Losail International Circuit, Qatar, which was held in March.

Previous casualties in World Championship Grand Prix motorcycle racing include Marco Simoncelli who in 2011 was involved in a crash at the Sepang MotoGP race (Malaysia), and Shoya Tomizawa at Misano, Italy in 2010.