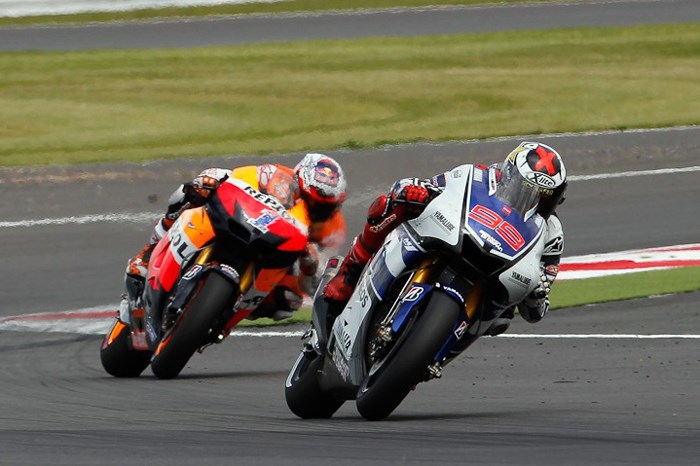 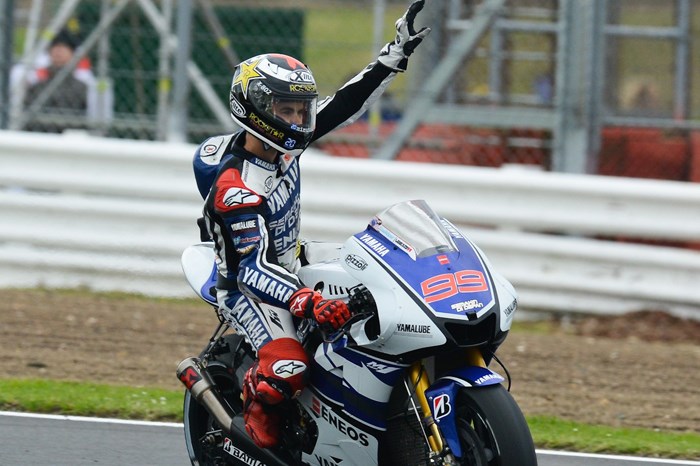 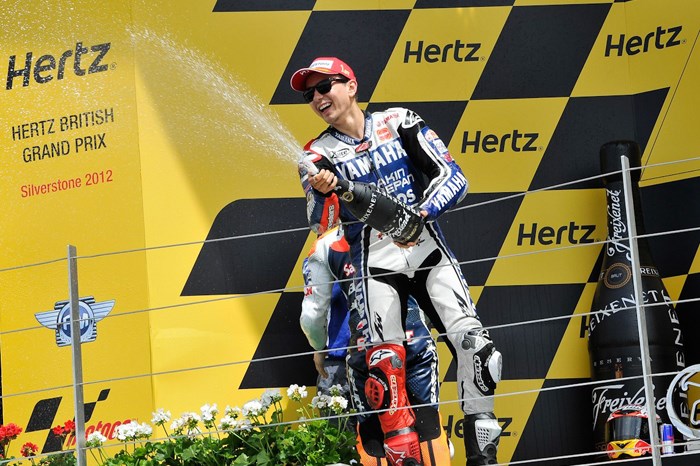 At half-race distance he made his move, barging past Stoner through the last corner, withstanding a brief period of resistance from the Honda and then sprinting off to an easy win. Behind him, it was a battle between the Hondas of Stoner and Dani Pedrosa. Having lost the lead to Lorenzo, Stoner seemed to suddenly struggle for tyre grip. However, he was able to narrowly hold on to second place, with Pedrosa settling for third after an unsuccessful lunge on the final lap.

Polesitter Alvaro Bautista did a solid job on the Gresini Honda, running with the leaders throughout the race and eventually taking a fine fourth place. Spies was fifth, having quickly gone backwards after losing the lead in the opening laps of the race. Cal Crutchlow (Tech 3) was the star of the race, charging from the back of the grid to sixth place despite having an injured foot from Friday's crash. The Brit made a stunning run through the field, stealing sixth from Nicky Hayden (Ducati) on the very last lap.

Aleix Espargaro was the best of the CRT machines, finishing 11th on the Aspar Aprilia.