Lights to flag win for Narain at Nurburgring

Having secured his third consecutive pole at the venue earlier in the weekend, Narain managed to capitalise on his advantage at the start. 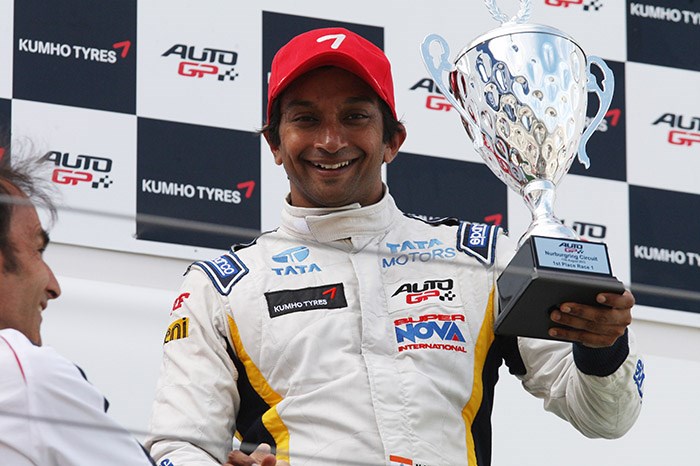 Narain Karthikeyan secured his third consecutive victory at round six of the 2013 Auto GP World Series at the Nürburgring Circuit in Germany.

Having secured his third consecutive pole at the venue yesterday, Narain managed to capitalise on his advantage at the start, but faced stiff opposition from Italian GP2 driver Kevin Giovesi and his Super Nova teammate Vittorio Ghirelli.

But the Indian always seemed to have enough in hand to keep the Italian duo at bay and managed to cross the line in the top spot 23 laps later.

“It feels great to win at Nurburgring – it is a historic venue and it was amazing to hear the Indian national anthem playing in front of packed grandstands”, said an elated Narain.

“We knew we had the pace to maintain the lead and I managed to get off the line well so it was all about controlling the pace, even though Giovesi came quite close at times”, he continued.

After leading from the start and opening up a nearly two second gap, Narain pitted on lap 18 for the mandatory tyre change, and the Super Nova crew executed a near-perfect pit-stop to ensure that he maintained his advantage.

“I was praying for decent stop as I haven’t had the best luck in the pits this year, but the guys really nailed it this time”, he added.

The victory, along with one point for yesterday’s pole position has taken Narain’s points tally to 122 points in the championship, which means he is 17 points behind third placed Vittorio Ghirelli.

“We are closing the gap to the leaders but we need some solid points tomorrow as well to make further progress. Starting eighth [as per reversed grid] it won’t be easy but I will try to keep my nose clean and finish as far up ahead as possible”, remarked Narain.

“Rain is also predicted so anything can happen!”, he signed off.