Kubica to participate in Hungary F1 test with Renault 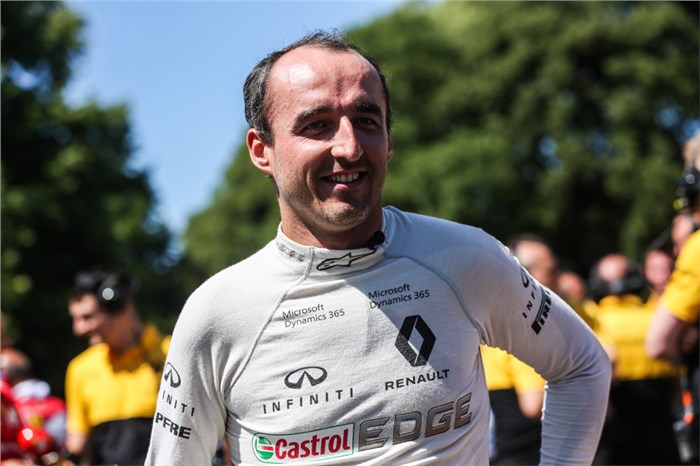 Renault F1 Team has confirmed that Robert Kubica will test the team’s current Formula 1 car at the in-season test to be held after this week’s Hungarian GP. The team has been weighing up for several weeks whether to run Kubica in the test, in its bid to better understand if the Polish driver is capable of an F1 return in 2018.

Kubica will drive on the second day of the two-day test, which begins on the Tuesday after the Hungaroring event. Renault F1 managing director Cyril Abiteboul is clear that the Hungary run will be about getting a full assessment on what role Kubica could take on in the future, following his recent running in 2012 F1 machinery.

"The first two days of testing allowed both Robert and ourselves to gather a great amount of information," said Abiteboul.

"The upcoming session with the RS17 at the Hungaroring will allow us all to obtain detailed and precise data in a current car and representative conditions. After this test, we will carefully analyse the collected information to determine in what conditions it would be possible for Robert to return to competition in the upcoming years."

The Hungary test situation was complicated for Renault because Kubica's experience of Formula 1 meant he is officially classified as a non-rookie driver - so if he ran it would have to be at the expense of either Jolyon Palmer or Nico Hulkenberg.

The FIA regulations demand that two of the four in-season test days are completed by drivers who have competed in no more than two grands prix. Kubica completed 76 Formula 1 races in his career for BMW Sauber and Renault. With Renault having run Hulkenberg for one day in Bahrain, it meant that it only has one day remaining for a race driver.

Renault test driver and Formula 2 racer Nicholas Latifi will take over for the second day of the Hungaroring test.