The fastest Indian is set for Japan-based Super Formula series in 2014 with support of Tata Group and Tata Motors. 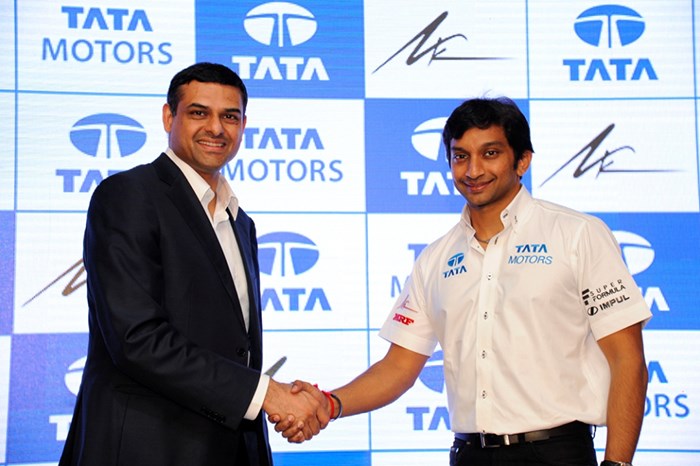 Narain Karthikeyan is set to compete in the Japan-based Super Formula series – the fastest single-make championship in the world.

Having switched to a new Dallara SF14 chassis powered by a two-litre, 550bhp turbocharged engine, Super Formula is likely to end up only a couple of seconds off Formula 1 pace, and significantly faster than any other racing category including GP2.

Pre-season testing has shown that the new SF14 cars are merely three seconds off compared to 2013 F1 cars in race pace despite the fact that the Super Formula has only a single tyre compound at its disposal (supplied by Bridgestone), which is significantly harder compared to soft and super soft Pirelli F1 compounds.

With the new 2014 turbocharged F1 cars being around four seconds slower compared to their predecessors, the Super Formula will in fact be the fastest championship in the world until F1 boffins master the complex turbo and hybrid power unit and exploit the restrictive aero/chassis regulations completely.

Meanwhile, Tata Group and Tata Motors have confirmed their continued support to Narain – an association that began in 2002 with the Telefonica World Series.

Speaking to Autocar India, Dr. Mukund Rajan, Member – Group Executive Council and Brand Custodian, Tata Sons remarked, “It has always been clear is that Narain is a superb talent that legitimately represents India on a global stage. We’ve never had anybody quite like him and it is delightful to see last season [Auto GP] that he’s racing so well, he’s probably at the top of his game we hope he’ll sustain his run of success into Super Formula this year”.

He continued, “Every driver has ups and downs, but what has been terrific for us to see is that he has been consistently committed to the sport and he has never given up, even though in India I don’t think we’ve pulled out all the stops to support him. So I think now at a stage where he’s performing well, he deserves the support of all Indians we hope that he’ll do really well.”