A preliminary round running previous-generation F3 cars will be held as part of the last round of the 2019 JK Tyre National Racing Championship at the Buddh International Circuit. 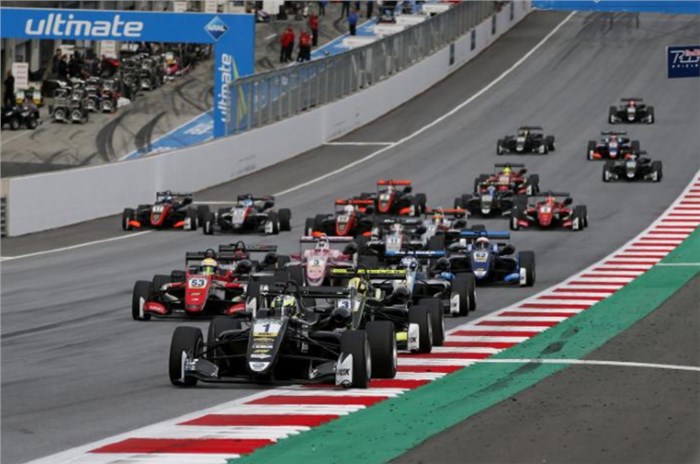 JK Tyre is currently laying groundwork to launch a new motorsport series in India that sees participants competing in previous-generation Formula 3 (F3) cars, as revealed by Sanjay Sharma, Head of JK Tyre Motorsport. The cars in question will be the same spec as the ones raced in the 2018 Formula 3 European Championship that Indian racer Jehan Daruvala and Mick Schumacher – son of seven-time F1 world champion Michael Schumacher – both competed in last year.

Additionally an exploratory round of races using the same cars will be held as part of the last round of the 2019 JK Tyre FMSCI National Racing Championship at the Buddh International Circuit in November this year. “This will be the next level of racing. In its inaugural session we need to run it at the Buddh International Circuit because the safety standards and all that is expected of a track is best available here,” said Sharma, speaking to Autocar India. He also said that this preliminary round will essentially be a test bed to showcase the ability of both, the drivers and the organisers, to host such a series in India.

The event will be run as a non-championship round and will feature a mix of international and Indian drivers – including some who previously raced in the championship’s now-discontinued Euro JK class. Sharma further highlighted the importance of having a mixed grid, saying, “In the last few years, the kids who were at the top, whoever had to unleash in the international world has already happened. But in the last two-three years there has been no addition to that crop. Back home in India, there are a couple of them who, if given a chance, are ready to explore internationally, both from a budget and talent point of view. In that situation, it is ideal to get a running grid down to India where you have reigning lead international drivers on the grid and you also put your national probables on the same grid. So you have created a fantastic opportunity for the Indian drivers to test the waters in their own homeland, in their own environment and then see where the future takes them.”

The 2019 edition of the JK Tyre FMSCI National Racing Championship was held on July 27-28, 2019 at the Kari Motor Speedway in Coimbatore, but its former flagship Euro JK class was missing from the championship line-up. Sharma revealed that the decision was made to discontinue the series mainly due to a decline in fresh talent over the years – partly owing to the rising costs of karting in the country. With the series now on a sabbatical, JK Tyre Motorsport has shifted its focus to strengthening Indian motorsport at the grassroots; meanwhile, the newly revamped National Karting Championship (which now includes a four-stroke class) is part of the plan.